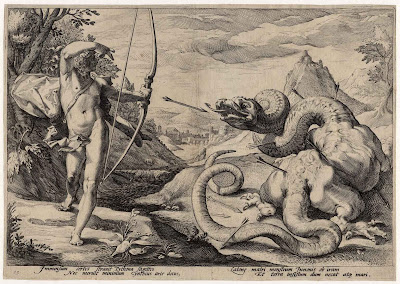 The British Museum offers the following description of this print:
“Plate 13: Apollo killing the Python; the god standing at left and pointing a big bow at the monster; after Hendrik Goltzius.” (http://www.britishmuseum.org/research/collection_online/collection_object_details.aspx?objectId=3103131&partId=1&searchText=Goltzius+apollo&page=1)

Condition: an exceptionally rare, richly inked and well-printed impression with thread margins in excellent condition (i.e. there are no tears, holes, stains or foxing but with a light centre fold that is flattened).

I am selling this stunning, lifetime impression (based on the crispness of the faultless impression) of a print that is very seldom seen on the market for the total cost of AU$460 (currently US$347.48/EUR325.08/GBP282.85 at the time of posting this print) including postage and handling to anywhere in the world.
If you are interested in purchasing this fabulous engraving from the 16th century, please contact me (oz_jim@printsandprinciples.com) and I will send you a PayPal invoice to make the payment easy. 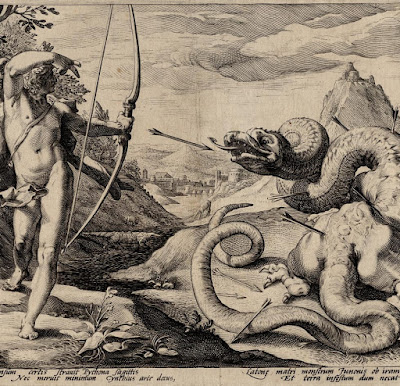 So much is written about Goltzius that I have decided to focus on an issue that is seldom (if ever) discussed: why women and monsters are shown on the right side of men.

Clearly this is a topic that few men would wish to engage with—it’s far too dangerous—but it is a phenomenon that I have noticed in so many prints that I feel that it’s time to address this interesting arrangement. Of course, printed images like this engraving are often mirror images of the original design. After all, the printing process reverses the image drawn on the plate.  Accordingly, this print may have been conceived with Apollo on the right and the monster on the left. I simply don’t know and the truth may be an inconvenient reality for the present discussion. Even disregarding what may be an awkward truth, this is not the sole image in art where men, as a thinking and calculating force, are portrayed on the left and the complementary feminine emotional force is portrayed on the right. For example, one only has to think of the many images of Adam and Eve in the Garden of Eden, such as the one that I posted not long ago, to appreciate the point that I am making: men are shown on the left and women are shown on the right. Indeed, so entrenched is the idea that the analytical elements of a composition are shown on the left and the emotionally pregnant aspects are shown on the right that even advertisements of cars are based on this arrangement with factual information on the left (e.g. fuel consumption and how many kids can fit into the vehicle) and how we might feel when driving the car expressed on the right. 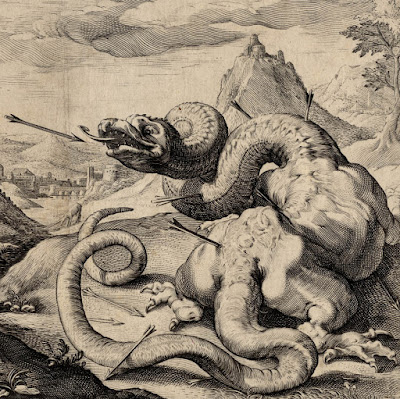 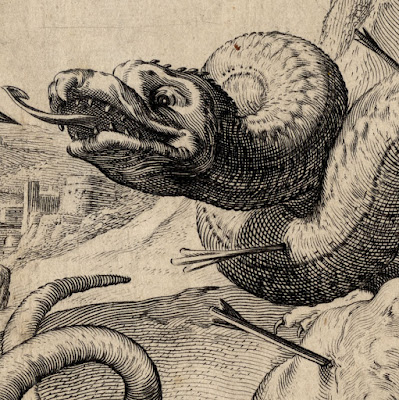 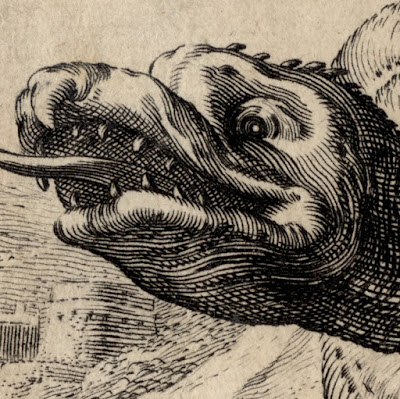 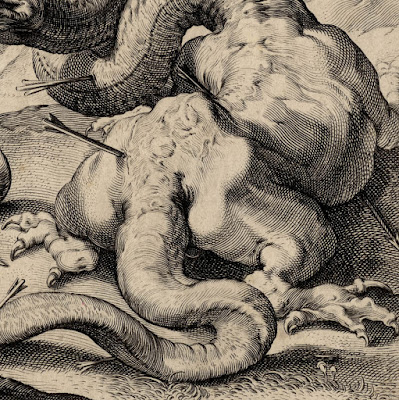 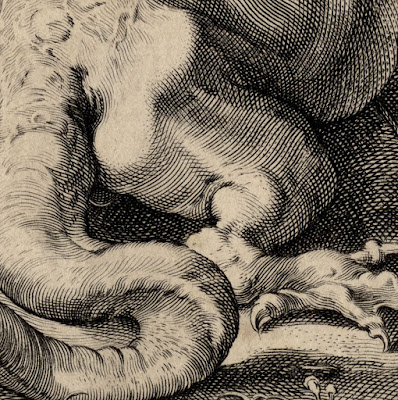 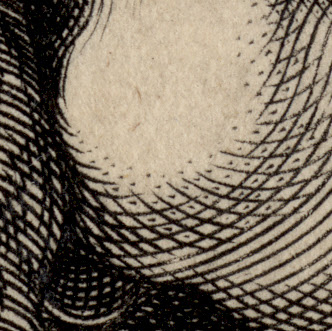 Posted by printsandprinciples at 05:27