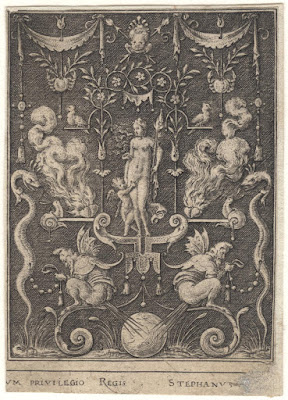 Étienne Delaune (aka Stephanus) (c1518–83) Note: Delaune signed his prints “Stephanus” or “S. Goldsmith”, hence the inscription “STEPHAN[U]S” shown in the plate below the image borderline in at lower right.

“Venus with Cupid between Four Burning Hearts”, c1560 (but not later than 1572/73), plate five from the series of six plates of Roman deities, “Grotesques of Classical Divinities” (Harvard) or “Flat Decorations with Figures of gods in Frames of Grotesques” (Rijksmuseum).

(Note: the BM has the complete set of this series; see: http://www.britishmuseum.org/research/collection_online/search.aspx?searchText=Gg,4D.68. Regarding the attribution of a date for this print, according to the curator of the BM, the plate was executed before Delaune’s departure from France [1572/73])

Engraving on fine laid paper lined onto an early laid paper support sheet and trimmed along (or slightly within) the platemark.
Size: (sheet) 7.3 x 5.2 cm; (image borderline) 6.5 x 5 cm
Lifetime impression of the only state

The British Museum offers the following description of this print:
“Grotesque print on dark ground, with Venus and Cupid, standing between burning hearts in the middle of an elaborate structure inhabited by various creatures” (http://www.britishmuseum.org/research/collection_online/collection_object_details.aspx?objectId=1420384&partId=1&searchText=Delaune+venus+cupid&page=1)
See the Rijksmuseum for a description of this print: http://hdl.handle.net/10934/RM0001.COLLECT.447936
See also Irene Margaretha de Groot 1988, “Ornamentprenten in het Rijksprentenkabinet”, Rijksmuseum, p. 243, cat.nr. 562.4

Condition: crisp, lifetime impression trimmed along (or slightly within) the platemark and lined by an early conservator onto a support sheet of laid paper. The sheet is in excellent condition, but there is a replenished loss to the lower right corner and there are remnants of past mounting and pencil notes (verso).

I am selling this small and finely executed print for the total cost of AU$162 (currently US$128.82/EUR108.49/GBP95.38 at the time of posting this listing) including postage and handling to anywhere in the world.

If you are interested in purchasing this miniature masterpiece showcasing Delaune’s 16th century interpretation of Roman ornament, please contact me (oz_jim@printsandprinciples.com) and I will send you a PayPal invoice to make the payment easy. 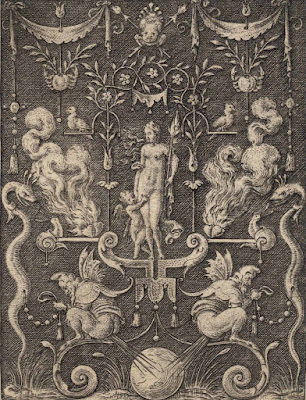 Delaune’s prints need to be seen in their true size to fully appreciate how tiny they are. This print, for example, is only slightly larger than a matchbox. The size, however, only makes a viewer examine them like the small jewels that they are. Once the process of examining them with the mind “switched on” to really looking at what is shown in each image one’s jaw can drop very quickly.

In this little nugget of detail, for instance, I was surprised—shocked actually—to see demon-chaps towards the bottom of the image without pants and with wings that would never get them airborne in the act of farting! Awful and funny at the same time. Not only are they passing wind but they also seem to be holding the guts—or a string of eggs—extracted/passed from grimacing serpents disposed on both sides of the composition.

As one’s eye moves in on the depiction of a very graceful Venus at the centre of the composition another surprise awaits the scrutiny of sensitive folk: the little cupid on her right is engaged in a lewd activity with Venus' private parts … or is he simply protecting the Venus from our gaze?

I guess that the real discovery after examining this wonderful print is realising that Delaune would have been a real party animal in his everyday life. 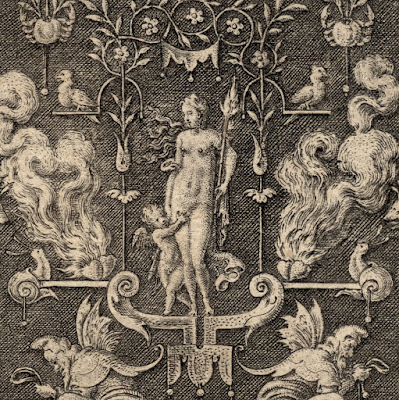 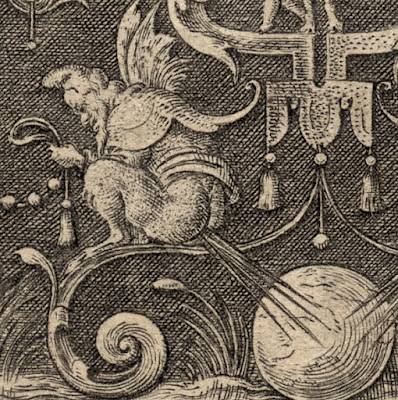 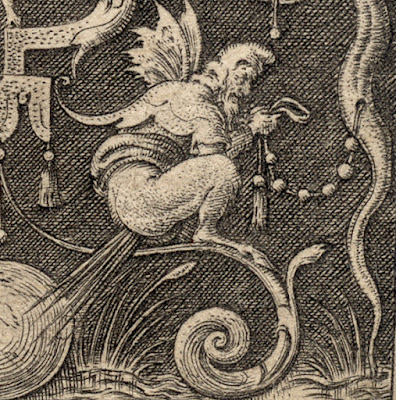 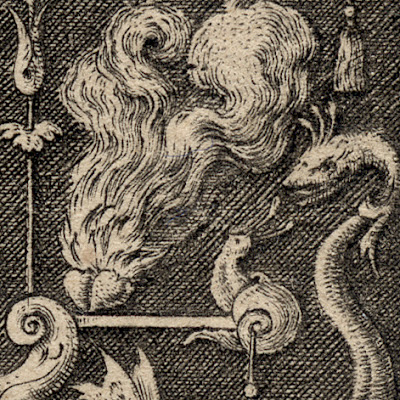 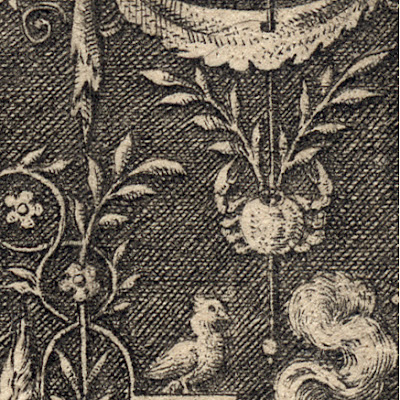 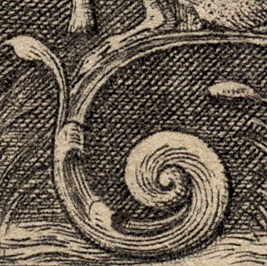 Posted by printsandprinciples at 06:16