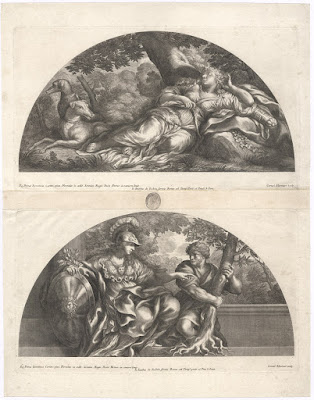 The British Museum offers the following description of the upper engraving, “Diana” (Hollstein Dutch 75):
“Diana asleep in a landscape under trees with her two dogs; a plate from Rossi's series of engravings of Pietro da Cortona's frescoes in the Pitti Palace in Florence.”
(http://www.britishmuseum.org/research/collection_online/collection_object_details.aspx?objectId=3269234&partId=1&people=132002&peoA=132002-2-60&page=1)
See also the description of “Diana” at the Rijksmuseum: http://hdl.handle.net/10934/RM0001.collect.81386

The British Museum offers the following description of the lower etching (with engraving), “Minerva” (Hollstein Dutch 75):
“Minerva seated at left, resting her right arm on a shield; she is turned towards Cecrops who is holding a tree at right; landscape with trees in the background, after Pietro da Cortona's lunette …”
(http://www.britishmuseum.org/research/collection_online/collection_object_details.aspx?objectId=3444223&partId=1&searchText=1871,0812.3697&page=1)
See also the description of “Minerva” at the Rijksmuseum:
http://hdl.handle.net/10934/RM0001.COLLECT.482314

Condition: both prints are crisp impressions and in good condition for their age (i.e. there are no tears, holes, folds, significant abrasions, stains or foxing) with only minimal signs of handling in terms of minor surface marks. The glued assemblage is skilfully handled by a past collector whose oval seal is stamped towards the centre of the glued sections.

I am selling this very elegant—and very rare—assemblage of prints showing classical Greek gods with their symbolic attributes (e.g. Diana with her sickle of the moon on her forehead quiver and hunting dogs and Minerva with her armour, shield, helmet and an olive branch), for the total cost of AU$239 (currently US$179/EUR150.61/GBP132.35 at the time of posting these engravings) including postage and handling to anywhere in the world.

If you are interested in purchasing this large and impressive grouping of two important prints by one of the most famous of the 17th century old masters, please contact me (oz_jim@printsandprinciples.com) and I will send you a PayPal invoice to make the payment easy.

Note: In my previous post I offered the other two prints from the same series of four plates. 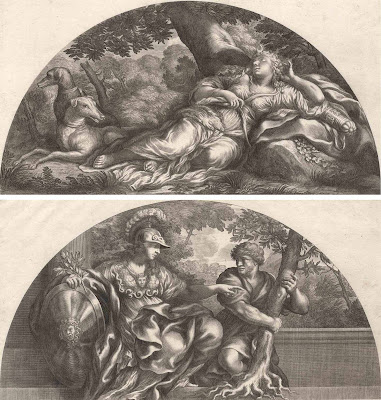 The stories behind the two goddesses shown here (viz. Diana and Minerva) are easy to "Google" and so I thought I would add a few thoughts about a subject that is less often discussed linking them: childbirth. Diana’s connection with childbirth is rather obvious as this goddess, as the “virgin huntress,” has become the symbol of chastity and (according to the British Museum’s biographical details for Diana) is “associated with helping women at childbirth.”

Less obvious is Minerva’s connection with childbirth and here I wish to draw upon this goddesses’ own birth and it is a VERY unusual story!

My version of the story of Minerva’s childbirth is that her mother, Metis, was swallowed by Jupiter (after tricking her into becoming a fly) because Jupiter wished to ensure that Metis would be unable to have a child that could grow up and replace him as the boss of heaven.

From this point in the story it becomes really fascinating.

Metis the fly in Jupiter’s stomach starts to forge armour for her developing foetus. The racket that Metis makes doing her metal work for the armour gives Jupiter a serious headache and he discusses options of how to remedy his sore head with the god of the forge, Vulcan (see the previous post featuring the print, “Vulcanus”). Vulcan’s manly solution to Jupiter’s request for help with his pounding headache is swift and helpful as he splits Jupiter’s head with a hammer. Interestingly, and unexpectedly, Minerva, who was once Metis’ foetus but has developed into an agile young lady freshly born leaps out of the cleft in Jupiter’s split head to take on governance of the heavenly realm.

In the lower print showing Minerva clad in her armour there is one other figure that adds another dimension to Minerva’s connection with childbirth: the mythical figure of Cecrops (aka Kekrops) holding a tree. For those unfamiliar with Cecrops, this is the legendary first king of Athens who is cherished for civilizing Attica with the institution of marriage replacing the indiscriminate and rampant promiscuity. 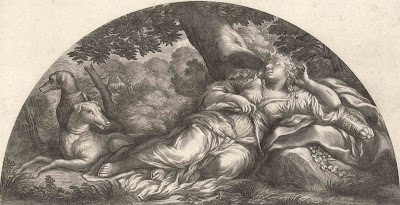 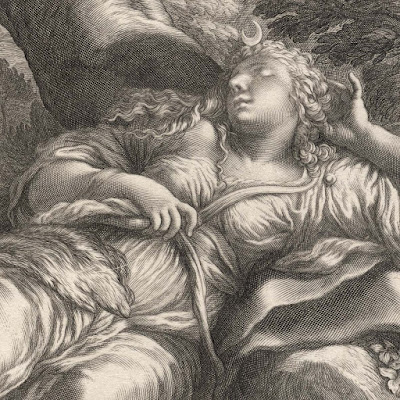 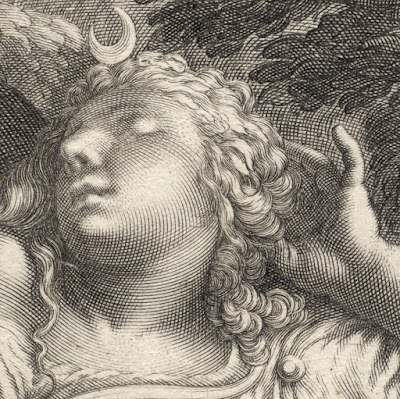 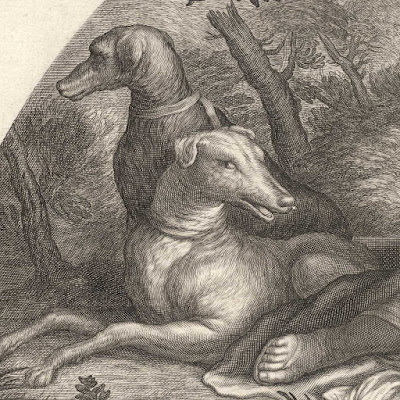 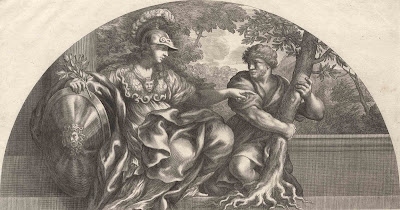 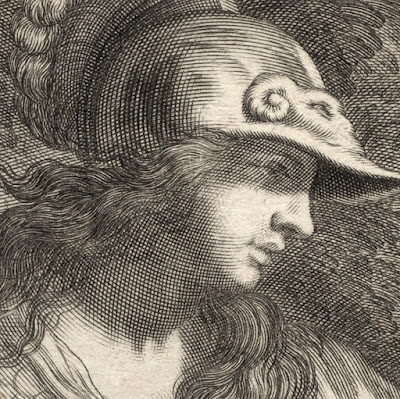 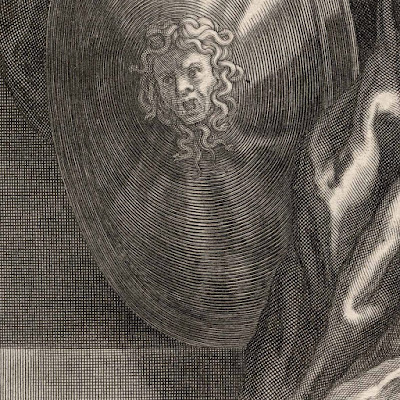 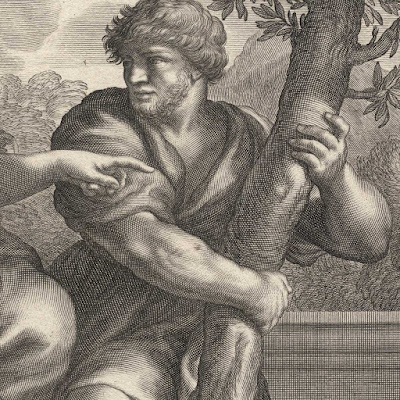 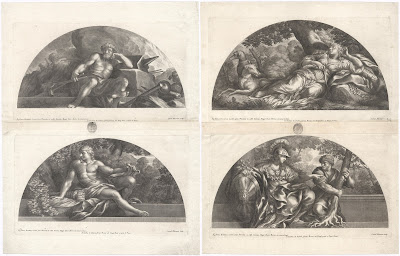 Posted by printsandprinciples at 06:55