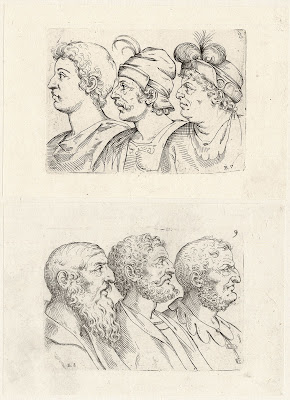 Odoardo Fialetti (1573–1626/1627)
(upper) “Plate 8: Three Male Heads in a Row Facing Left” (aka “Three Busts of Men, in Profile”; “Trois bustes d’nommes vus de profil …” [Bartsch title], 1608.
(lower) “Plate 9: Three Male Heads in a Row Facing Right” (aka “Three Busts of Old Men, in Profile”; “Trois bustes de vieillardes vus de profil et tournés vers la droite” [Bartsch title], 1608.
Both etchings are from the series of 38 plates to two drawing manuals of instruction, “Il vero modo et ordine per dissegnar tutte le parte et membra del corpo humano” (The true way and order to draw all the parts and members of the human body), published in 1608 by Justus Sadeler (1583–1620) in Venice. This pair of impressions is from a later edition with changes to the plate numbers and with the addition of the letter “B”.
The pedagogy behind the series of instructional plates is, according to the Curator of the British Museum (see BM no. 2AA+,a.11.1), “to divide the human body systematically into its parts, providing models for copying them individually and then for putting them together. The starting point was the head, divided into its parts, beginning with the eyes and going on to the ears, nose, mouth and chin, with finally the whole head". From what I understand, the student begins with copying simple outlines (i.e. no shading) from the plates in this manual with the order of the plates offering advances in complexity before ultimately moving to study three-dimensional casts with shading.
Alexandra Arvilla Greist discusses the recently discovered text that accompanied these plates in her article in the “Burlington Magazine”, January 2014, pp.12-18.
Etchings on separate sheets of laid paper backed with a support sheet.
Size: (each sheet) 13.7 x 20.1 cm; (each plate) 10.2 x 14.3 cm.
Both etchings inscribed on plate with the plate numbers in upper right corners (“8” and “9”) and along the lower edge: (upper plate at right) “B. 7” and (lower plate at left) “B. 8”.
(Plate 8) TIB 38(17).219(299) (Sebastian Buffa [ed.] “The Illustrated Bartsch: Italian Artists of the Sixteenth Century”, vol. 38, New York, Abaris Books, p. 325); Bartsch XVII.299.219
See the description of this print at the British Museum:
https://research.britishmuseum.org/research/collection_online/collection_object_details.aspx?objectId=1450015&partId=1&searchText=ODOARDO+FIALETTI&page=2
(Plate 9) TIB 38(17).220(299); Bartsch XVII.299.220
See the description of this print at the British Museum:
https://research.britishmuseum.org/research/collection_online/collection_object_details.aspx?objectId=1450012&partId=1&searchText=ODOARDO+FIALETTI&page=2
Condition: two well-printed strong impressions with margins in excellent condition (i.e. there are no tears, holes, folds, losses, abrasions, stains, foxing or significant signs of handling) laid upon a single archival support sheet of millennium quality washi paper.
I am selling this pair of early etchings from Fialetti’s instructional drawing book—published two years after Rembrandt was born—for AU$408 (currently US$278.46/EUR251.25/GBP212.35 at the time of this listing) including postage and handling to anywhere in the world (but not, of course, any import duties/taxes imposed by some countries).
If you are interested in purchasing this remarkable pair of etchings designed to help art students learn how to draw heads in incremental stages, please contact me (oz_jim@printsandprinciples.com) and I will send you a PayPal invoice to make the payment easy.
This pair of prints have been sold 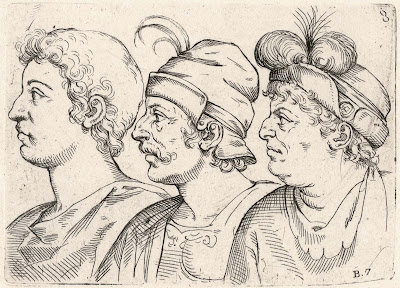 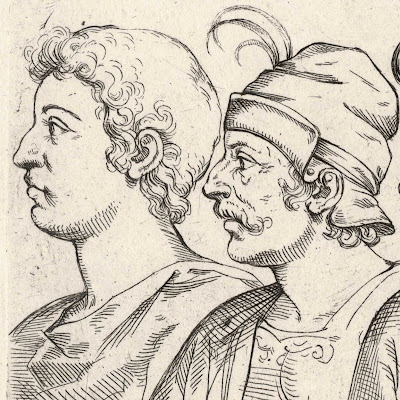 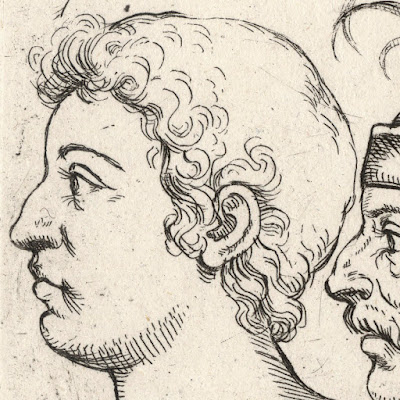 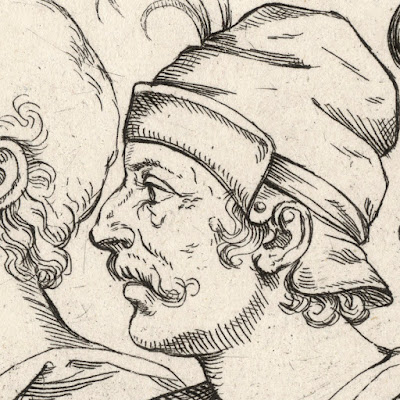 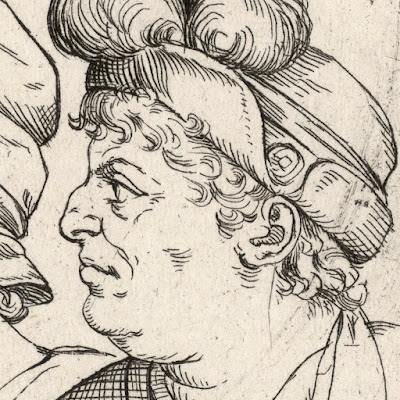 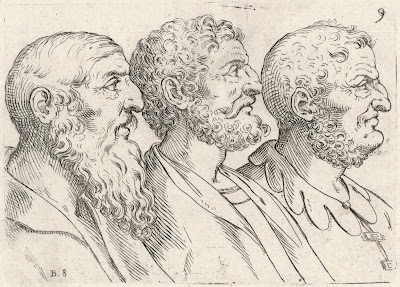 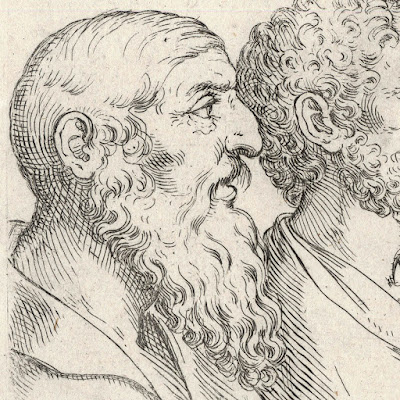 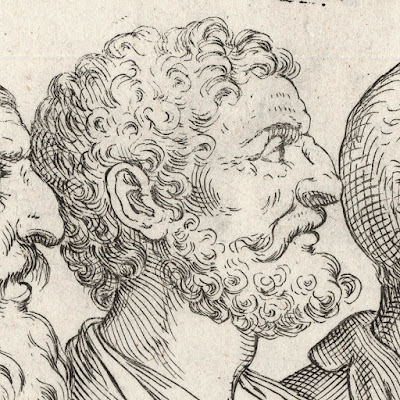 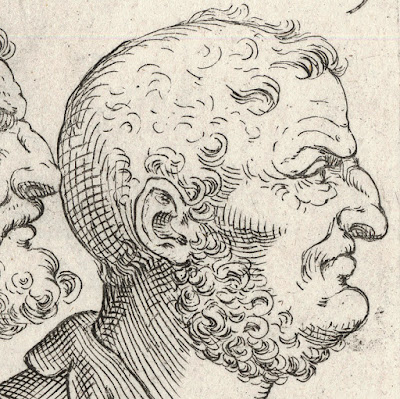 Posted by printsandprinciples at 01:09