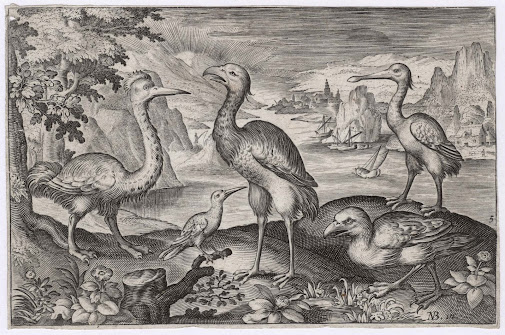 “Five Birds Including Spoonbill” (aka “Vijf vogels waaronder lepelaar”), c1594, plate 5 after the series of engravings by De Bruyn—the British Museum advises that there are 13 plates in the series [Z,1.95] whereas the Rijksmuseum proposes that there are 12 plates [RP-P-1898-A-20003])—“Birds and Insects” (aka “Vogels en insecten”), possibly published following the different editions of De Bruyn’s plates by Francoys van Beusecom (aka Francoys van Beusekom) (fl.1642–1665), Ahasuerus van Londerseel (aka Assuerus Londerssel) (1572–1635) and Carel Allard (aka Carolus Allard; Carel Allardt; Carel Allart) (1648–1709).

Engraving on laid paper trimmed with a thread margin around the image borderline.

“Landscape with several birds on a river-bank, such as cranes, small sailing boats in background; from a series of thirteen prints showing birds and insects. 1594”

See also the description of De Bruyn’s engraving offered by the Rijksmuseum with reference to another series:

(Transl.) “Print from a series of twelve prints with birds and insects. Sheets from another series of prints are depicted at Hollstein, see De Groot 1988, p. 37.”

Condition: near faultless early impression showing no sign of wear to the printing plate, trimmed with a thread margin around the image borderline in excellent/near pristine condition.

I am selling this superb engraving by an unidentified printmaker after Nicolaes de Bruyn’s engraving, for the total cost of AU$208 (currently US$146.23/EUR125.64/GBP114.74 at the time of this listing) including Express Mail (EMS) postage and handling to anywhere in the world, but not (of course) any import duties/taxes imposed by some countries.

If you are interested in purchasing this marvellous jewel of early engraving showing water birds, please contact me (oz_jim@printsandprinciples.com) and I will send you a PayPal invoice to make the payment easy. 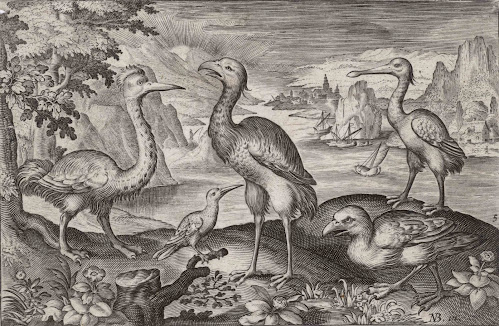 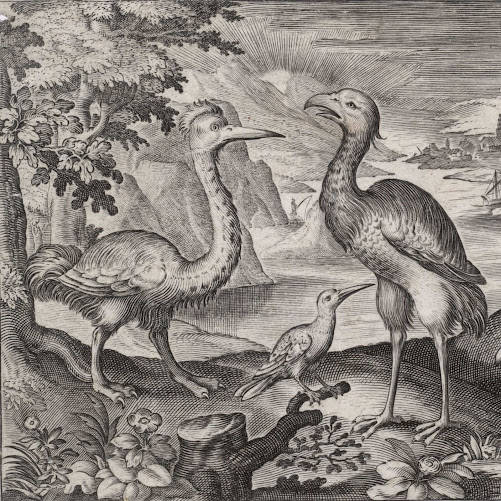 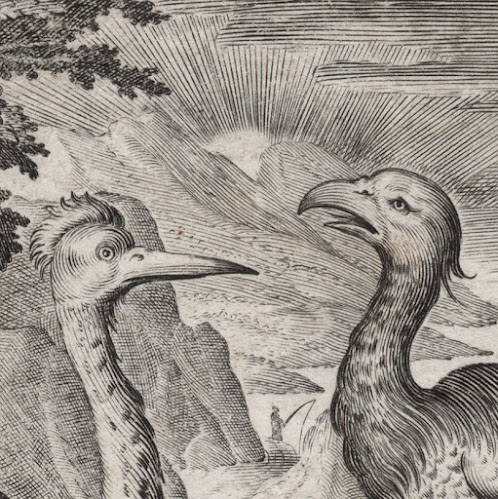 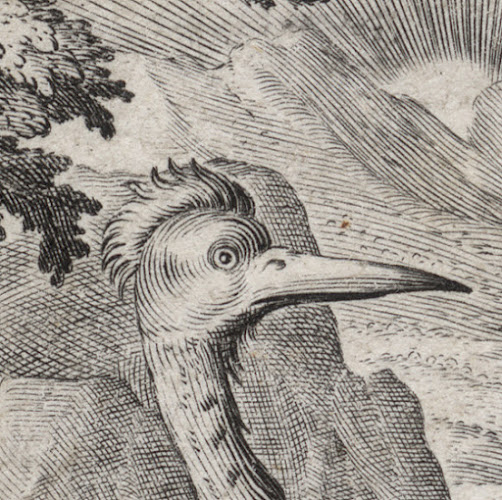 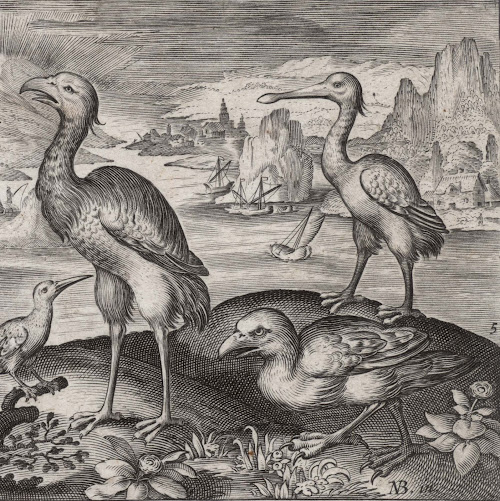 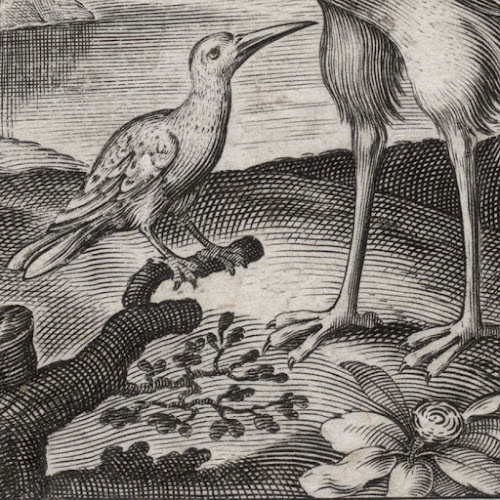 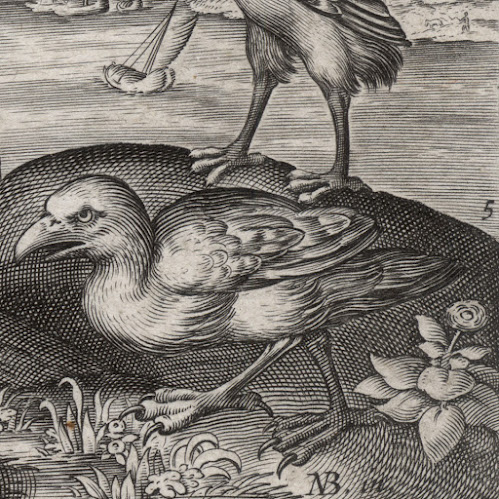 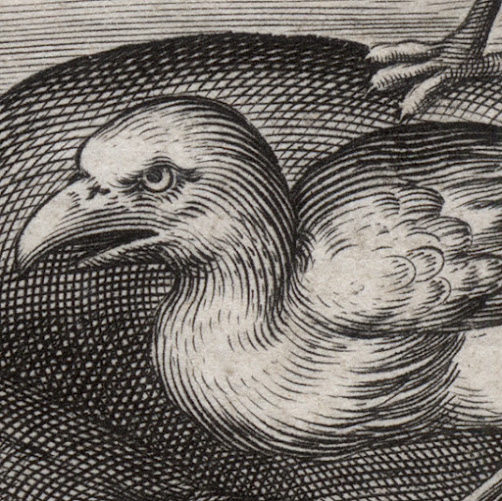 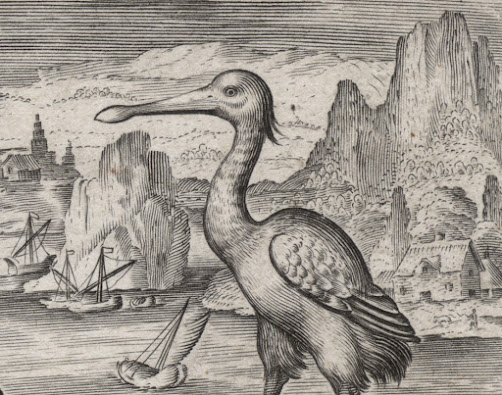 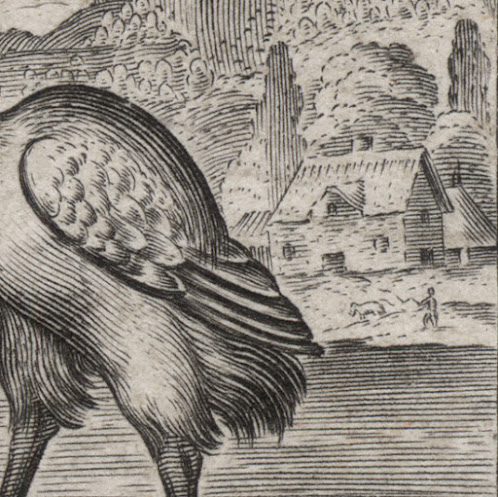 Posted by printsandprinciples at 04:35