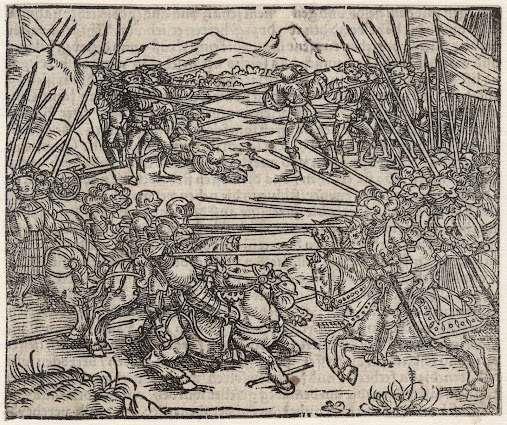 “The Battle of Zama”—Scipio Africanus (aka Publius Cornelius Scipio Africanus) (236–183 BCE) defeating Hannibal in 202 BCE, c1505, woodcut illustration to Titus Livius’ “The History of Rome” (aka “Ab urbe condita” [from the founding of the City]), initially published in 1505 by Johann Schöffer (1475?–1531) in Mainz, followed by Johann Grüninger (1455–1533) in 1507 in Strasbourg, and later between 1533 to 1546 by Iuonem Schöffer (fl.c1530–c1550) in Mainz with the illustration featuring on page CLXXVIII (178) in “Römische Historien, jetzundt mit ganzem Fleiß besichtigt, verbessert und vermehrt” (Roman histories, now viewed with all diligence, improved and increased) (see: https://archive.org/details/bub_gb_x0lTAAAAcAAJ/page/n396/mode/2up). I apologies if there are inaccuracies in these details.

“To depict scenes for the book, Conrad Faber used sketches which he had made during his travels along the Rhine. Thus identifiable towns on the Rhine were used to illustrate sieges and 16th century German dukes represented Roman leaders” (https://www.worthpoint.com/worthopedia/medieval-original-woodcut-1533-conrad-463082236).

Woodcut on fine early laid paper with letterpress fraktur text (recto), trimmed around the image borderline and backed with a support sheet.

Condition: richly inked and well-printed impression without significant signs of wear to the printing plate and is laid upon a support sheet of fine archival/millennium quality washi paper. The sheet is in an excellent condition for its considerable age with no tears, holes, folds, abrasions, significant stains or foxing.

I am selling this superb woodcut masterpiece from 1505—note the cannon-like wheel-mounted crossbow on the left—for AU$254 (currently US$193.26/EUR162.43/GBP141.15 at the time of this listing) including postage and handling to anywhere in the world (but not, of course, any import duties/taxes imposed by some countries).

If you are interested in purchasing this woodcut of extraordinary quality in a museum quality condition, please contact me (oz_jim@printsandprinciples.com) and I will send you a PayPal invoice to make the payment easy. 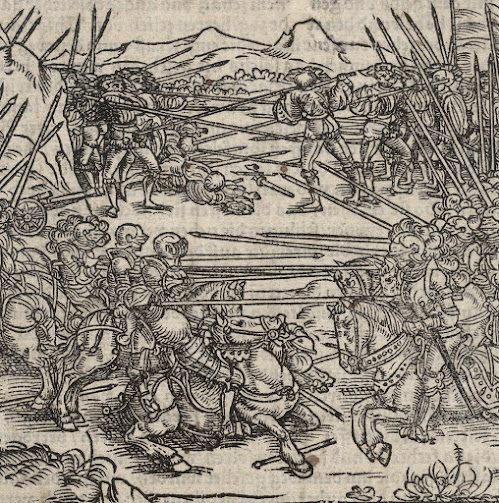 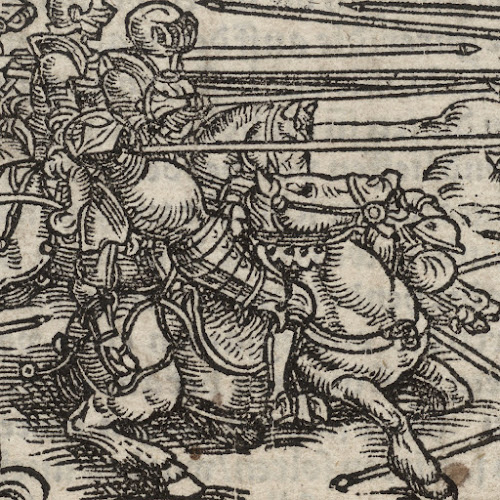 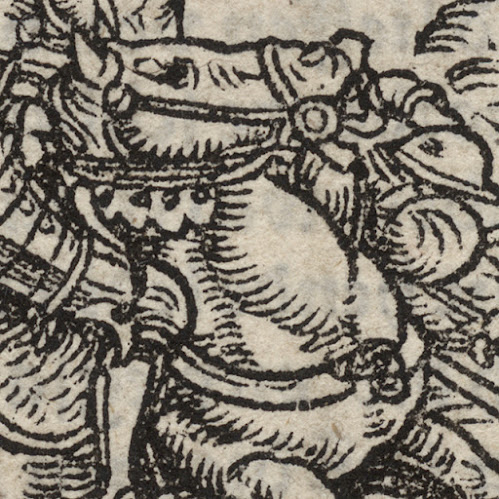 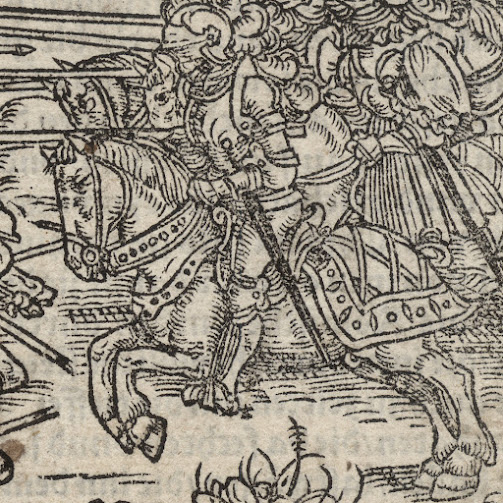 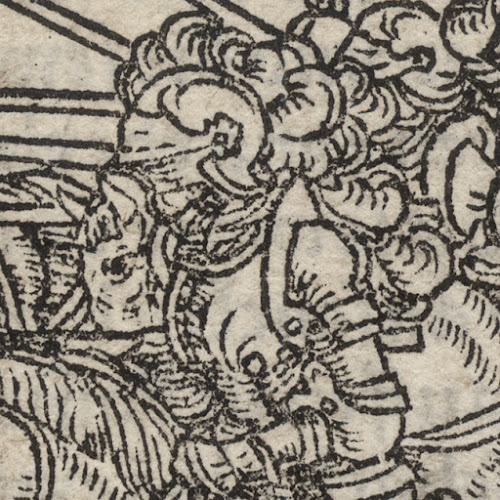 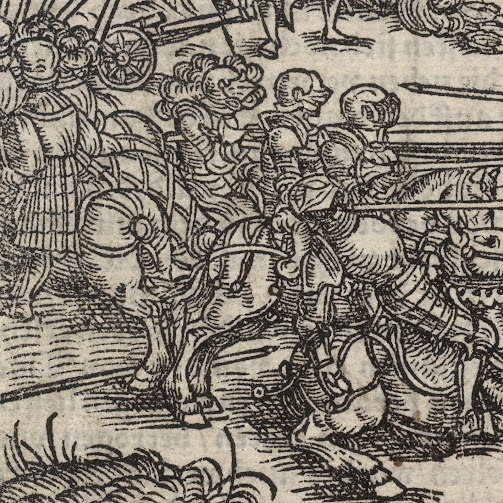 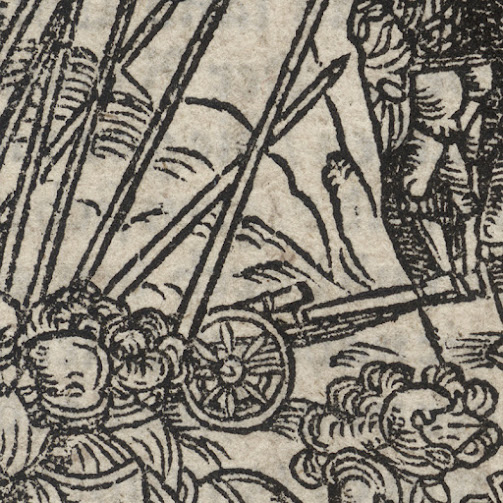 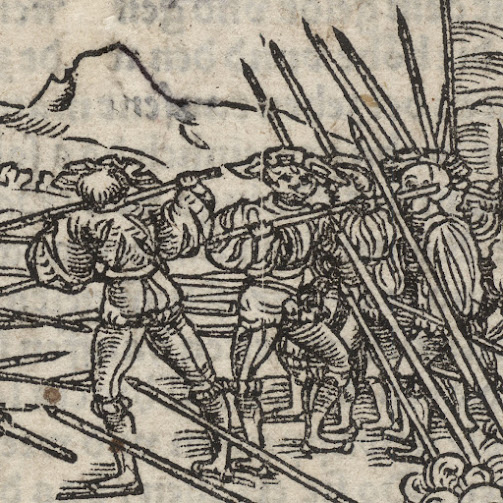 Posted by printsandprinciples at 00:20