Valentin Lefebre’s etching, "St Jerome in the Wilderness, after Titian”, 1682 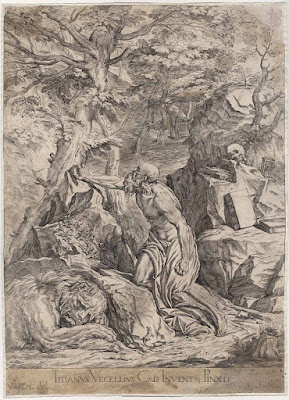 Condition: Strong impression but in poor condition. The print has been trimmed on, or within, the plate marks and has been glued to a support sheet. There are many significant stains and the upper corners have losses that have been restored. 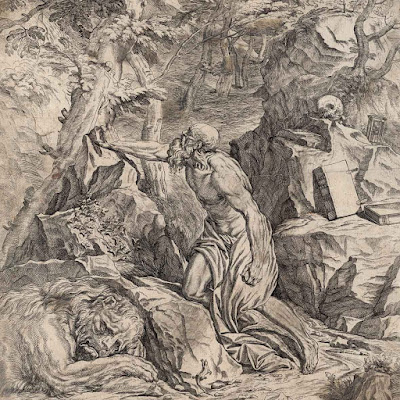 This is a powerful print.

For me, there are two elements contributing to making this image strong and memorable ... but, of course, I may be off target and there may be other more important reasons that I'm not seeing at the moment.

The first element is symbolism and the layering of meanings expressed. For instance, my eyes are riveted on the skull (the famous vanitas symbol of our mortality) perched up on the rocks. This relatively common symbol in early prints may not in itself make the image memorable, but in this print the expressed meaning is memorable—perhaps even haunting, as suggested by a fellow Instagramer—because the skull is “watching” the saint.

Leaving aside the reasons for the visual strength of this large and beautiful print, what I find fascinating to contemplate is the play of light and shadow that keeps me engaged in looking at the image. Titian was famous for using a counterpoint of lights and darks to make his images sparkle (not forgetting that Lefebre was copying a painting by Titian for the design of this etching). In fact, I remember reading an article by Charles Ricketts (1908) in the Burlington Magazine (Vol. 13, No. 61, p. 10) where Ricketts coined a term for Titian’s checker-board pattern of lights and darks: “Titian's formula.”

Regarding the background to the print, Lefebre is famous for his series of etchings, “Opera Selectiora”, after Titian and Veronese. Sadly, Lefebre never completed his envisaged series as he died at the young age of only 40. Nevertheless, after his death his prints were published in 1680 by Jacques van Campen, but, The British Museum states the rather surprising fact that “the 1680 edition does not seem to exist.” The BM also notes that the series “was reprinted in 1684, and in the XVIIIc in 1749, 1763; later by Teodoro Viero who added his address to the plates (editions in 1786 and 1789).” This print is a graphic translation in line of Titian’s painting, “St Jerome.” When Lefebre drew the painting as a copy for this etching he didn't make allowance that when the plate was printed the image would be in reverse of Titian’s painting. 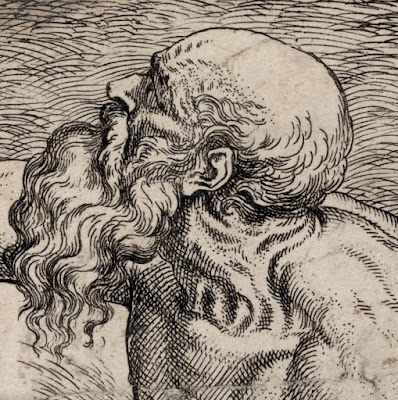 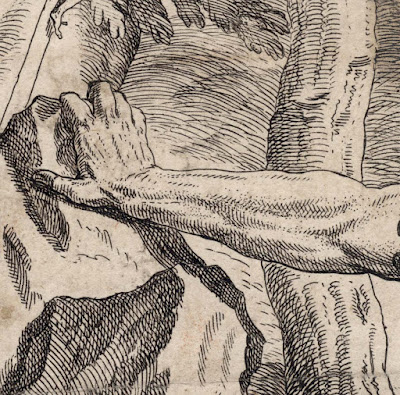 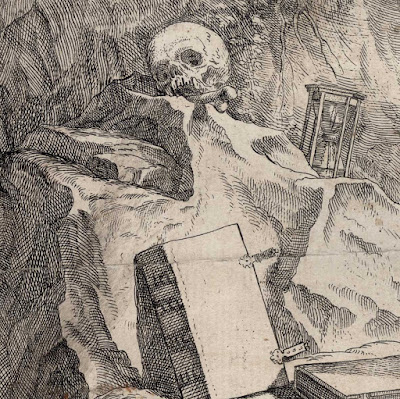 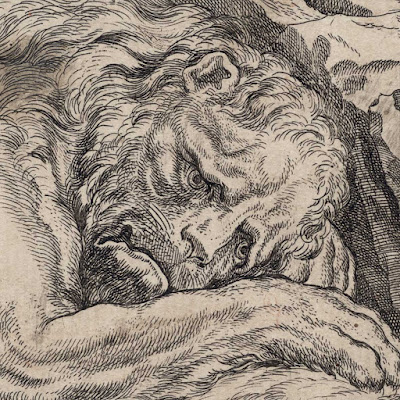