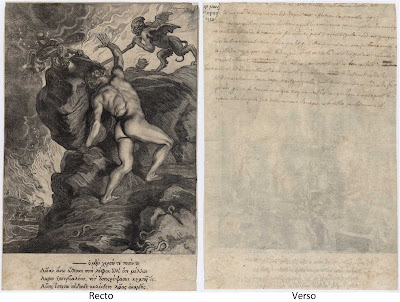 The British Museum offers the following description of this print:
“Mythological scene with Sisyphus carrying a large rock up a steep mountain, demons attempting to push the stone back down, Hell in left background; after Abraham van Diepenbeeck; illustration on page 443 from Marolles' "Temple des Muses" (Paris, Nicolas Langlois: 1655).” (http://www.britishmuseum.org/research/collection_online/collection_object_details.aspx?objectId=3234406&partId=1&searchText=Sisiphe&page=1)

Condition: strongly-inked impression, trimmed slightly within the platemark. The sheet has thin areas, age toning (i.e. its lightly yellowed), faint foxing in the text box, the upper right corner has losses and shows minor restoration. On the back there is a statement written in French (I have not deciphered it) by an old-hand and there are also remnants of mounting.

I am selling this graphically strong print for a total cost of AU$147 (currently US$109.87/EUR103.66/GBP86.99 at the time of this listing) including postage and handling to anywhere in the world.
If you are interested in purchasing this eye-catching illustration of Sisyphus engaged in his everlasting toil, please contact me (oz_jim@printsandprinciples.com) and I will send you a PayPal invoice to make the payment easy. 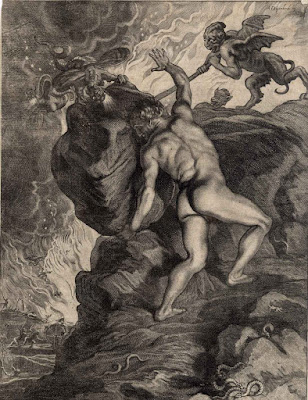 For those who may not be aware of what is happening in this scene, the well-muscled chap is Sisyphus—the mythical founder of Corinth. He is credited as being the most intelligent man in the world as well as having a strong leaning towards avariciousness, a tendency to be deceitful and a problematic penchant for killing travellers. Although Sisyphus was smart he still managed to offend the gods who punished him with the daily task of hauling a huge boulder up the mountain shown here, only to have it roll back down again when he reached the summit. No doubt the evil critters, especially the very determined one pushing on Sisyphus' boulder with a pole, are those responsible for sending it hurtling down the mountain to hell below.

What makes this particular print so interesting for me is the subtle way that Bloemaert is able to show all the details that are cast in shadow. When looking at Sisyphus’ back, for instance, I have no problem in understanding the role that each muscle plays in articulating his movement. Note, for example, how Bloemaert uses reflected light on Sisyphus’ left arm and shoulders, as these parts of his body are close to the rock. Importantly, Bloemaert does not show reflected light on the rest of the muscles as they are far from the rock. These small nuances are what makes Bloemaert such a great artist.

In the next post I will be showing the same image, but this next print is engraved by Bernard Picart (1673-1733). For those who enjoy comparing artists’ understanding of principles such as those concerning light, please take the time see how Picart “fails” to understand Bloemaert’s use of reflected light and renders this “bounced” light all over Sisyphus’ body. Although I honestly admire Picart, he is not in the same league of truly great artists like Cornelis Bloemaert. 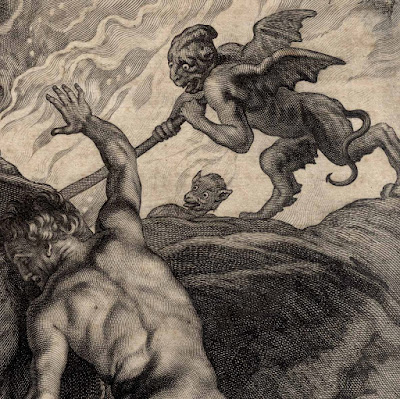 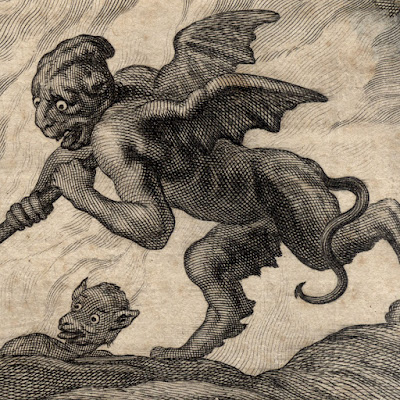 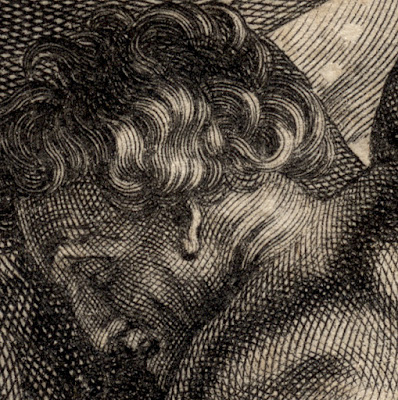 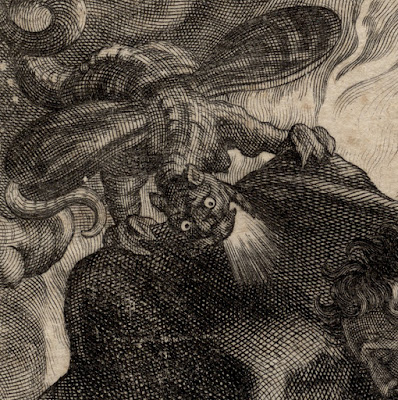 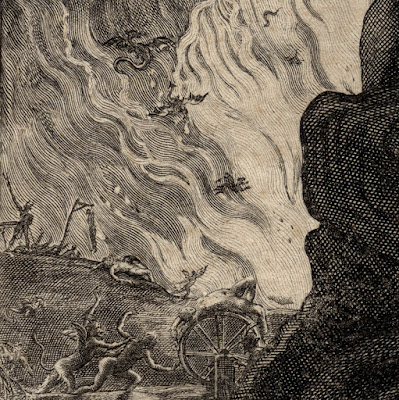 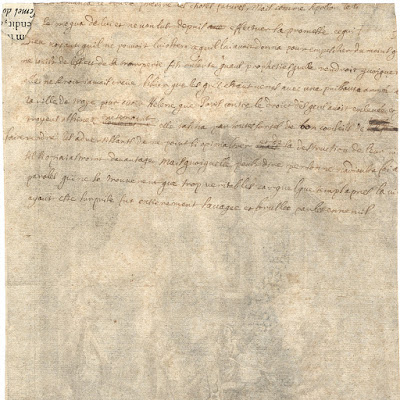 Hand-written statement in French shown on the back of the sheet. I have not been able to decipher and translate the inscription.