“Four gentlemen on a path near a castle”, c1620 (but no later than the last definitively dated etching by this artist in 1633), second plate in the series of eight etchings, “Landscapes of Oblong Format”, published by Robert de Baudous (1574/5–1659).

Condition: a crisp and well-printed impression, trimmed around the image borderline and backed with an early support sheet. The sheet is lightly age-toned (yellowed) with a flattened centre-fold, otherwise it is in excellent condition (i.e. there are no tears, holes, abrasions or stains). The support/backing sheet is slightly mottled with signs of age.

I am selling this exceptionally rare and long panoramic etching by one of the most celebrated Dutch artists of the early 1600s for AU$435 (currently US$234.84/EUR203/GBP178.60 at the time of posting this print) including postage and handling to anywhere in the world (but not, of course, any import duties/taxes imposed by some countries).

If you are interested in purchasing this major print executed at the dawn of the Dutch Golden Age, please contact me (oz_jim@printsandprinciples.com) and I will send you a PayPal invoice to make the payment easy.

Trying to look at this print through the eyes of Van de Velde’s contemporaries is difficult, but there are a few features in the composition that held very special significance in the 17th century. For example, the two leafless trees at left and the leafless tree towards the centre of the composition are unlikely to be viewed as simply dead trees. Instead, I suspect that these trees would be perceived in the 17th century as vanitas symbols (i.e. signifiers that life is brief). Similarly, the Christian cross at far right is more than a landmark curiosity as it might be seen today. Instead, the cross often signified a moral cross-road for weary travellers such as those shown resting below it. 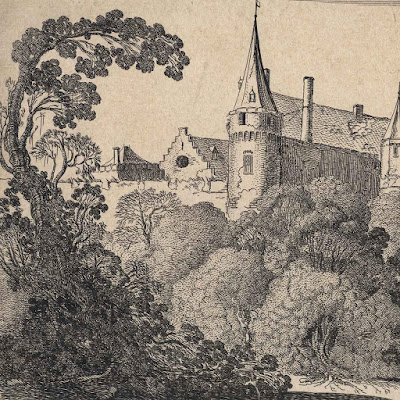 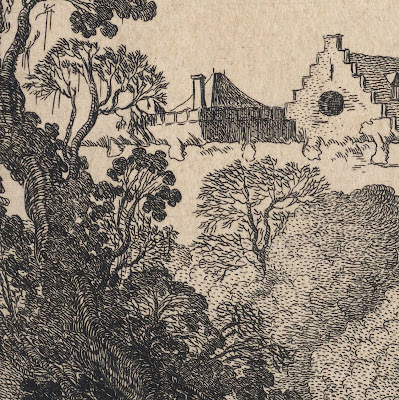 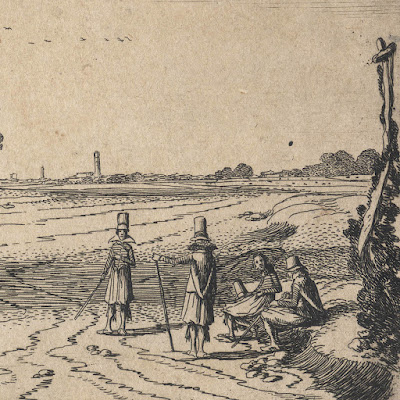 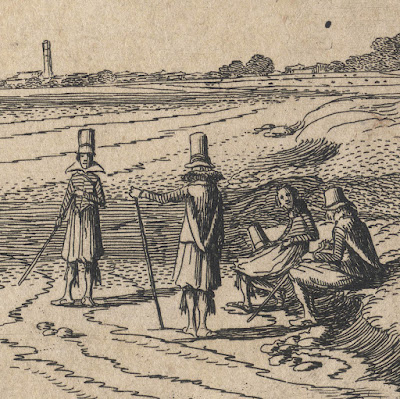 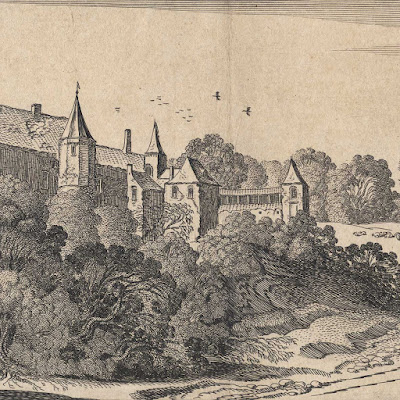 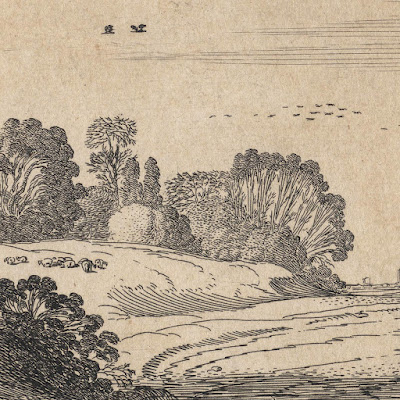 Posted by printsandprinciples at 06:36