A pair of woodcuts (recto and verso on the same sheet) by Jost Amman, featuring military figures in uniform, 1563 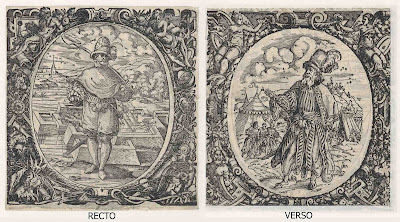 Double-sided woodcuts featuring on each side a military figure formatted within an oval border of strapwork and figures,1563, published as illustrations to Sigismund Feyrabend's (1528–90) and Simon Hüter's (fl.1560s), “Kriegsordnung” (Warfare), 1563–64, Frankfurt am Main.

Condition: both impressions (recto and verso on the same sheet) are well-inked and well-printed with little or no evidence of wear to the plates (i.e. the prints are probably lifetime impressions or at least from an early printing before the printing plates became worn). The sheet is in excellent condition for its considerable age and has been re-margined with a support sheet of archival (millennium quality) washi paper so that both sides of the sheet can be examined without damaging the delicate paper.

I am selling these rare early/lifetime woodcut impressions from 1563 printed on both sides of the same sheet for AU$166 in total (currently US$118.58/EUR102.50/GBP89.98 at the time of posting this listing) including postage and handling to anywhere in the world (but not, of course, any import duties/taxes imposed by some countries).

If you are interested in purchasing these woodcut illustrations of military figures by one of the most famous and productive printmakers of the 16th century, please contact me (oz_jim@printsandprinciples.com) and I will send you a PayPal invoice to make the payment easy.

This double-sided woodcut leaf has been sold 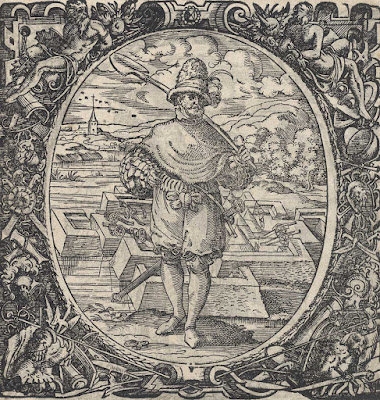 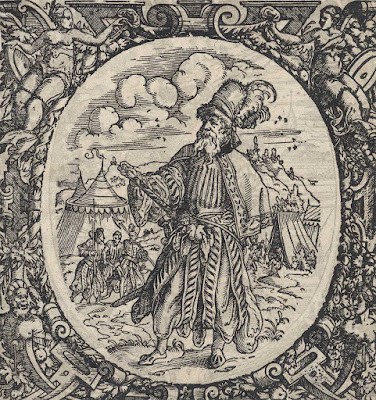 From my understanding of Amman’s practice as prolific printmaker, his designs often served as illustrations for more than a single publication. Certainly the ornamental borders surrounding the recto and verso oval images of military men were separate plates and served to frame different prints. For example, the Rijksmuseum’s copy of the recto woodcut (see http://hdl.handle.net/10934/RM0001.COLLECT.47827) has a different border to the print shown here. Essentially the borders were interchangeable. I have also found the same portrayed figures in other prints by this artist. For example the portrayed figure in the verso woodcut is described in “Kriegsordnung” (Warfare)—the text that this print illustrates—as “Der Profosz der Arthollerey” (the Provost/Chief of Artillery) and yet the same figure wearing the same costume is featured in the woodcut from another publication, “Panoplia” (Armour), as “the Chief Artilleryman’s Lieutenant” (see TIB 8.119 [371]; Jane S Peters [ed.] 1985, “The Illustrated Bartsch: German Masters of the Sixteenth Century”, vol. 20 [Part 2], p. 697). 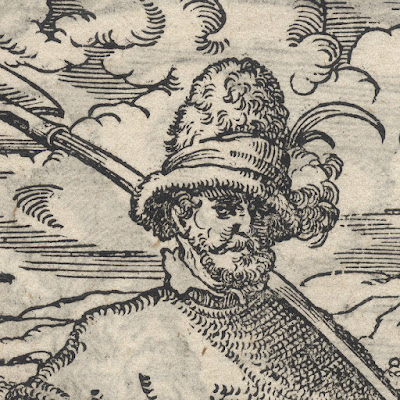 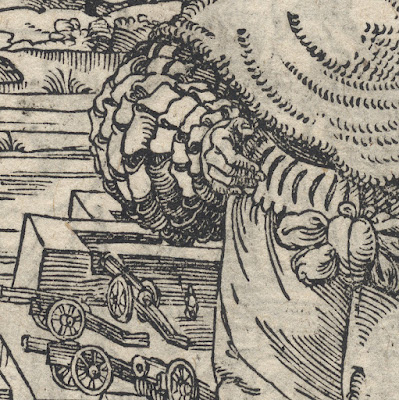 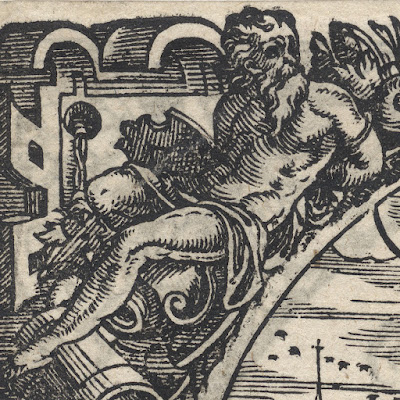 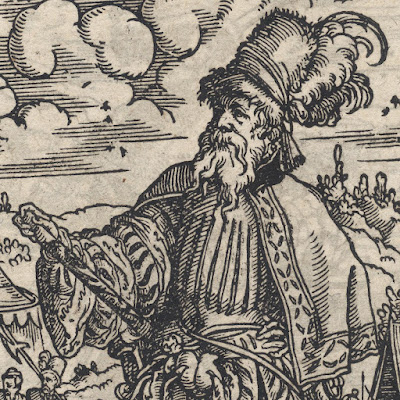 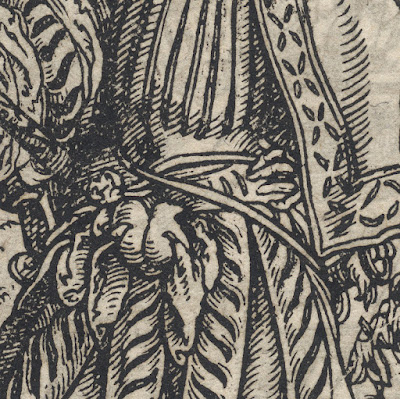 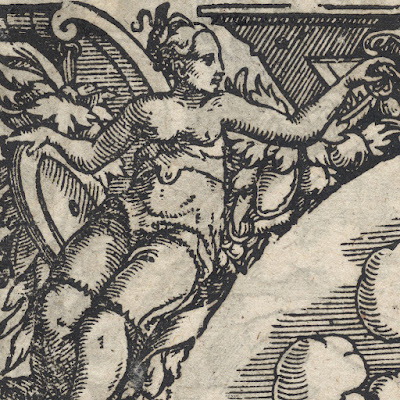 Posted by printsandprinciples at 01:10