Jacques Callot's etching, “The Nailing to the Cross”, c1619

Note: the curator of the British Museum offers the following insights about the series, “La Grande Passion”, in which this print features:
“The compositions were probably designed in Florence and engraved over several years, from 1619 to 1624, with the likely help of his workshop on some of the plates.
The set was meant to include more than just seven plates: there are 13 preparatory drawings, plus the Last Supper, which has been engraved but for which no sketch has been found.”
(https://www.britishmuseum.org/research/collection_online/collection_object_details.aspx?objectId=1560019&partId=1&searchText=1861%2c0713.40&page=1)

The British Museum offers the following description of this print:
“Crucifixion: two men nailing Christ on the cross and three others digging a hole for the cross; many figures attending the scene …”
(https://www.britishmuseum.org/research/collection_online/collection_object_details.aspx?objectId=1560116&partId=1&searchText=callot+crucifixion&page=1)

Condition: richly inked and well-printed early impression, trimmed with thread margins around the image borderline and backed with a support sheet of archival (millennium quality) washi paper. The sheet has numerous restored losses that are virtually invisible.

I am selling this visually arresting view of the crucifixion hallmarked with Callot’s interest in panaoramically long formats and executed with his famous etching needle that he developed called the “échoppe” allowing him to make swelling lines, for AU$310 (currently US$223.20/EUR196.08/GBP176.92 at the time of posting this print) including postage and handling to anywhere in the world (but not, of course, any import duties/taxes imposed by some countries).

If you are interested in purchasing this strong impression of a very rare print, please contact me (oz_jim@printsandprinciples.com) and I will send you a PayPal invoice to make the payment easy. 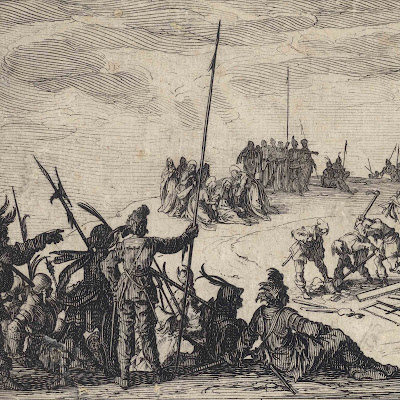 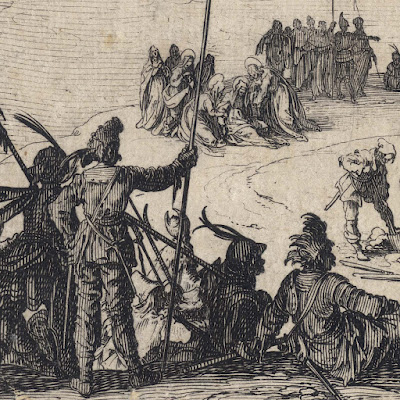 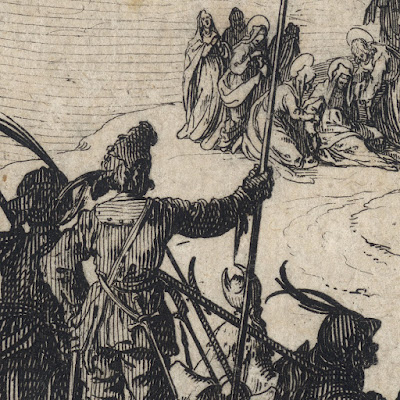 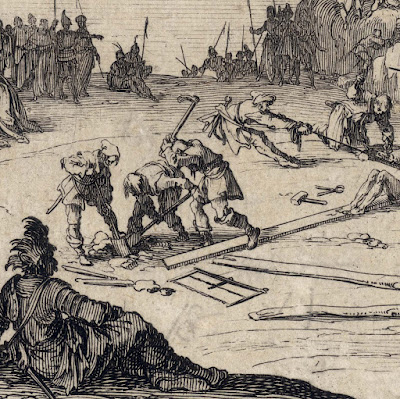 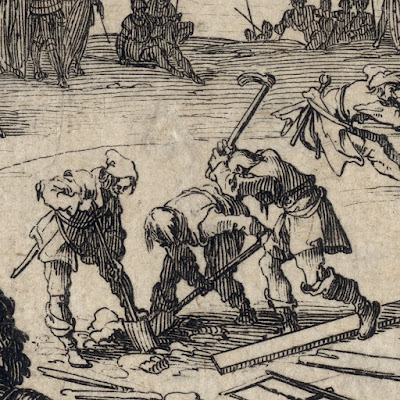 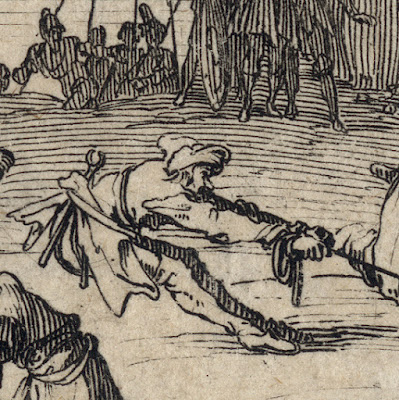 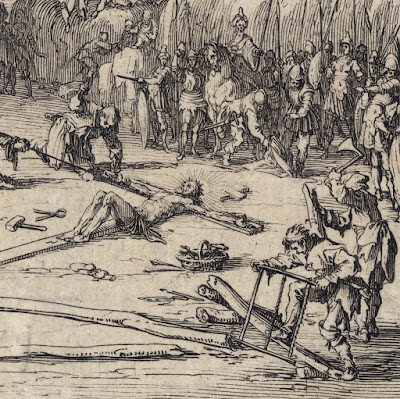 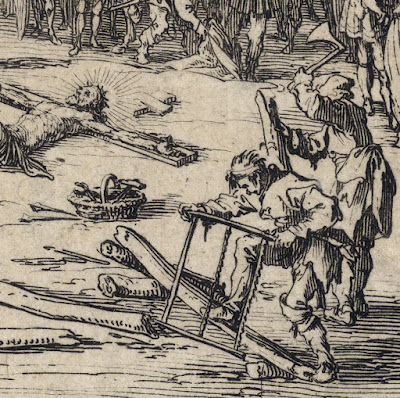 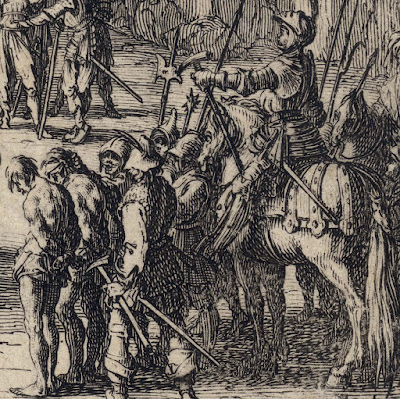 Posted by printsandprinciples at 02:07