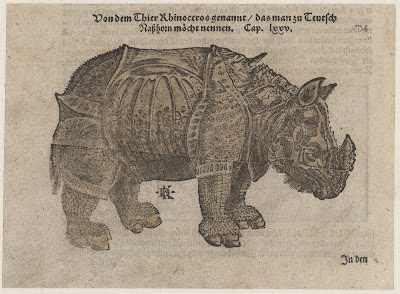 Note that the Latin edition is differentiated from the German edition by the woodcut of “an elephant carrying various figures on a large saddle to right, by an anonymous printmaker” (see BM no. 1850,1014.988). I have previously posted another impression of Kandel’s “Rhinoceros” (now sold) from the German edition which features a landscape with a walled city (verso)—my apologies for not investigating which city is portrayed (see https://www.printsandprinciples.com/2018/10/david-kandels-woodcut-rhinoceros-1550.html).

The British Museum offers a description of this print from the same Latin edition:
https://www.britishmuseum.org/research/collection_online/collection_object_details.aspx?objectId=1536623&partId=1&searchText=david+Kandel&page=1

Condition: well-printed lifetime impression with old colouring in excellent condition for its considerable age (i.e. there are no tears, holes, folds, abrasions, stains or foxing). The sheet is laid onto a support of conservator’s fine archival/millennium quality washi paper cut with a rectangular “window” to enable the woodcut printed verso to be seen. Note that the printing block for this woodcut features a split from the horn to the tail of the rhinoceros and this is an intrinsic part of the print.

I am selling this extremely rare woodcut for AU$350 (currently US$246.84/EUR221.10/GBP190.71 at the time of this listing) including postage and handling to anywhere in the world (but not, of course, any import duties/taxes imposed by some countries).

If you are interested in purchasing this superb woodcut with antique colouring after Dürer’s famous “Rhinoceros”, please contact me (oz_jim@printsandprinciples.com) and I will send you a PayPal invoice to make the payment easy. 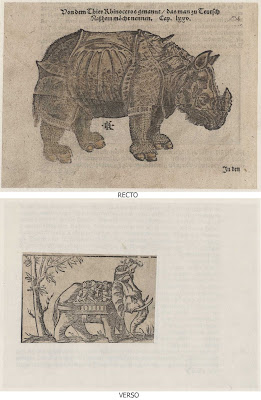 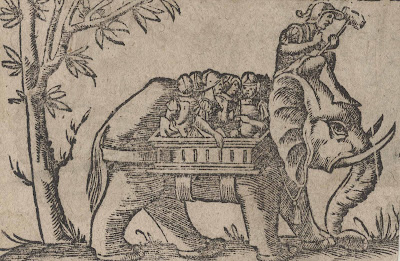 This woodcut by Kandel (1550) after Dürer’s famous “Rhinoceros” (1514) was a plate in a series of 22 illustrations for the enlarged edition of “Cosmographia”—the first publication offering descriptions of the world and, interestingly, the first to feature a map of the Americas—initially published in Basle in 1550 (from which this impression is extracted) and republished another 15 times with German text with the last printing in 1628. The Curator of the British Museum advises that this enlarged edition “contained around 900 illustrations and 40 maps” (see BM no. 1850,1014.972). 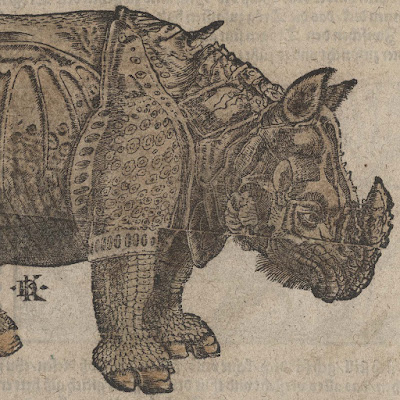 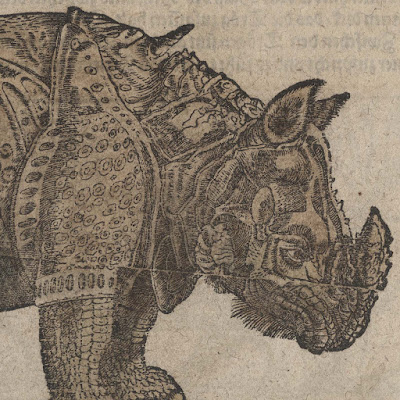 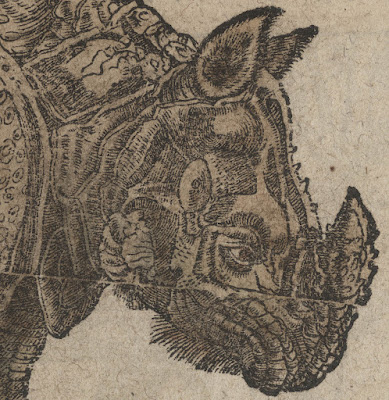 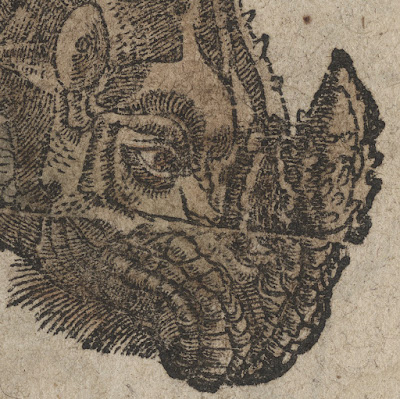 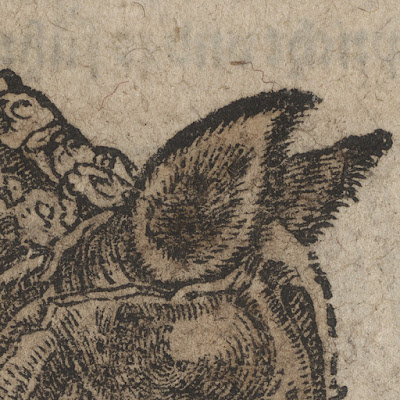 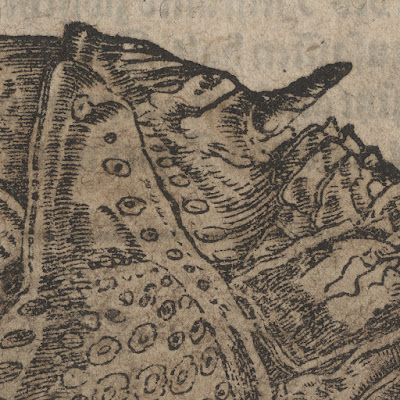 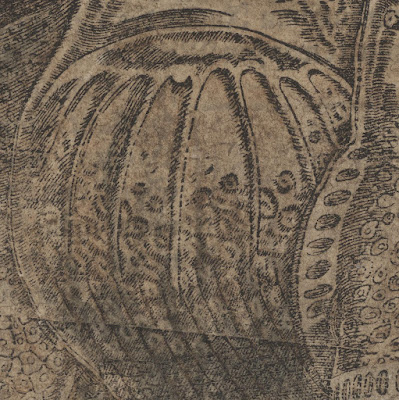 Posted by printsandprinciples at 04:24