Hieronymus Wierix's engraving, “Allegory of the mercy of Christ”, 1581 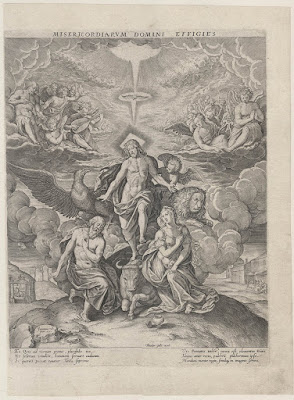 Note: This is the second impression of this print that I am listing. The earlier listing (2017) of the print has been sold (see http://www.printsandprinciples.com/2017/08/hieronymus-wierixs-engraving-allegory.html).

Engraving on laid paper with uneven margins around the platemark and backed with a support sheet.

State i/ii (of ii) Note that this impression shows the erasure of the previous publisher’s name (Hans Liefrinck) below the image borderline and substitution with “Theodor. Galle excud.” within the image borderline of the second state. There is an inconsistency with the second state attributes as the date (1581) shown below the artist name is still retained as featured in first state impressions before the erasure of the date in the second state. Clearly there should be three states but this is not documented in the catalogue raisonnés of Hollstein or Mauquoy-Hendrickx.

The Rijksmuseum offers the following description of this print:
(transl.) “The merciful Christ, surrounded by symbols of the four evangelists, extends his hands to the publican and Mary Magdalene. Above them in heaven the Holy Spirit as a dove, surrounded by music-making angels and Saint Peter (left on the clouds). On the left in the background the parable of the Pharisee and the publican. And further into the background the crucified Christ, flanked by the two criminals. In the background to the right, Mary Magdalene washes the feet of Christ in the house of Simon the Pharisee. In the margin a six-line caption, in two columns, in Latin.”
(http://hdl.handle.net/10934/RM0001.COLLECT.331837)

Condition: crisp but slightly grey impression trimmed close to the platemark on the left and with generous margins (from 2.5 to 3.2 cm) on the remaining sides and backed with a support of archival (millennium quality) washi paper. There are small areas of minor abrasion on the lower left side, otherwise the sheet is in a remarkably fine condition for its considerable age (i.e. there are no tears, holes, folds, significant stains or foxing).

I am selling this of magnificent large masterwork of engraving—executed by one of the major printmakers of the Renaissance era and a print that is so rare that neither the British Museum nor the Metropolitan Museum of Art have a copy—for the total cost of AU$510 (currently US$364.08/EUR323.56/GBP280.35 at the time of this listing) including postage and handling to anywhere in the world (but not, of course, any import duties/taxes imposed by some countries).

If you are interested in purchasing this very beautiful print of exceptional rarity, please contact me (oz_jim@printsandprinciples.com) and I will send you a PayPal invoice to make the payment easy. 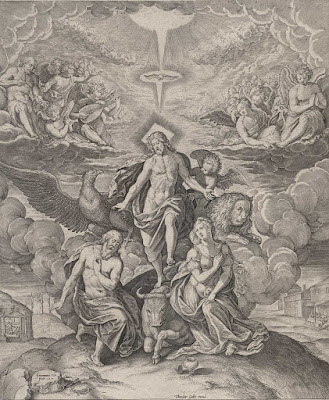 When I was looking at my earlier post of another impression of this print—now sold—I decided to share what I originally wrote regarding my challenge as an atheist to decipher the symbolic meanings of the print. For example, I was slow to realise that the cow that Christ stands upon was not a reference to his birth in a manger—a cow’s feeding trough. Instead the cow is a symbolic attribute of Saint Luke, but this realisation only occurred once I had pieced together the idea that the combination of the three animals surrounding Christ (viz. cow, lion and eagle) and the angel on his left were actually the symbolic attributes of the four evangelists: Mathew, Mark, Luke and John. Moreover that my initial quandary over the awkwardness of the Christ shown raising his left foot rather than his right one—a pose that right-handers like myself find very unnerving to look at—was nothing at all about physical movement but rather about spiritual transcendence to a heavenly realm filled with adoring fat folk.

To be honest, however, I had to do a quick Google to find the significance of Christ shown with a square halo rather than a round one. The reason is surprisingly simple: the square halo symbolises that Christ is still in the temporal world and the shape of the halo will change to a round one once he transcends the world of the mortals.

Regarding this notion of spiritual transcendence, note how Christ’s arms are arranged to suggest an arrowhead and how the leaning pose of St John and the Virgin extend the angle of this arrowhead pointed to heaven. 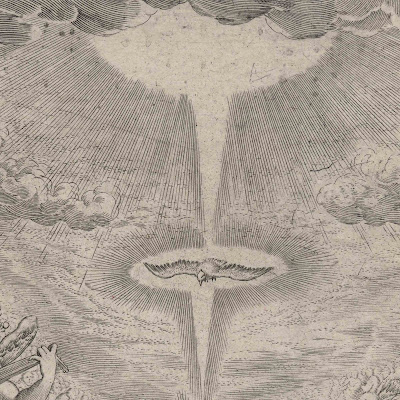 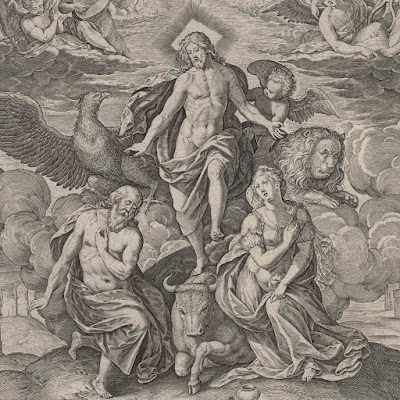 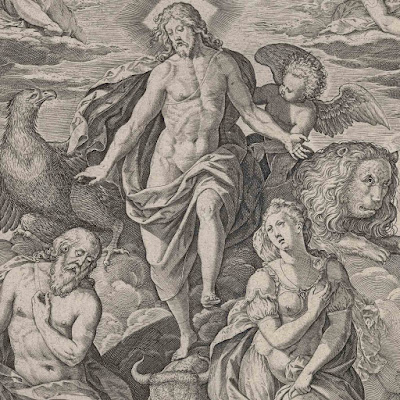 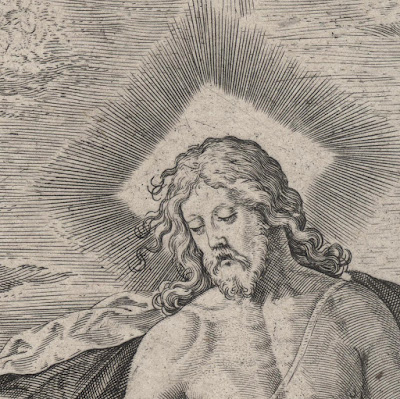 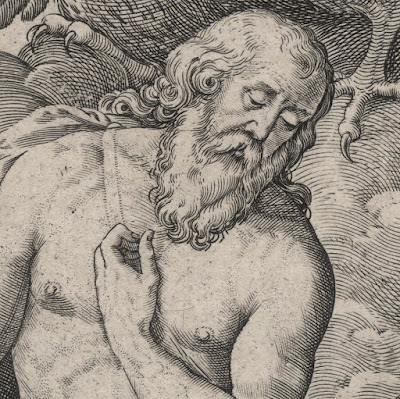 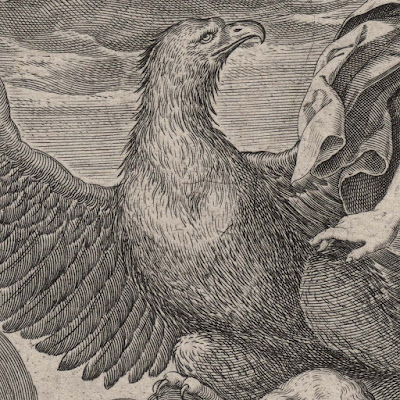 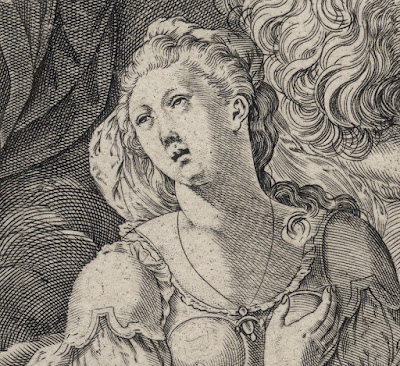 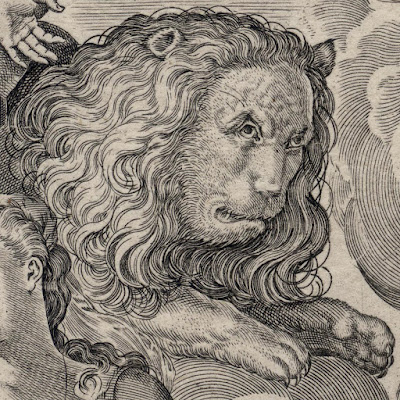 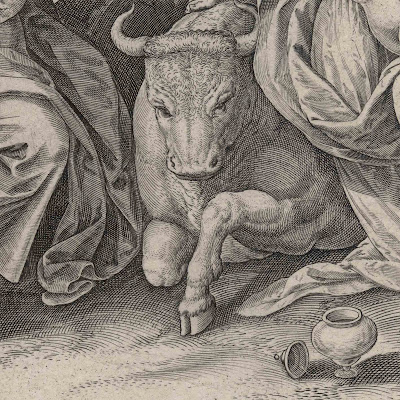 Posted by printsandprinciples at 06:14