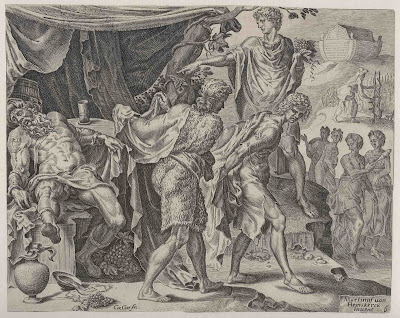 Regarding the series, “The Story of Noah”, the Curator of the British Museum advises that there “are related drawings in the Statens Museum for Kunst, Copenhagen” (BM No. 1949,0709.36).

Engraving on laid paper trimmed to the image borderline (with loss of text below the image borderline) and backed with a support sheet.
Size: (sheet) 19.6 x 24.6 cm
Inscribed on plate along lower edge: (left of centre) “Cor. Cort. fec.”; (right) "Martinus uan / Hemskerck / inuent. 6”
State iii (of iii) with the addition of fecit note to Cort (of state ii) and the repositioned number “6” on the lower right (of state iii).

The Rijksmuseum offers the following description of this print:
(transl.) “Noah is lying drunk and half undressed in his tent. On the floor a wine jug and on the table next to him a wine cup. His son Ham points at him and mocks him. Shem and Japeth shield their father with a dress. At the back right, Noah can be seen how he works his vineyard, on a hill stands the ark.”
(http://hdl.handle.net/10934/RM0001.COLLECT.98842)

See also the description offered by the British Museum:
(https://www.britishmuseum.org/research/collection_online/collection_object_details.aspx?objectId=1522305&partId=1&searchText=Cornelis+Cort+Heemskerck&page=1)

Condition: richly inked impression trimmed along the image borderline and laid upon a support sheet of fine archival/millennium quality washi paper. There are small areas of inconspicuous restoration (infilling of losses with watercolour) in the centre of the hanging drape at upper left and dots of restoration elsewhere, otherwise the sheet is in very good clean condition with no significant stains or foxing.

I am selling this visually arresting engraving layered with mini narratives—viz. drunken Noah exposing his genitals, embarrassed sons walking backwards with a cloak to cover his nakedness; a son admonishing his father; a bevy of concerned women spectators with one carrying a female weapon of control (the distaff); a “flashback” vignette showing Noah tending to his harvest with his ark in the distance—by one of the most famous of the 16th century engravers, for AU$356 (currently US$250.02/EUR219.79/GBP196.86 at the time of this listing) including postage and handling to anywhere in the world (but not, of course, any import duties/taxes imposed by some countries).

If you are interested in purchasing this masterwork of engraving—note how the artist is able to suggest the coarse weave of the curtains, the sheen of skin and texture of the fleece worn by the centre figure (Shem)—please contact me (oz_jim@printsandprinciples.com) and I will send you a PayPal invoice to make the payment easy. 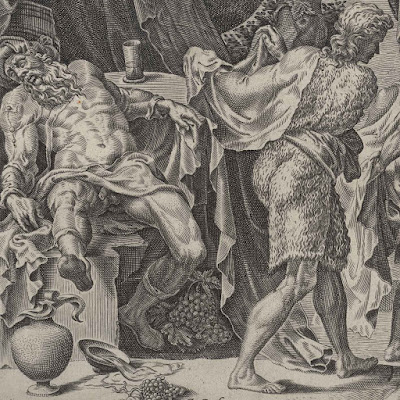 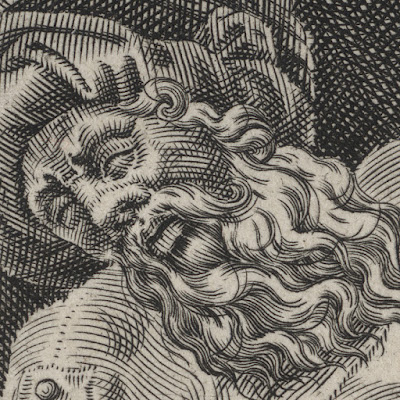 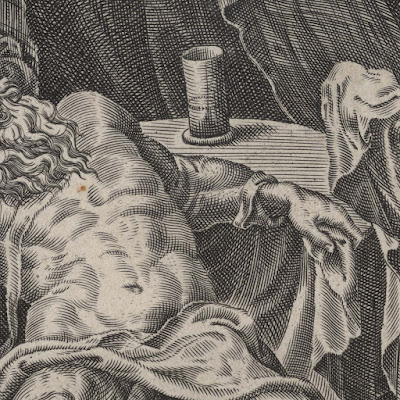 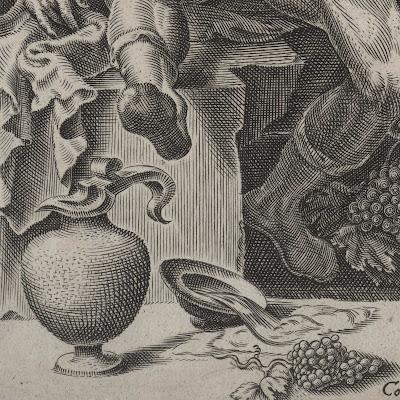 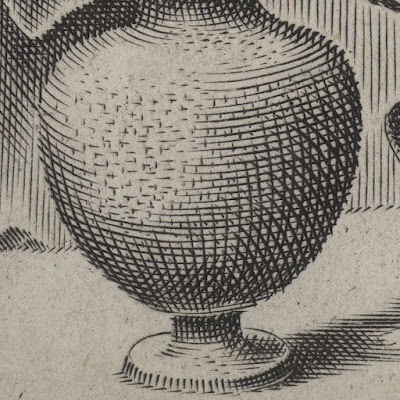 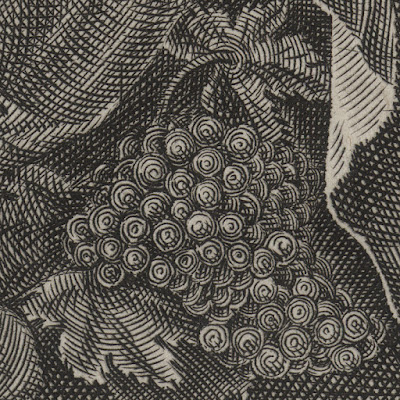 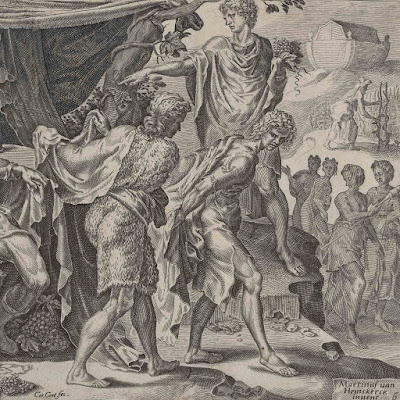 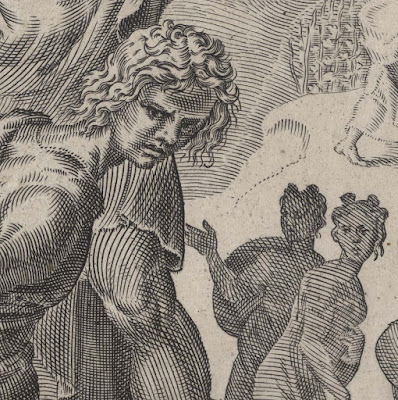 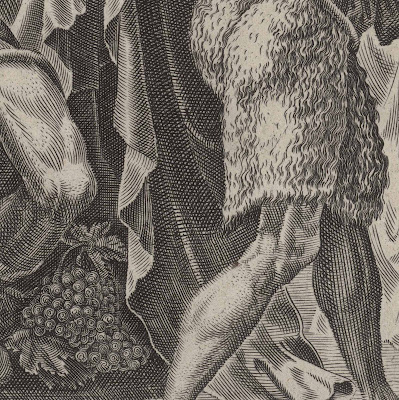