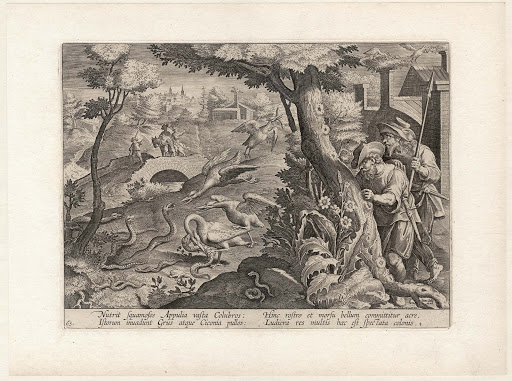 Engraving on chine collé (China) on laid paper backed with a support sheet.

The British Museum offers the following description of this plate:

“Plate numbered 63, Storks Fighting Snakes; in the right foreground, two huntsmen, armed with a spear and daggers, watch from behind a tree as storks attack snakes to the left, one flying off with a snake; beyond, in the left mid ground, three men watch from a bridge; beyond them a town is visible in the distance; behind the huntsmen in the foreground, to the right, storks are nesting in chimneys”

The Bowdoin College Museum of Art which holds Jan van der Straet’s original drawing (gift of Susan Dwight Bliss) offers the following insights about the composition of this print:

“Two hunters shielded by a tree witness a fierce battle of storks against snakes. Royal menageries in sixteenth-century Europe featured bloody spectacles of interspecies fights to the death between exotic beasts, such as tigers and elephants. The bird and snake combat recorded in Book 10 of Pliny’s Natural History is described as taking place in Thessaly, Greece, where laws protected storks because of their snake-slaying potency. The engraving after this drawing has a four-line Latin verse below the image. It adds cranes to Pliny’s description and changes the locale: ‘Vast Appulia nourishes the scaly snakes. The crane and the stork attack their offspring. Here they wage a bitter war with beak and bite. This sportive event is watched by many farmers.’”

Condition: well-printed, strong impression with full margins as published. The sheet is in an excellent condition for its considerable age (i.e. there are no tears, folds, holes, losses, abrasions, stains or foxing).

I am selling this visually arresting engraving showing storks making meals of snakes watched by two wide-eyed men, for a total cost of AU$286 (currently US$207.82/EUR174.01/GBP156.75 at the time of this listing) including postage and handling to anywhere in the world, but not (of course) any import duties/taxes imposed by some countries).

If you are interested in purchasing this near faultless early engraving exemplifying the 16th century fascination for grim interspecies battles to the death, please contact me (oz_jim@printsandprinciples.com) and I will send you a PayPal invoice to make the payment easy. 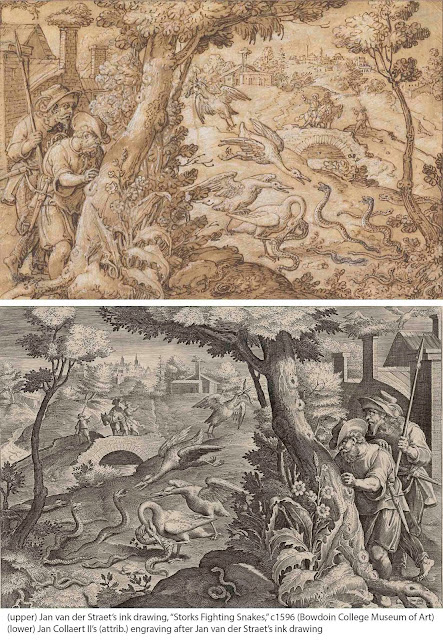 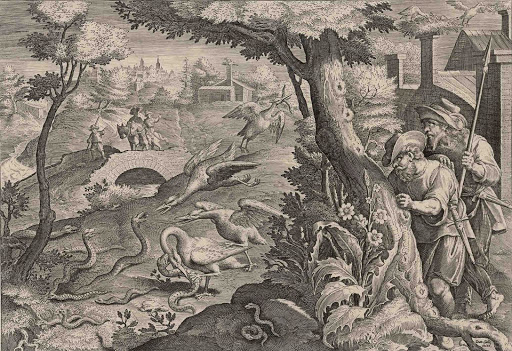 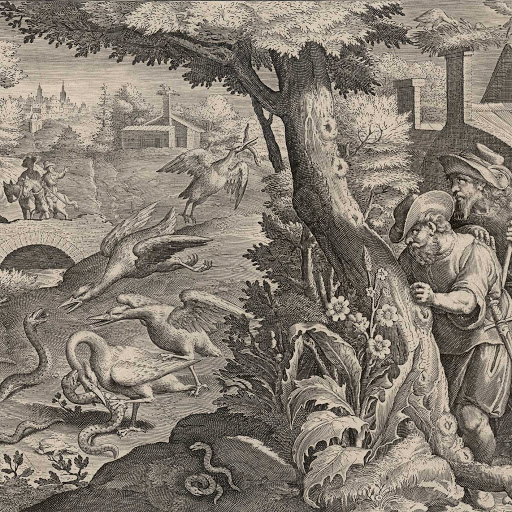 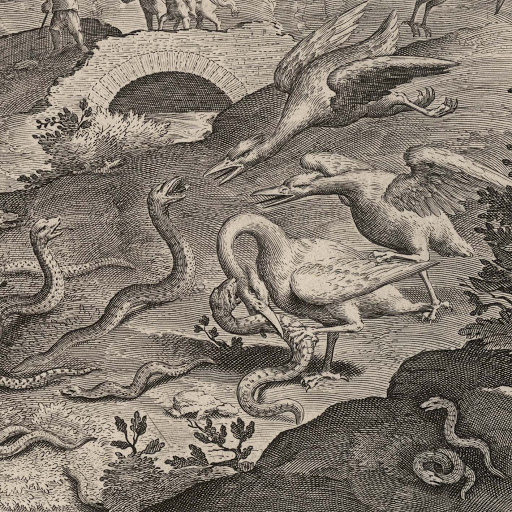 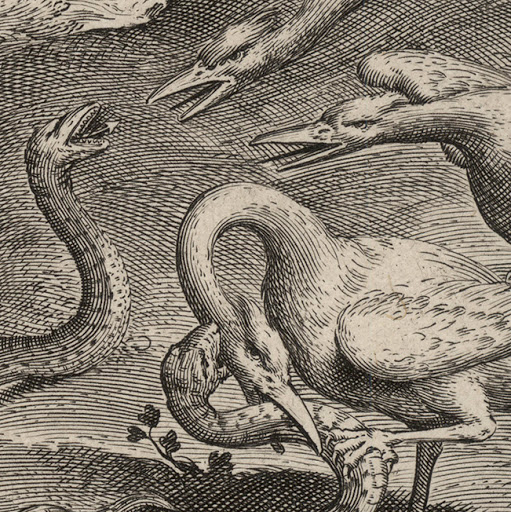 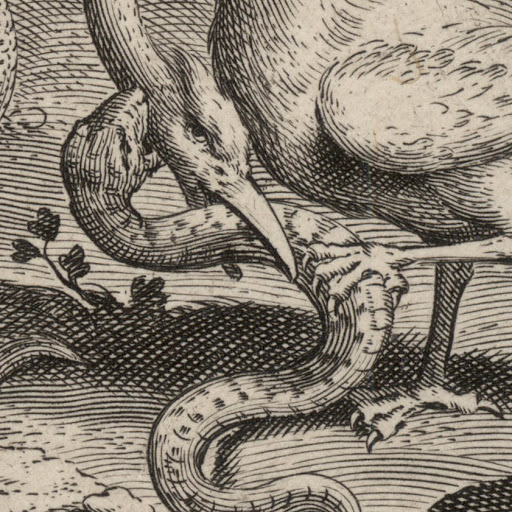 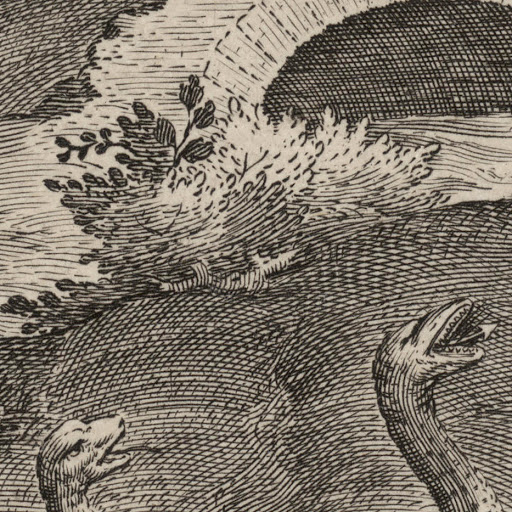 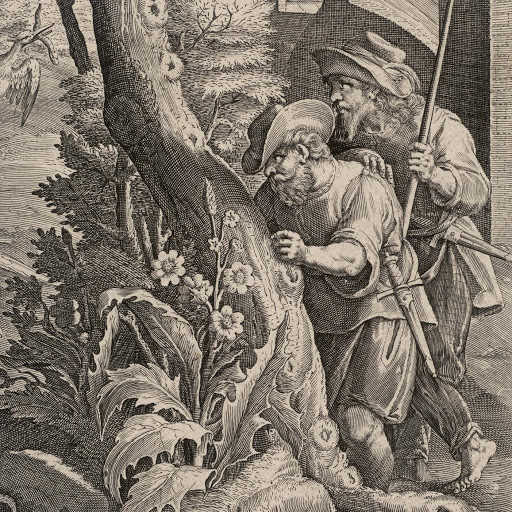 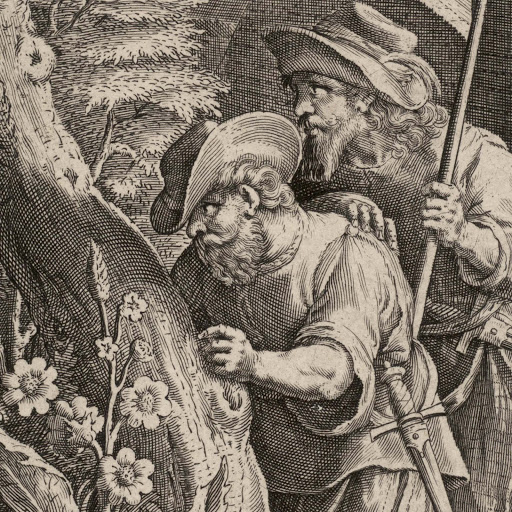 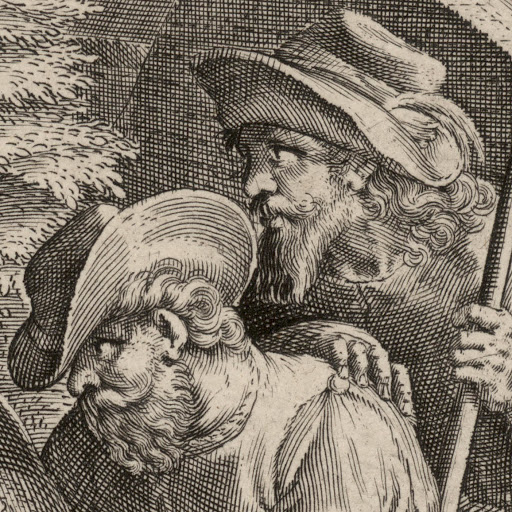 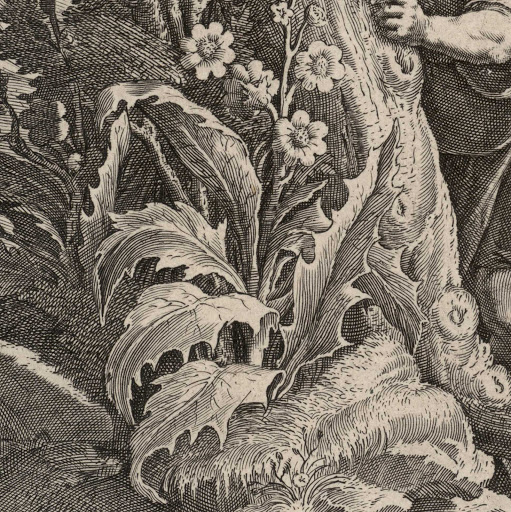