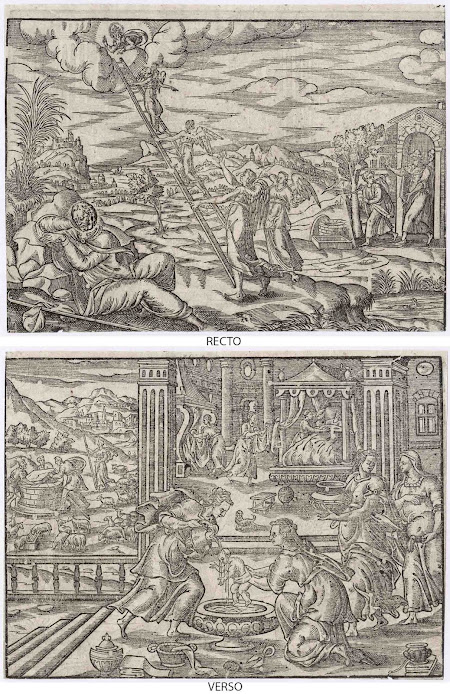 This impression shows significant changes to the original design. Interestingly, the head of Jacob (recto at lower left) has been recut on a fresh insert of wood wedged into the plate matrix along with another fresh insert of recut wood showing what I read as Joseph leaving Jacob’s house (recto at right). Note also the white “dots” in both impressions (recto and verso) suggesting that the original wood printing plates were both riddled with worm holes.

Condition: recto and verso impressions are both very good and trimmed along the image borderlines. The leaf is in an excellent condition for its considerable age with no tears, holes, folds, abrasions, significant stains or foxing.

I am selling this leaf of double-sided woodcuts from the mid-1500s showing (on the recto side) Jacob at lower left dreaming of a ladder to heaven and at right the departure of his son (Joseph) on a calamitous journey shown in the verso woodcut where Joseph is cast into a well/cistern by his brothers (at left), marries Rebeka (shown in bed) and then has children (one having a bath in the foreground)—for the total cost of AU$200 (currently US$141.90/EUR120.95/GBP109.24 at the time of this listing) including Express Mail (EMS) postage and handling to anywhere in the world, but not (of course) any import duties/taxes imposed by some countries.

If you are interested in purchasing this double-sided woodcut featuring multiple events in a single scene and—perhaps even more interesting—the insertion of recut images similar to today’s use of Photoshop (e.g. Joshua’s head and Joseph departing his father on the right side of the recto print), please contact me (oz_jim@printsandprinciples.com) and I will send you a PayPal invoice to make the payment easy. 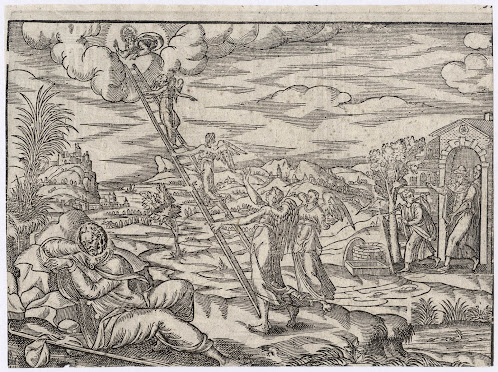 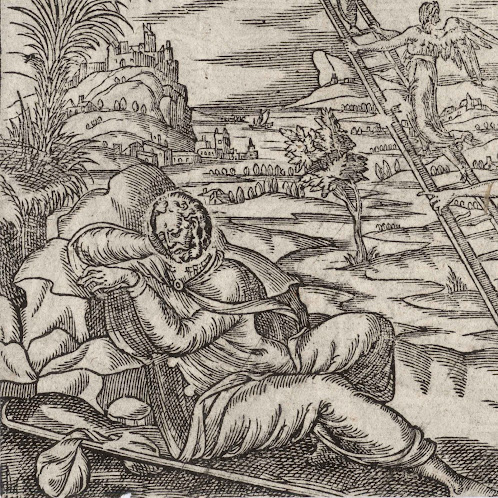 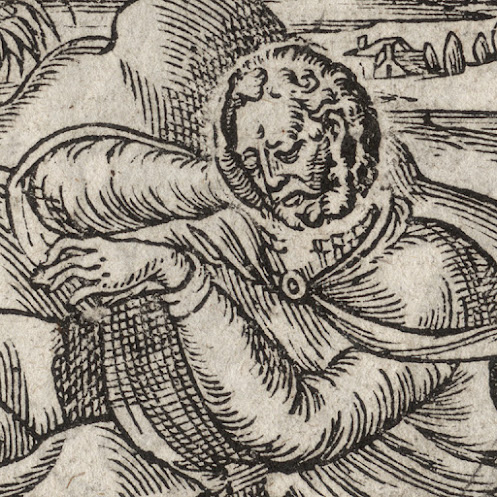 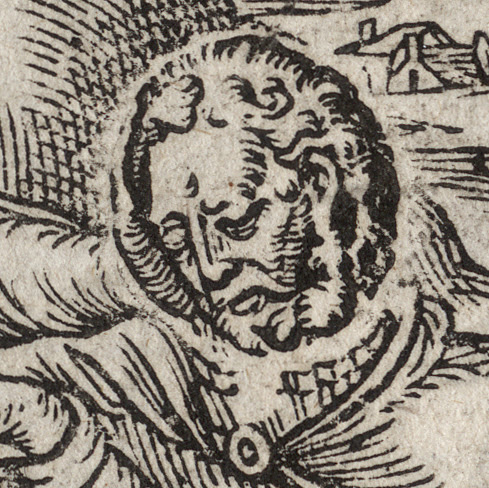 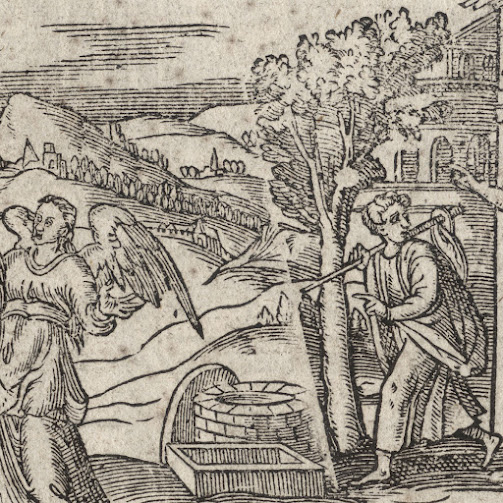 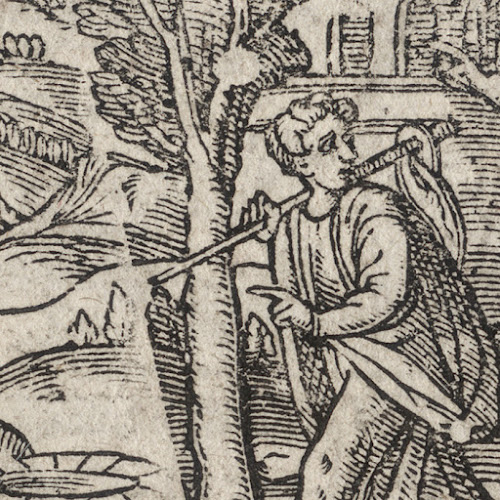 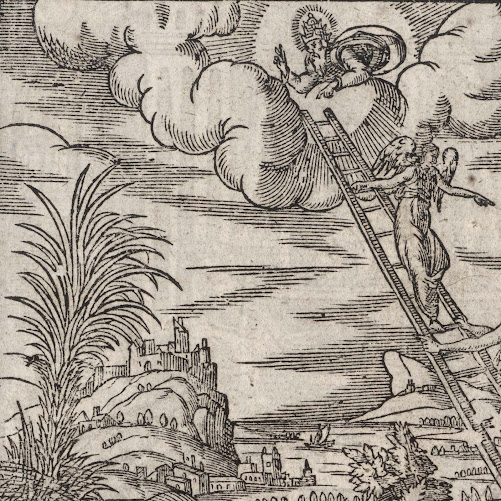 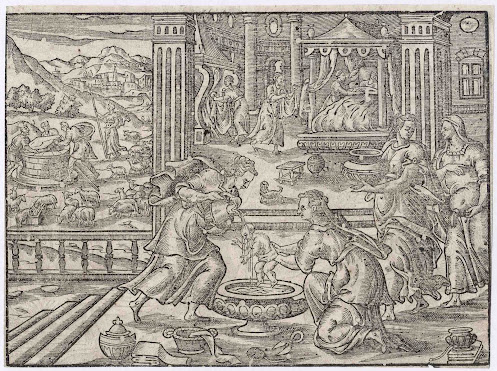 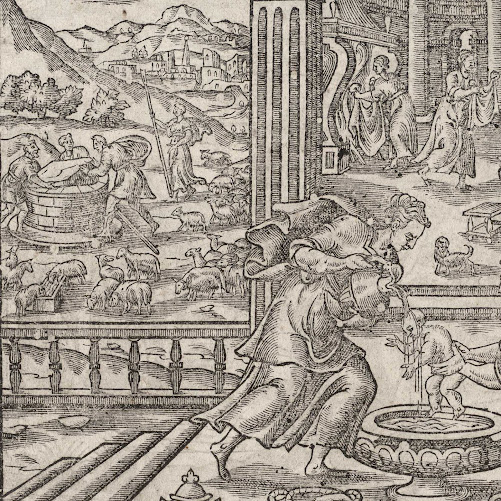 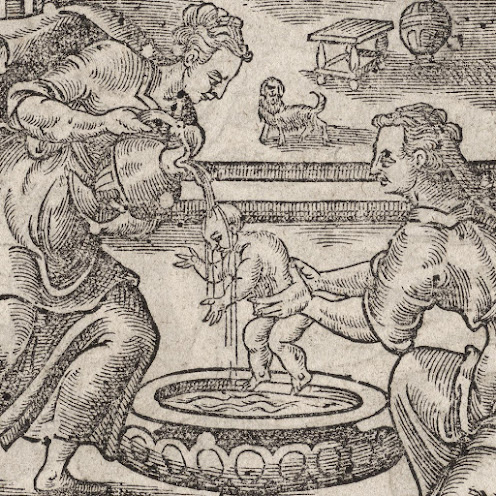 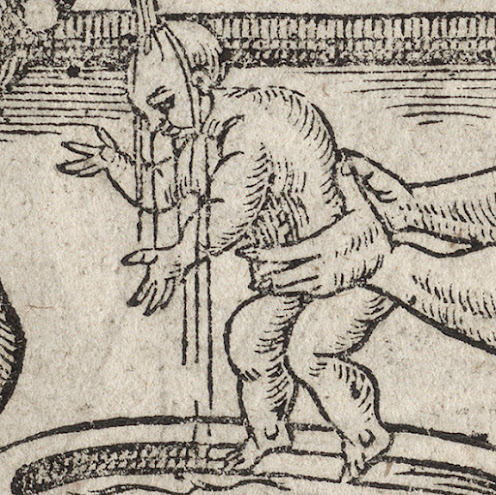 Posted by printsandprinciples at 01:47