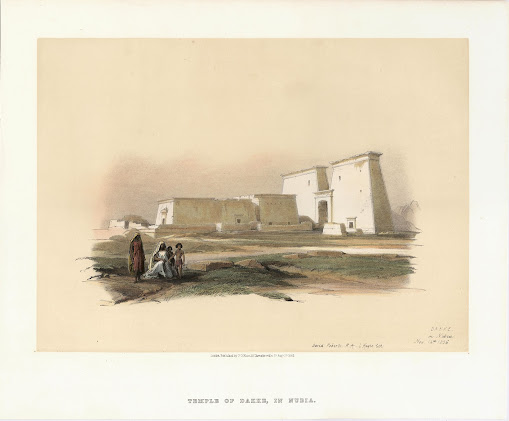 Lithograph printed in bistre coloured ink and hand-tinted with watercolour (as published) on heavy wove paper with text verso.

“Most of the lithographs [in this publication] were printed with two tint stones, usually blue for sky and neutral for foreground. Roberts's method of working with transparent washes over pencil outlines was well suited to reproduction by lithography”

Lifetime impression from the first edition (1846).

The Fine Arts Museum of San Francisco reproduce the text accompanying this lithograph from the first volume of “The Holy Land, Syria, Idumea, Arabia, Egypt & Nubia”:

“Roberts describes this temple as an exquisite little ruin, both in the execution of its sculptured reliefs and in their preservation. The portico, a cella, and the adytum, are covered with emblems of Isis and Osiris. Casts might be easily taken of the whole of these, and thus exhibit the most beautiful examples of such Egyptian decoration. The apartments are not larger than middling-sized English rooms; and such parts as have not been wilfully destroyed, present a surface as fine as if the work were recently finished. In its later time it has been used as a Christian church, and there are traces of some Greek sacred paintings above the pagan symbols: difficult as they are to trace, enough remains to sh[o]w that as works of art they are superior to many of those of the early Greek painters found in the Italian churches.

Dakke is the Pselcis of Pliny and Ptolemy; in Strabo's time it was an Ethiopian city, relinquished by the Romans, who then bounded the extent of their conquests in Egypt by the Cataracts. The temple appears to have been built in different reigns. The designs represent Ergamun, an Ethiopian king, presenting offerings to the deities of the temple, and his royal title is preserved on his cartouches or ovals in the hieroglyphics. The cartouches of Ptolemy Philopater and of his sister Arsinoe, of Euergetes II., who built the portico, and of Augustus, mark the various periods at which this pet temple was decorated or enriched by the Egyptians and Romans in the time of the Ptolemies. Dakke was the stronghold of Ethiopian magic. Hermes Trismegisthus was adored here, and many Greek ex-votos are inscribed to him on the propylon and other parts of the temple.”

Condition: a marvellously fresh impression, in near faultless condition with no significant stains or foxing.

I am selling this gloriously luminous lithograph from the first edition with hand-colouring as published, for AU$347 (currently US$257.71/EUR212.50/GBP191.77 at the time of this listing) including Express Mail (EMS) postage and handling to anywhere in the world, but not (of course) any import duties/taxes imposed by some countries.

If you are interested in purchasing this rare and very beautiful lithograph capturing not only the baking heat of early morning in Nubia, but also the artist’s direct observation of the Temple of Dakke in 1836, please contact me (oz_jim@printsandprinciples.com) and I will send you a PayPal invoice to make the payment easy. 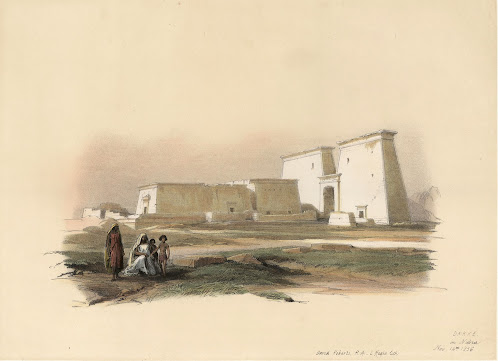 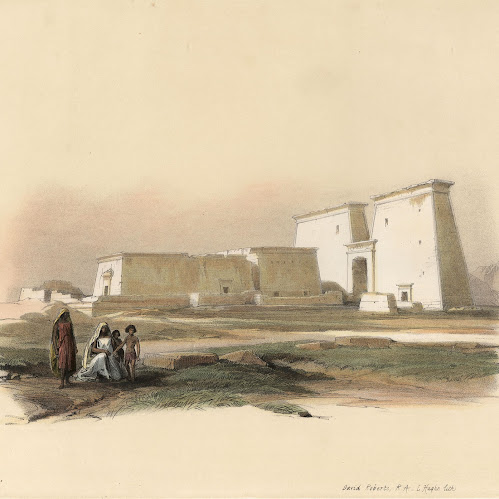 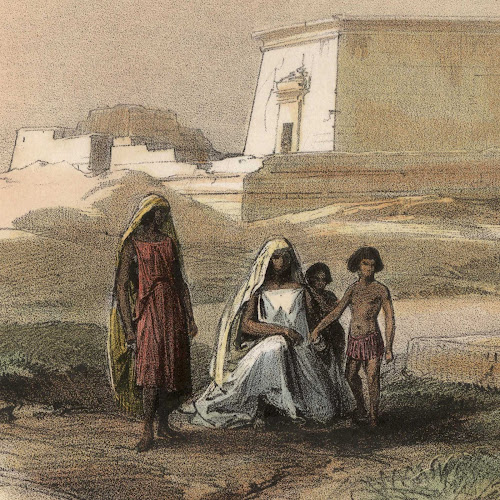 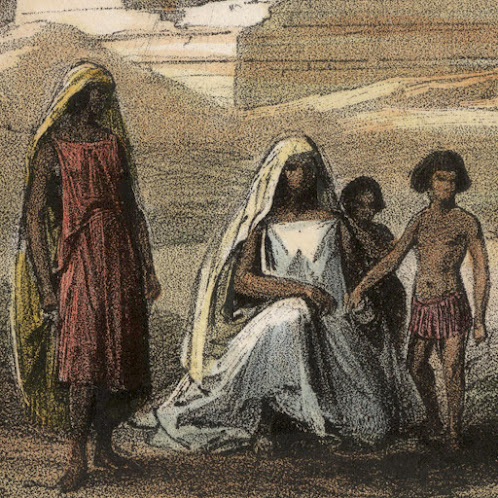 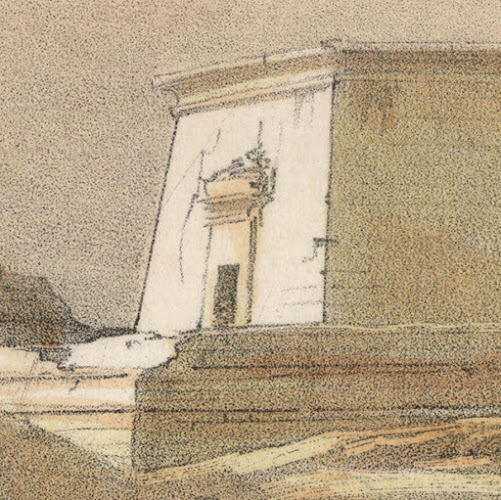 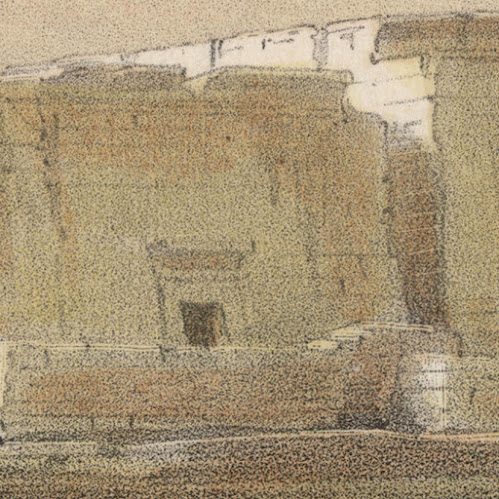 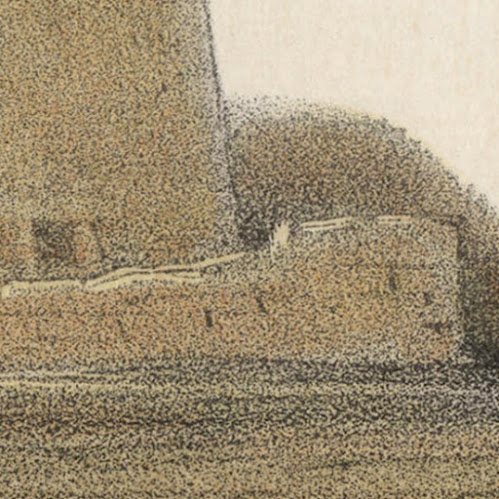 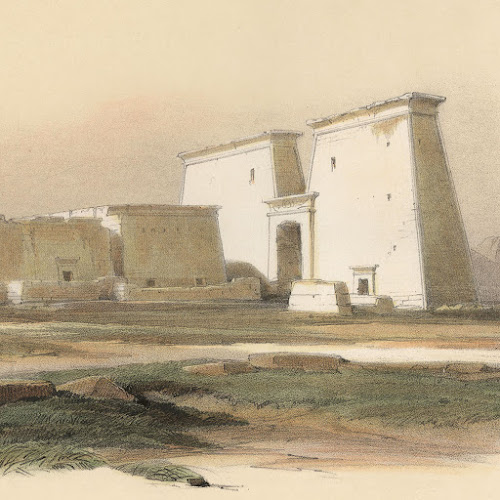 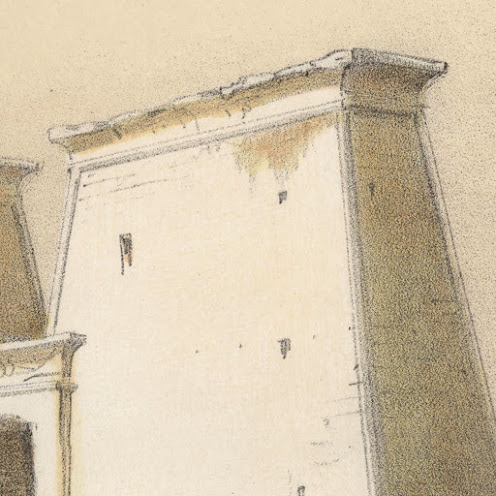 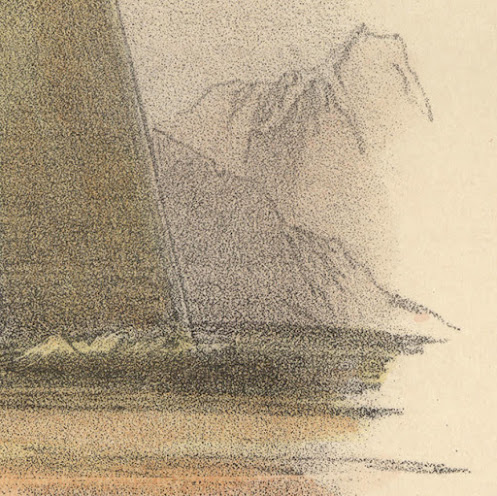