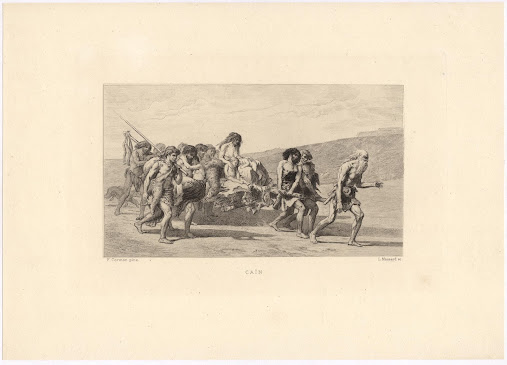 Archive.org offers an online view this etching in the publication in which it features; see https://archive.org/details/4AESUP52RES_1880/page/n97/mode/2up.

To give a context for this etching, Lafenestre (1880) cites the following three lines from Victor Hugo’s “The Legend of the Ages”:

([Transl.] “When, with his children covered in animal skins, Hairless and livid in the midst of the storms, Cain fled from before Jehovah …..”) (p. 57).

Lafenestre (1880) then describes Cormon’s painting (and in turn this etching that it reproduces):

(Transl.) “In a desert of red sand, scorched in the distance by the overwhelming light of a leaden sky, advances, with painful steps, in silence, the cursed family. At the head, to the right, crawls with difficulty on his swollen feet, old Cain, terribly dishevelled, wrinkled, muddy, a bone axe slipped through his belt of skin. Behind, four of her sons painfully carry, at arm's length, a coarse stretcher of branches on which sits, haggard eyes, a dishevelled woman, holding two sleeping children, among the skins of animals still bleeding. In the foreground walk, side by side, two men, one carrying in his arms a beautiful sleeping young girl, the other having a deer slung over his shoulder. Following, come two more hunters, laden with game, followed by fierce dogs. The prehistoric legend was treated, by Mr. Cormon, with an abundance of invention, an energy of expression, a breadth of style which his earlier works, of a less simple taste and a less frank allure, left to hardly foresee” (ibid).

Condition: a strong and well-printed impression in excellent condition with generous margins.

I am selling this physically very small etching that projects the breath of the grand biblical scene portrayed—note that all the details shown in the rendering of each of the figure’s heads occupies less space than a coffee bean!—for a total cost of AU$157 (currently US$112.64/EUR99.46/GBP84.93 at the time of this listing) including postage and handling to anywhere in the world, but not (of course) any import duties/taxes imposed by some countries.

If you are interested in purchasing this tiny etching, please contact me (oz_jim@printsandprinciples.com) and I will send you a PayPal invoice to make the payment easy. 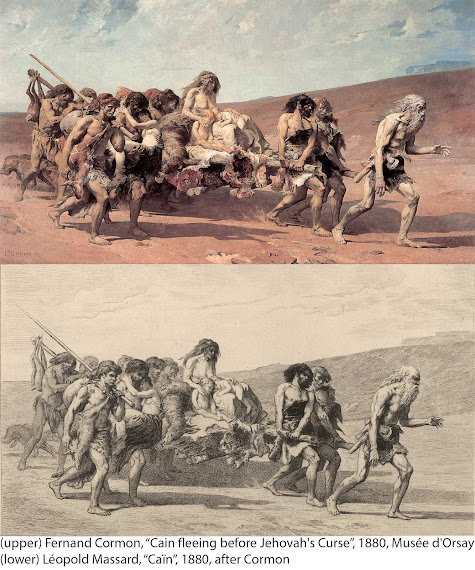 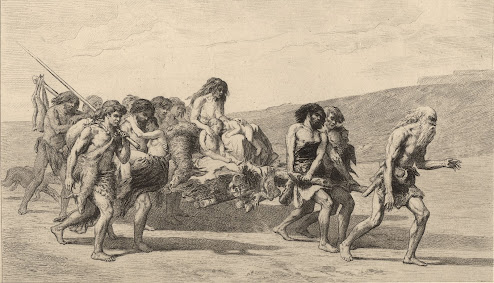 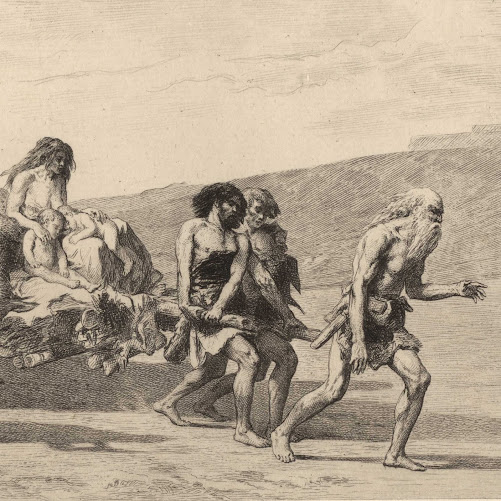 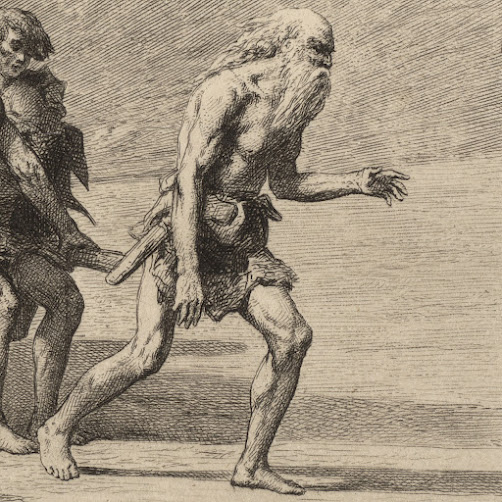 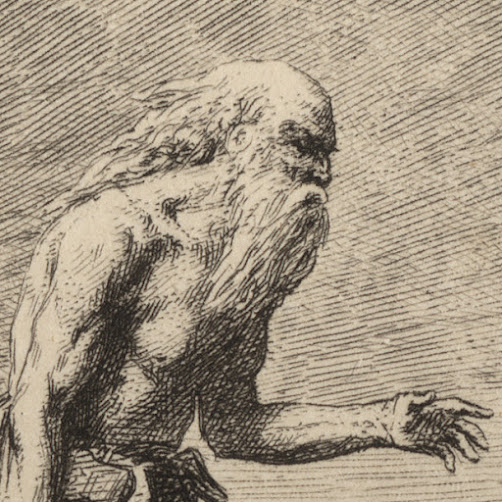 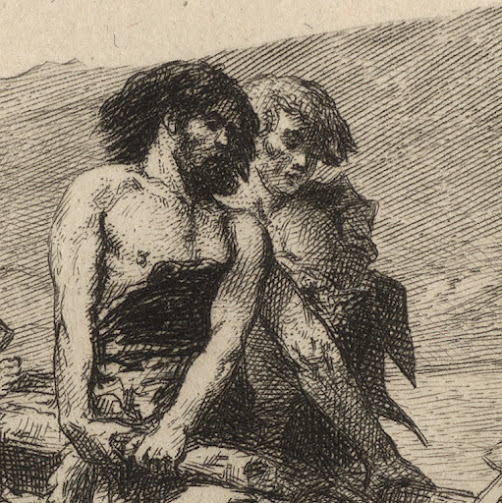 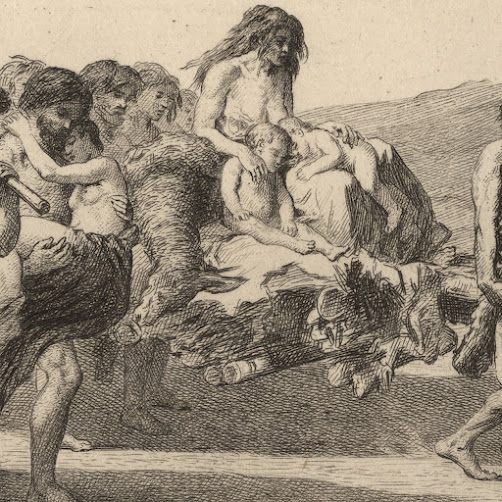 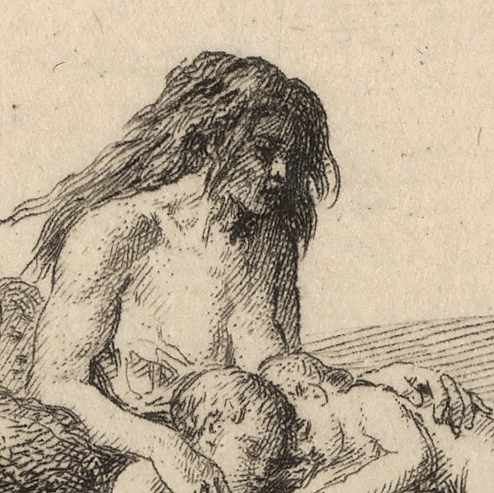 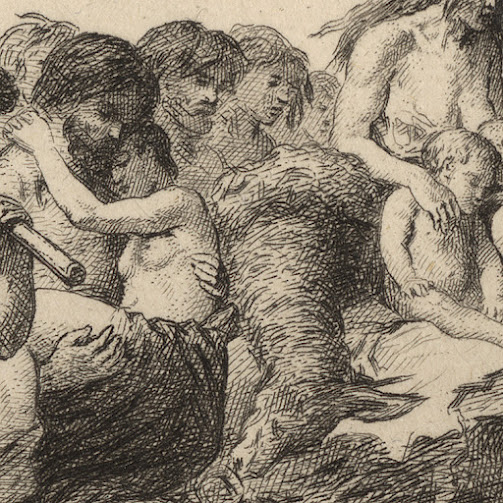 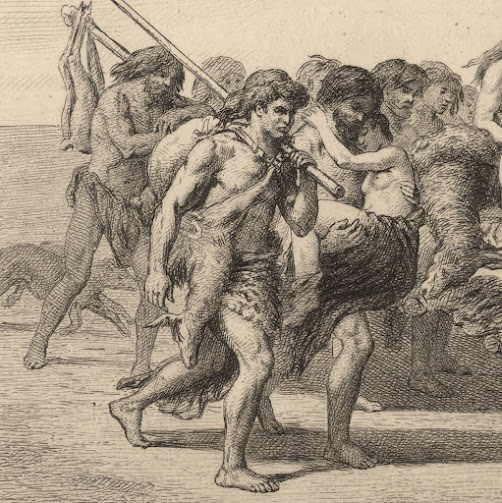 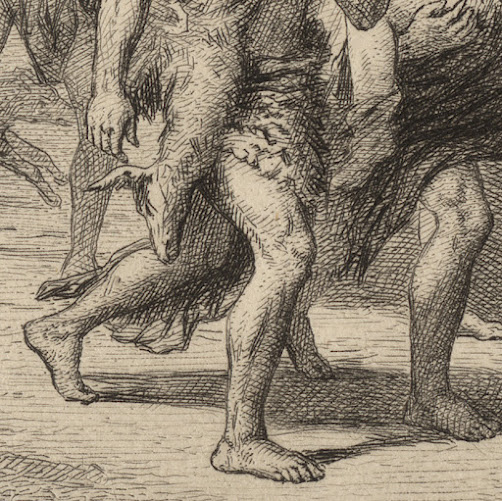 Posted by printsandprinciples at 20:00