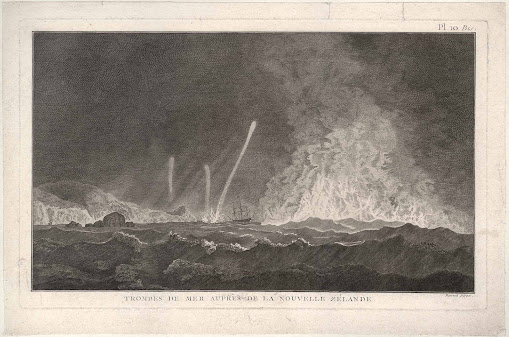 Etching on laid paper, trimmed with small margins around the platemark and backed with a support sheet.

Numbered in plate above the image borderline: (right) “Pl. 10. Bis.”

The National Library of New Zealand offers the following description of the portrayed scene, but with reference to an engraving by D Lerpiniere, published in 1774: “The Resolution shown in a wild storm with three waterspouts, off Cape Stephens, the northernmost point of D'Urville Island, at the top of the South Island. The incident took place in May 1773, during Captain Cook's 2nd voyage to New Zealand” (https://natlib.govt.nz/records/22471863).

Regarding the portrayed incident that occurred in May 1773, the composition is based on an oil painting in the National Maritime Museum (Greenwich) executed in 1776 and the event is described as follows (in transl.) in the text preceding the plate:

“[The waterspout’s] progressive movement was NE, not in a straight line, but in a curved line, and it went to fifty yards from our stern, without producing any effect on us. I judged the diameter of the base of this waterspout to be about fifty or twenty feet; that is to say, the sea, in this space, was very agitated, and threw up foam to a great height. On this base there formed a tube or round column, through which the water or the air, or both together, were carried in a spiral jet to the top of the clouds. ‘She’ was brilliant & yellowish when the sun illuminated her, & her width increased a little towards the lower extremity. ‘Some people from the crew said they had seen a bird in one of the waterspouts near us, and which, as it ascended, was dragged away by force, and whirled like the pendulum of a rotisserie. During the duration of these waterspouts, we had from time to time small gusts of wind, from all points of the compass, and some light showers of rain which usually fell in large drops. As the ‘clouds approached us, the sea was more covered’ with small broken waves, sometimes accompanied by ‘hail’, and the fogs were extremely black. The weather continued to be thick & foggy for a few hours …” (p. 218).

Condition: a well-printed impression laid upon an archival support sheet of millennium quality washi paper providing an extended margin. There is a pale stain in the margin at lower right and tears in the upper margin.

I am selling this curiously interesting spectacle of waterspouts—note that the portrayed turmoil in the foreground is the base of a waterspout described as “brilliant & yellowish when the sun illuminated her”—documented in James Cook’s second voyage to New Zealand, for the total cost of AU$223 (currently US$160.27/EUR141.15/GBP118.32 at the time of posting this listing) including postage and handling to anywhere in the world, but not (of course) any import duties/taxes imposed by some countries.

If you are interested in purchasing this eye-catching etching, please contact me (oz_jim@printsandprinciples.com) and I will send you a PayPal invoice to make the payment easy. 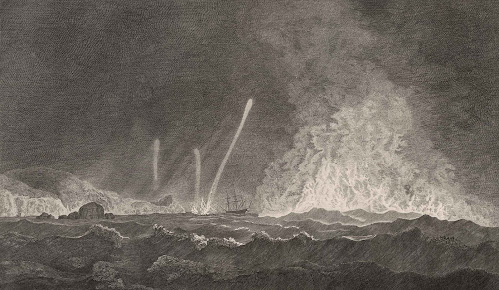 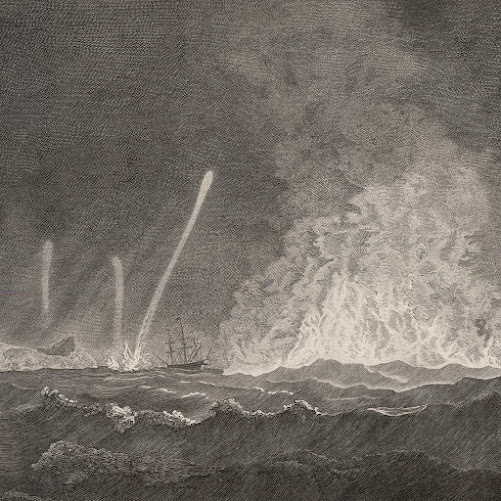 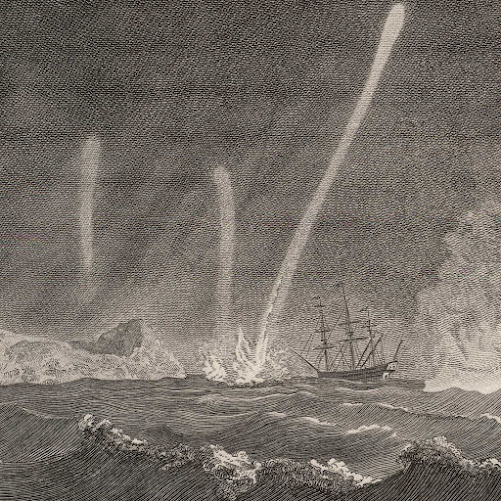 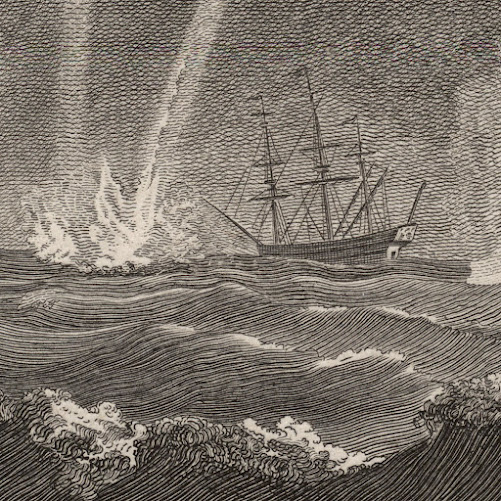 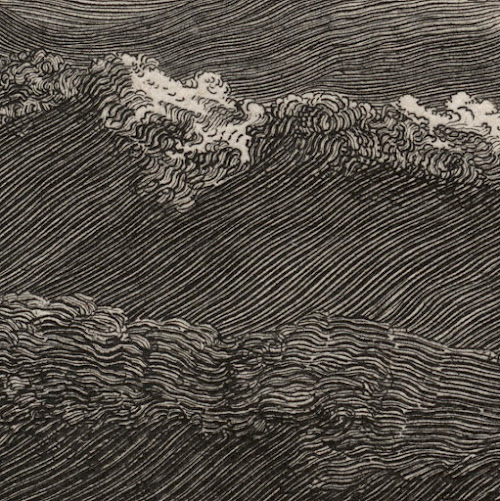 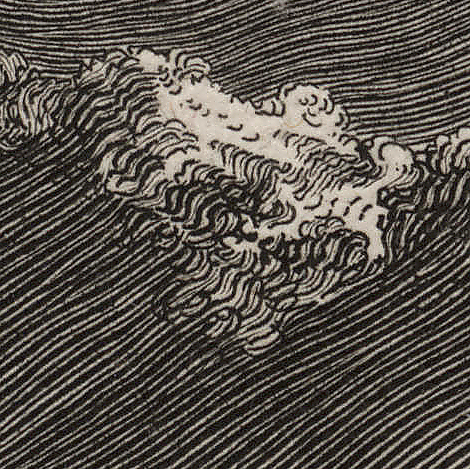 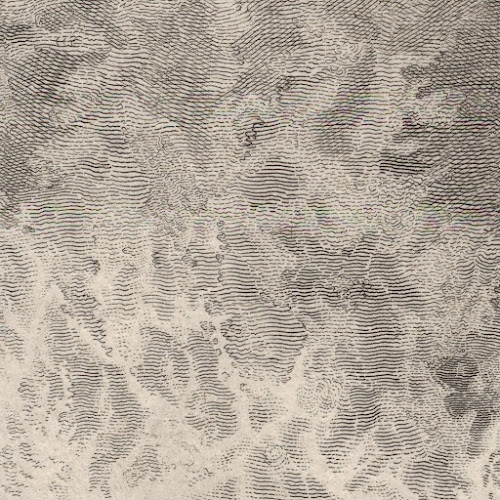 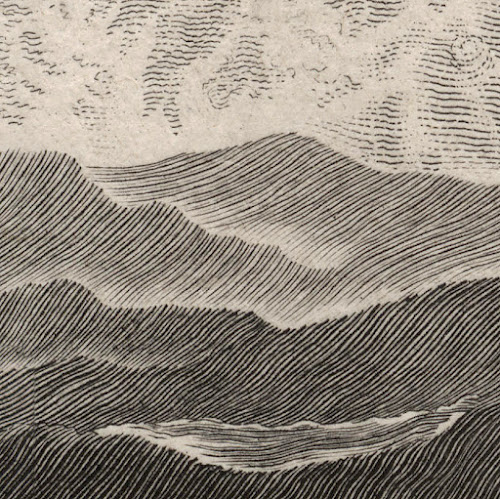 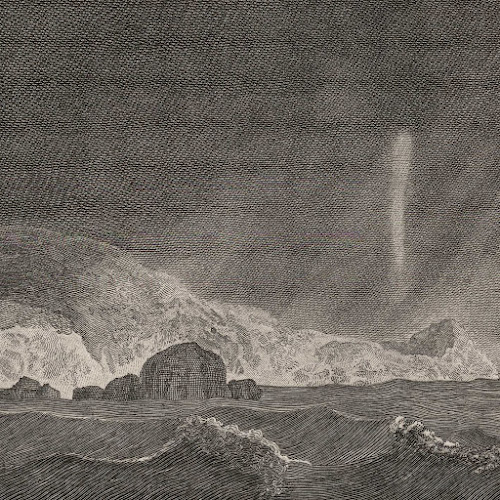 Posted by printsandprinciples at 21:22