Unidentified engraver from the circle of Adriaen Collaert, “Abraham and the Three Angels”, c1560, after Maarten de Vos 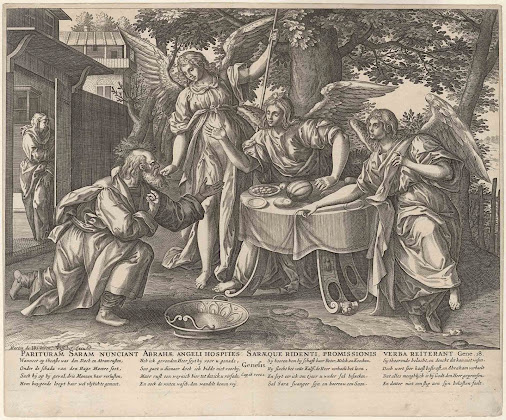 Unidentified engraver from the circle of Adriaen Collaert (c1560–1618)

“Abraham and the Three Angels” (aka “Parituram Saram Nunciant Arabæ Angeli Hospites” (Let the Angels of the Arabs Announce the Birth of Sarah), c1560, published by Claes Jansz. Visscher II (aka Piscator; Nicolaes Jansz Visscher) (1587–1652) after the design by Maarten de Vos (aka Marten de Vos; Maerten de Vos) (1532–1603) (as inscribed in plate) and after the engraving by Adriaen Collaert, plate 6 from series, “The Story of Abraham”.

The Rijksmuseum offers the following insights regarding the publication of this engraving: (transl.) “The Amsterdam publisher Claes Jansz. From the 1930s, Visscher (II) produced large biblical prints on so-called royal-sized paper (approx. 480 x 580 mm). After his death in 1652 his son Nicolaes Visscher (I) continued the company and so did the publication of Royaalbijbelprenten. When Nicolaes died in 1679, his son Nicolaes Visscher (II) took over the company and shortly afterwards, around 1680, published a list of […]. It describes 130 prints with Biblical scenes on royal paper (see documentation J. van der Waals). Complete picture bibles in generous format were published by father and son Nicolaes Visscher under the title Historiae Sacrae Veteris et Novi Testamenti. However, the sheets were also sold separately and could be combined with Royaalbijbel prints from other publishers. Several Amsterdam publishers also published royal-sized bible prints, including Clement de Jonghe and Cornelis Danckerts. The prints published by the Visscher company are mostly made by anonymous printmakers after the example of various sixteenth- and seventeenth-century Biblical prints and print series. Often the compositions had to be adapted to the larger and elongated royal format. There are also large magazines by well-known printmakers such as Jan van Londerseel, Pieter Nolpe, Jacques de Gheyn (II) and Jan Harmensz. Muller included in the category 'Bybelsche Figuren, op Royaal- Bladen' in Visscher's list. Print possibly used in: Historiae Sacrae Veteris et Novi Testamenti (Royal Bible). Amsterdam: Nicolaes Visscher (I) and (II), [1652-1702]. In the index list of Nicolaes Visscher II (ca. 1680) the subject of this print is entitled 'Bybelsche Figuren, op Royaal- Bladen. existing from the following histories.' numbered as follows: 7” (http://hdl.handle.net/10934/RM0001.COLLECT.446430).

Engraving on laid paper trimmed slightly evenly along the platemark with a small margin at the lower edge and backed with a support sheet.

State i (of ii) before the added address of Pieter Schenk.

Condition: a strong and early impression still retaining some the text guide lines, trimmed slightly unevenly around the platemark and laid onto a support of archival (millennium quality) washi paper. There are minor restored chips to the edges of the sheet otherwise the sheet is in an excellent condition with no tears, folds, abrasions, significant stains or foxing.

I am selling this large engraving from the mid-1500s, for AU$493 in total (currently US$340.45/EUR334.01/GBP284.60 at the time of posting this listing) including postage and handling to anywhere in the world, but not (of course) any import duties/taxes imposed by some countries.

If you are interested in purchasing this masterwork of engraving showing three angels visiting Abraham with the news that his wife, Sarah, will have a son—note that Abraham has arranged a meal to be set for the angels while Sarah listens to the news from the doorway—please contact me (oz_jim@printsandprinciples.com) and I will send you a PayPal invoice to make the payment easy. 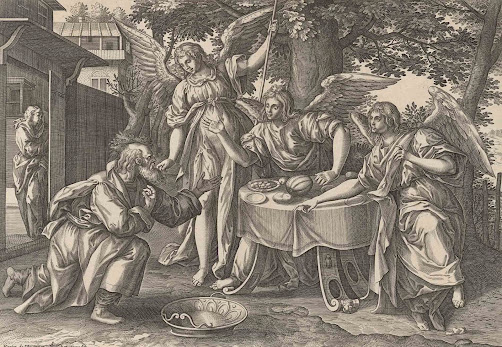 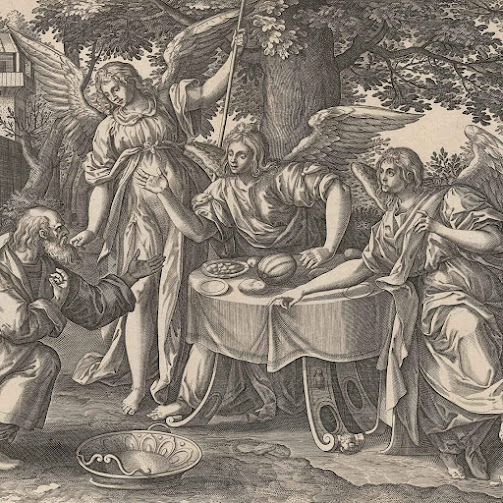 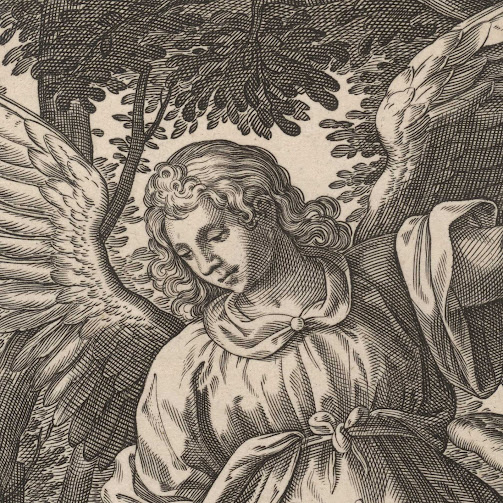 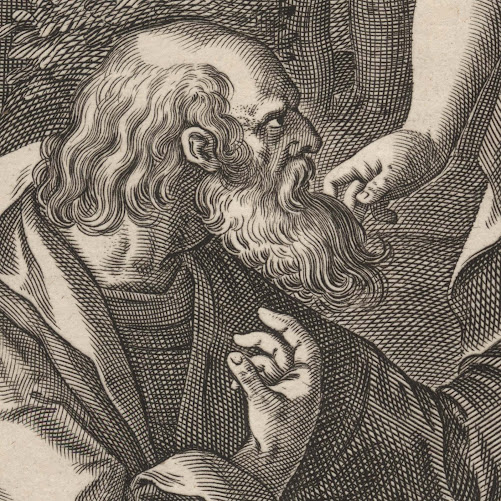 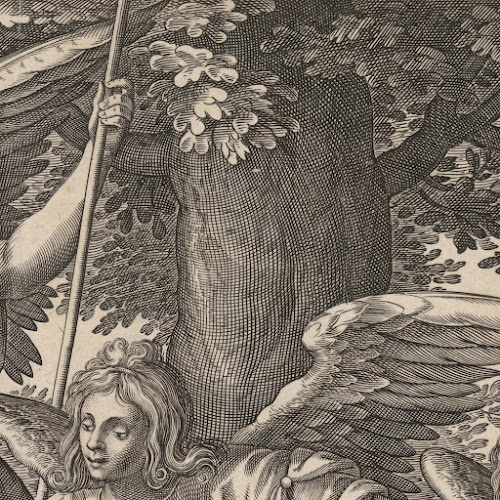 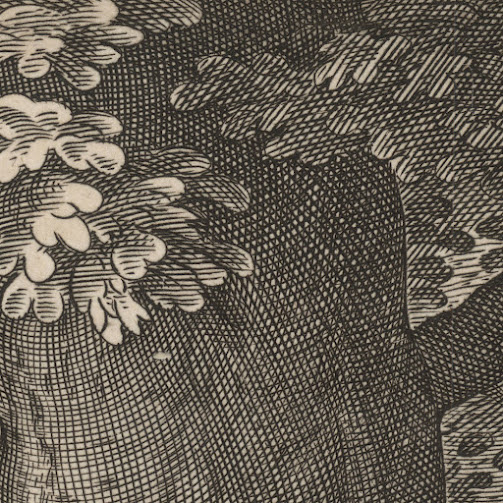 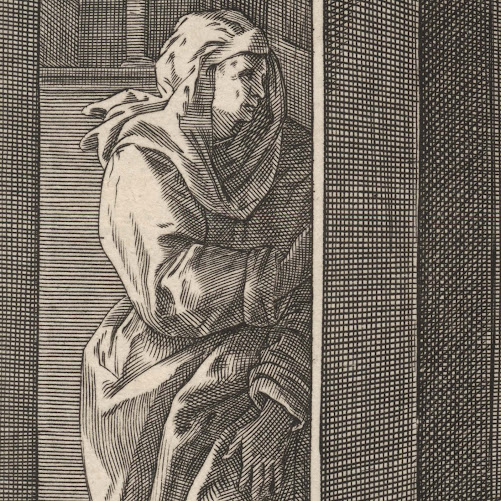 Posted by printsandprinciples at 23:46