Now that the four discussions about trees as metaphors are posted, I thought I would share with you my explorations linked with the first of the metaphor posts that addresses the idea of fresh growth arising like a phoenix from dead tree stumps. If you have a look at the photos below you will see what I mean. A short version of what I am engaging with is that I have joined the party of artists who like to juxtapose living trees with those that have moved on to tree heaven. My adventure with miniaturised trees—I dare not call either of them a bonsai for fear of the wrath from bona fide bonsai experts—has been an ongoing hobby. Now, with the introduction of dead plants, I have either raised my horticultural skill to a new level, or (as suggested to me by a friend) a low level of kitsch. For those curious about the black substance coating the dead trees, it is called “brushable bitumen” and can be purchased from hardware stores in the plumbing section. 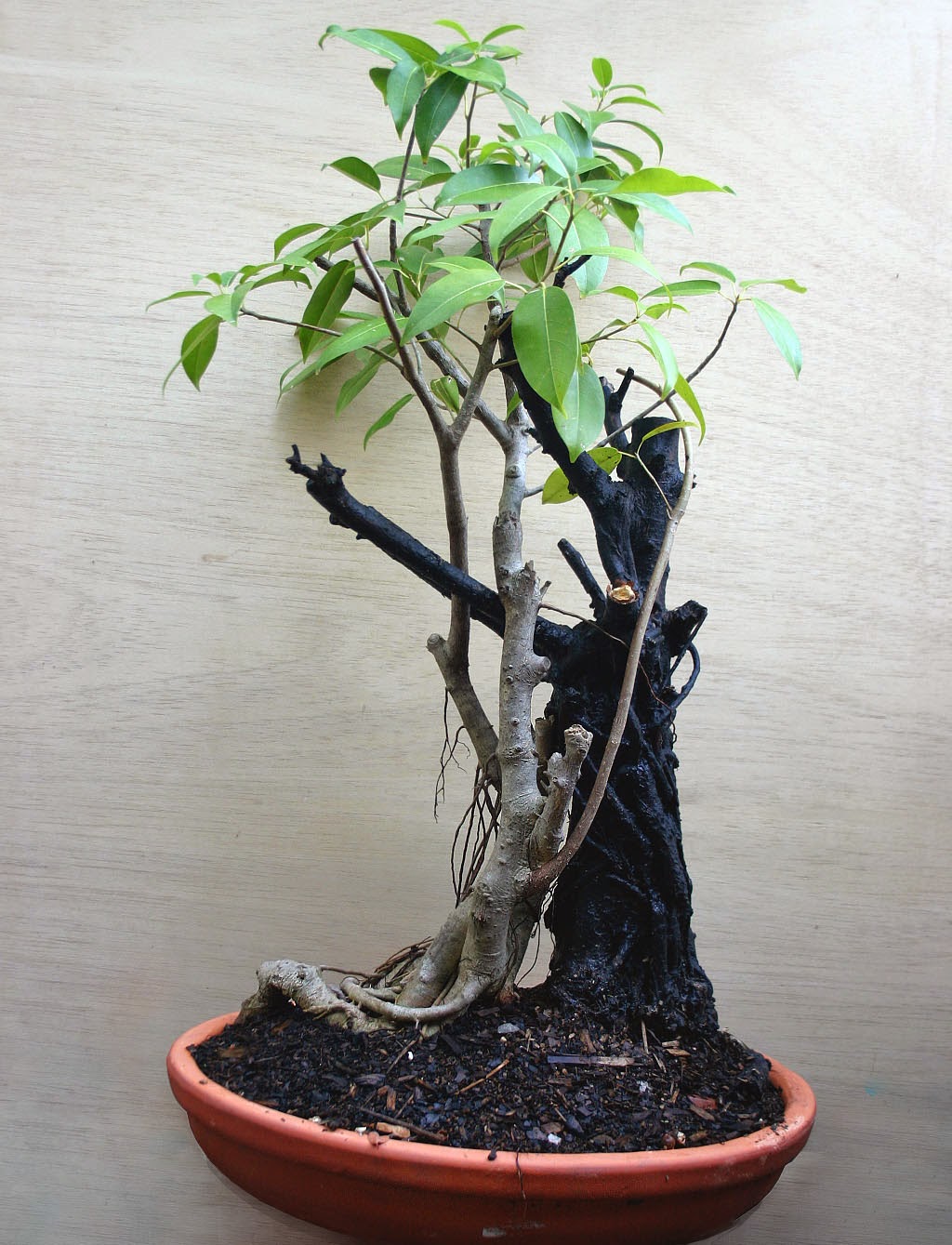 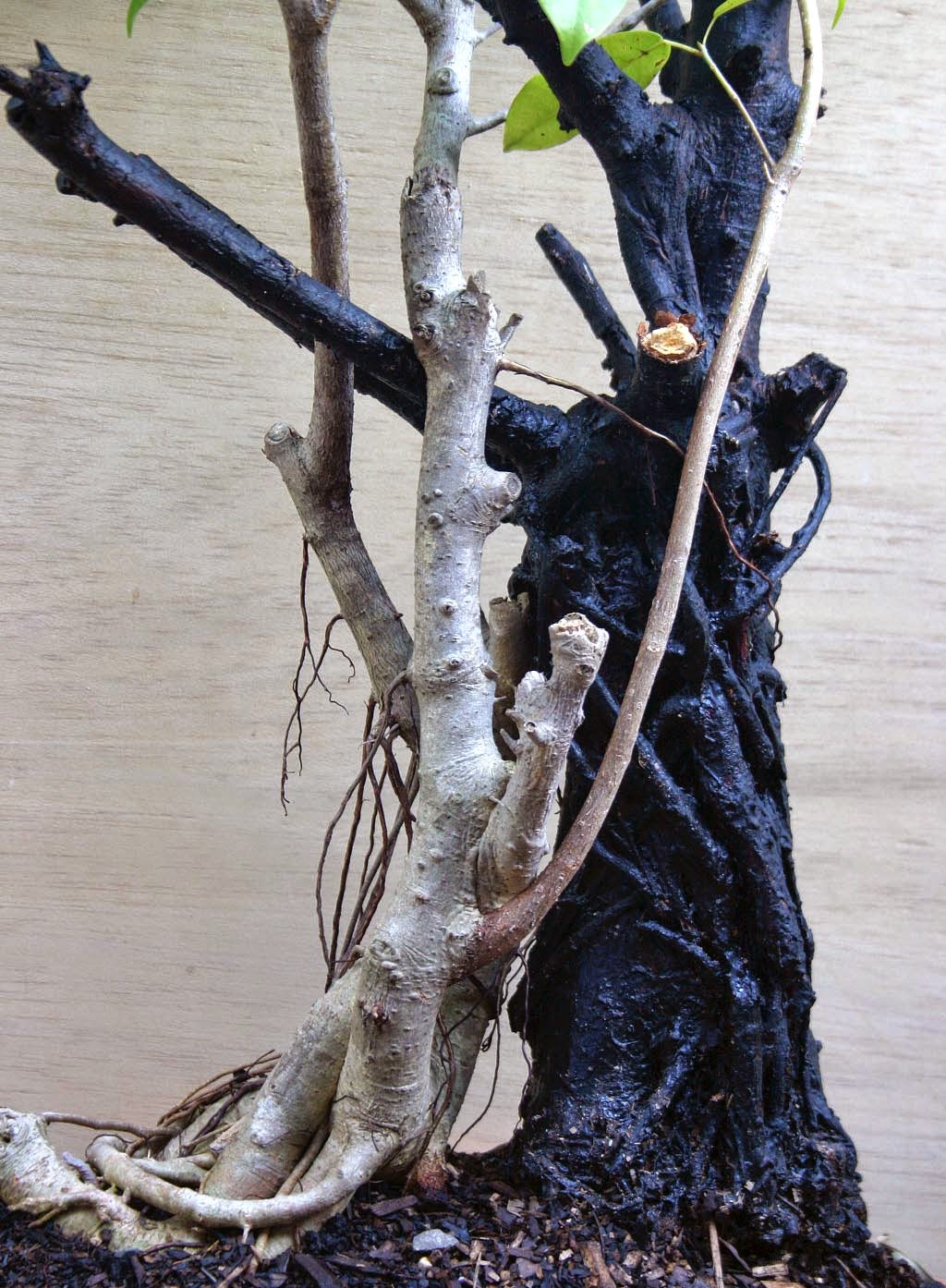 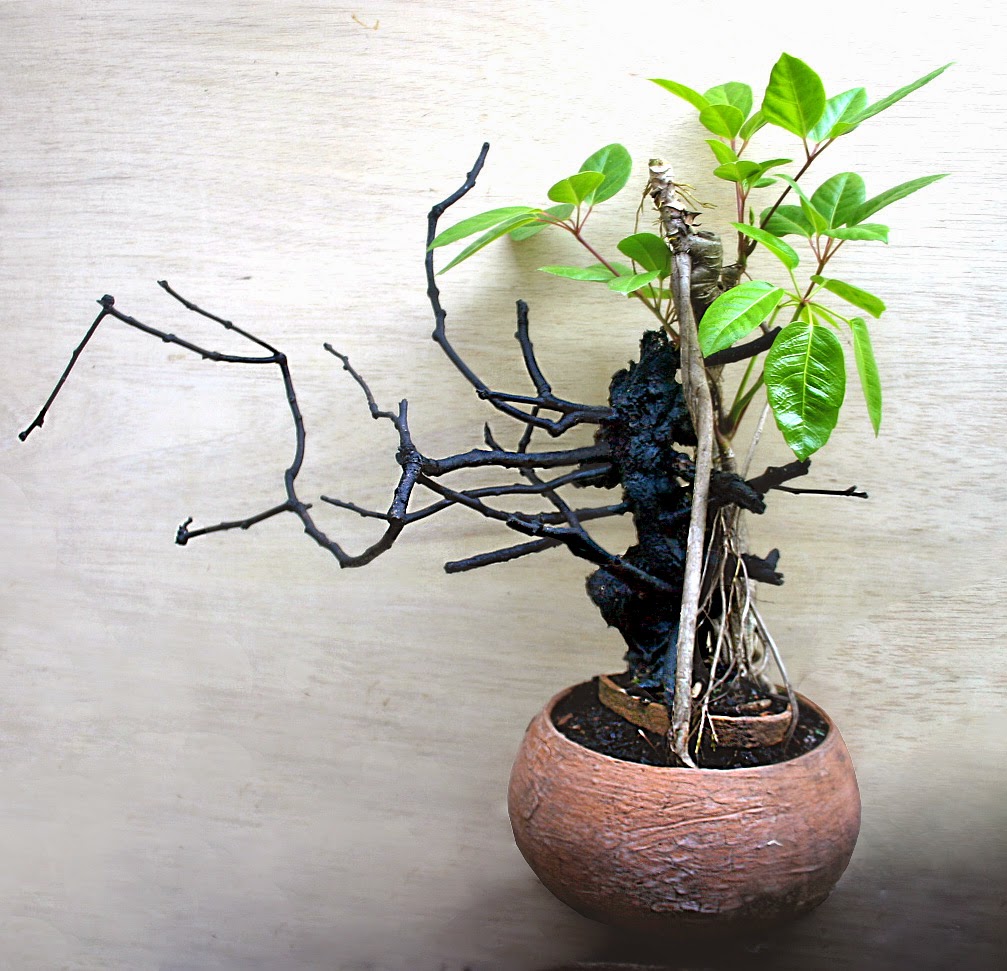 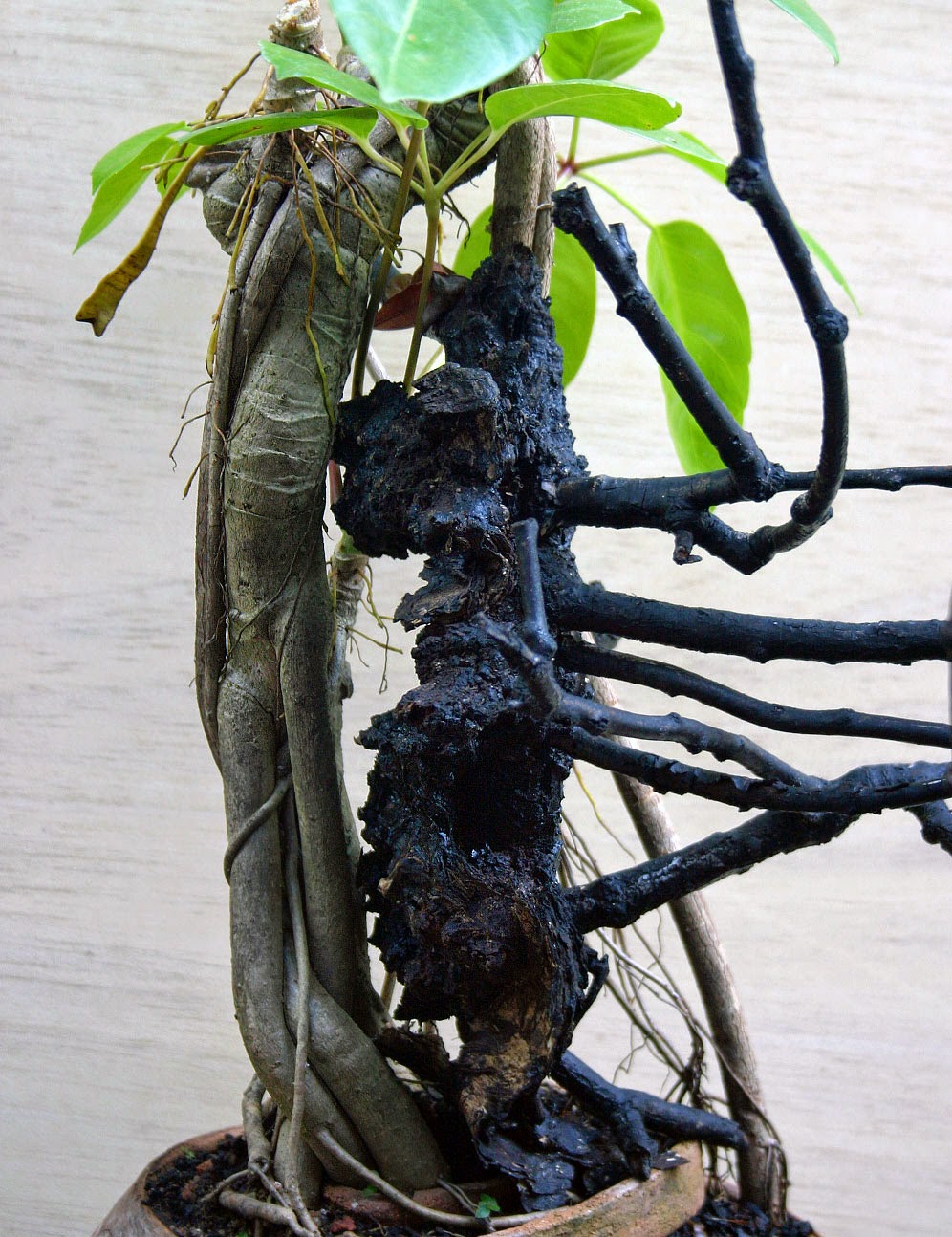 Before posting the next topic for discussion—A Spark of Life: Botanical Illustration—which will focus on some of the important principles that illustrators use to give vitality to their images of plants, I have been refreshing this blog’s galleries (see the set of links to the right of the” Home” button at the top of the page).

For the “Architecture and Ornament” gallery I have posted a large and outstanding—perhaps even “knock-your-socks-off” outstanding—Piranesi etching that is a perfect marriage between objective depiction of crumbled architecture and highly subjective fantasy. Images such as this one explains vey well what Piranesi meant by his expression: “Speaking Ruins” (see John A. Pinto [2012], Speaking Ruins: Piranesi, Architects, and Antiquity in Eighteenth-Century , p. V111). When I was researching this print I was impressed to find that in Taschen’s two-volume catalogue raisonné (2001) on Piranesi, a section of this print features on the back cover of the second volume. I have also added an equally large etching by Piranesi of an ornamental base to a candelabrum. The image is so rich in an amalgam of motifs that I envisage it serving any designer very well as a resource.

In the “Figures and Fauna” gallery I thought I would keep to the Piranesi theme and offer a Piranesi print that portrays a figure without an architectural setting. I think your curiosity will be aroused when pondering the meaning of the portrayed character who scratches his head while holding an array of vegetables in his clothes. As a bit of a clue, he is an inventor, engineer and master mason.

For the “Landscapes and Flora” gallery, I thought that I would offer a double deal of two Adolphe Appian etchings at a very attractive price. I have been an avid collector of Appian prints for many years but these are two images that are not easily found. Sadly when I purchased them way back in the distant past both prints had been trimmed without their line of text about their publisher. Rather than releasing them in this sad and forlorn state, they have been professionally bathed (without bleach) and laid on archival paper and now they look magnificent.

The “Books” gallery now has a well used and interesting book that collectors of antique will love. It is an amazing collection of 55 original prints (forgive me if I miscounted the number … I lost interest towards the end of counting them) from 1849, featuring the key monuments of . I originally planned to have the book professionally cleaned. After contemplating the scale of such an undertaking, I decided that the grime of centuries could stay as, arguably, the grime is intrinsically a part of the book’s history. Speaking of its history, the book has a handwritten dedication on the first page that army folk may find riveting; particular those from the family of Corporal François André Victorin and those that ascribe to the theory of “Six Degrees of Separation” that relates us to him (see http://en.wikipedia.org/wiki/Six_degrees_of_separation).

In the final gallery, “Object and Artefacts”, you will find three very different objects for three different and very specialised purposes.

The first item is a rare—extremely rare—antique yimbi. It is an Australian Aboriginal biconial basket/dilly-bag with a keel-shaped bottom from used for carrying babies, food and catching fish. This yimbi is so rare that it should be in a major museum collection.

The second item is a pottery kiln purchased for John (affectionately titled “the gardener”) so that he could make the perfect teapot. What is interesting about this wish is that my father had the same. He bought a wheel, kiln and all the gear necessary to make a teapot and when he had succeeded in his mission all the pottery gear was left abandoned gathering dust.

The third item has caught the eye of an endless stream of drawing students who were obliged to admire it for hours: a taxidermy hen nestled happily in a straw basket. For printmakers this item may be of curious interest, as it physically embodies the effect of the fixed gaze of a hen’s eye, called “pollini”, that describes the expressionless blank eye that engravers exhibit after they finish a long shift of concentrated looking. It is also the acquired name of Cesare Pollini (c. 1560–c. 1600) because he exhibited pollini eyes resulting from his occupation as a miniaturist (see Judy Metro (Ed.) 2011, Italian Master Drawings from the Wolfgang Ratjen Collection 1525–1835, p. 36).
Posted by printsandprinciples at 22:49