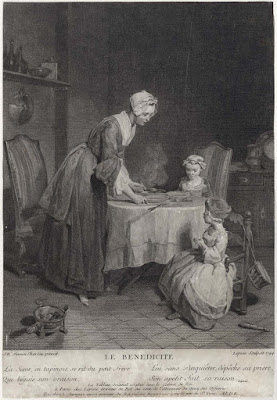 The British Museum offers the following description of this print:
“Saying grace, after Chardin; domestic interior with woman serving soup to her two children sitting at a table, the youngest saying the grace.” The curator of the British Museum also advises that this print is after “a painting by Chardin shown at the Salon in 1740, formerly in the collection of Louis XV, and now in the Musée du Louvre (Paris). A pair to 'La mère laborieuse'.”
(http://www.britishmuseum.org/research/collection_online/collection_object_details.aspx?objectId=1361143&partId=1&searchText=chardin+Lepicie&page=1)

Condition: rare impression, trimmed to the image borderline, with small surface abrasions and light staining. Beyond these issues, the sheet is clean and in good condition (i.e. there are no tears, folds or holes).

I am selling this rare 1744 original engraving of domestic bliss by Lépicié after Chardin for a total cost of [deleted] including postage and handling to anywhere in the world.
If you are interested in purchasing this charming and delicately executed print, please contact me (oz_jim@printsandprinciples.com) and I will send you a PayPal invoice to make the payment easy.


This print is no longer available 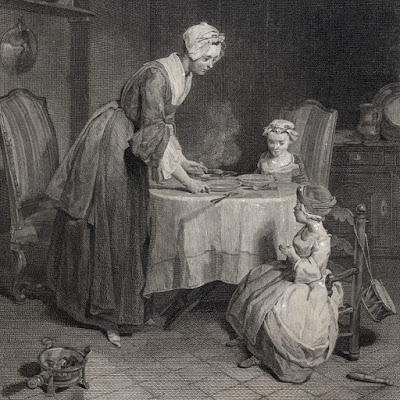 Beyond being famous for his translations of Chardin’s paintings into delicate etched and engraved lines—such as this superb example—Lépicié was also a poet. Like most poets struggling to find an audience, Lépicié clearly saw an opportunity to make the meaning of Chardin’s composition unambiguous with a few lines of poetry inscribed below the image:
“La Soeru, en tapinois, se rit du petit frere / Qui bégaie son oraison, / Lui, sans s’ínquiéter, dépêche sa priere, / Son apétit fait sa raison. Lépicié” (Google Translation: "Sister, stealthily, laughs at the little brother / Who stutters his prayer, / He, without worry, dispatches his prayer, / His frighten its raison. Lépicié ")

Although this print is the same as the copy in the British Museum with the attribution to Bernard Lépicié, the Hunterian Museum & Art Gallery has another copy with the name, “Rene Elizabeth Marie Lepicie” inscribed on the plate (lower right). Interestingly, the Hunterian Museum proposes: “Lépicié's interpretation of Saying Grace was one of the most popular prints of the century." (http://www.huntsearch.gla.ac.uk/cgi-bin/foxweb/huntsearch/DetailedResults.fwx?collection=all&searchTerm=933&mdaCode=GLAHA).

Regarding the popularity of this famous print, Archibald Younger (1913) in “French Engravers of the 18th Century” makes the bold assessment: “… difficult as it must have been to reproduce in black and white the life with which his [Chardin’s] pictures were imbued … in Lépicié’s beautiful plate of ‘Le Benedicite’ … the engraver’s art may be said to have now almost reached its zenith “(p. xiii). 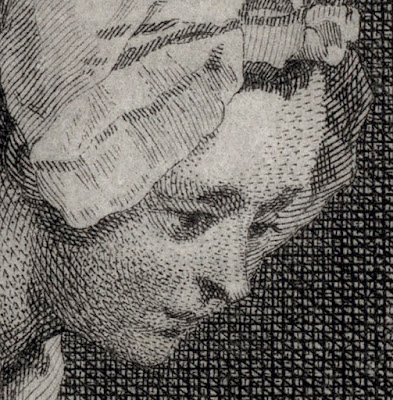 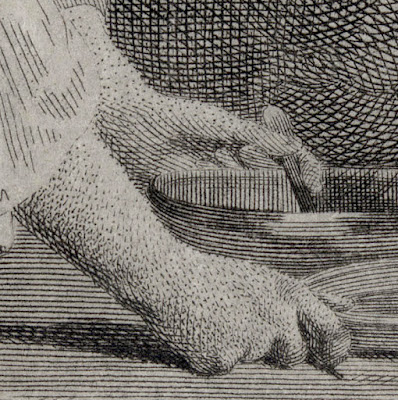 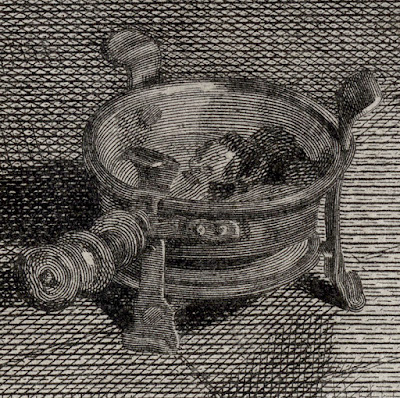 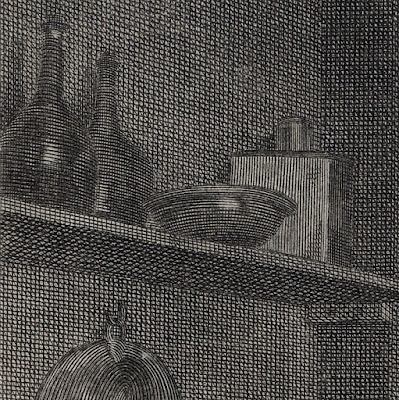 Posted by printsandprinciples at 05:54