Ridinger’s etching, “Adam names the Animals” from the “Paradise” series 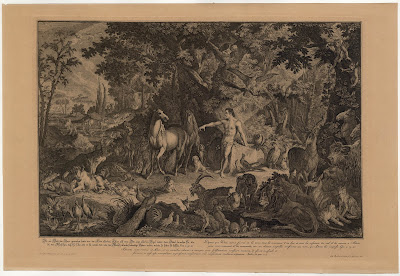 Johann Elias Ridinger (aka Johann Elias Riedinger) (1698–1767)
“Adam names the Animals” (Genesis 2. 19. 20: “The man gave names to all livestock, and to the birds of the sky, and to every animal of the field; but for man there was not found a helper suitable for him.” [Word English Bible]), 1745, published in Augsburg 1767, from the series, “Das Paradies oder die Schöpfung und der Sündenfall des ersten Menschenpaares (Paradise: the Creation, the fall of man and the expulsion of the first couple of man“)

The British Museum offers the following description of this series and its publication:
“A bound portfolio containing twelve prints illustrating Adam and Eve in Paradise; the creation and fall of man. c.1730–60 Etching with some engraving; in the original blue wrapper”
(http://www.britishmuseum.org/research/collection_online/collection_object_details.aspx?objectId=3407596&partId=1&searchText=Ridinger+otter&page=1)

Condition: exceptionally rare and near faultless impression printed on brown paper with margins as published. There are remnants of mounting tape (verso) 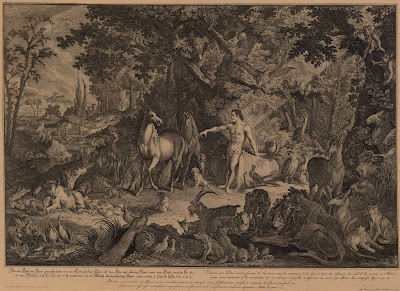 This print shows the very first sunrise as described in the Old Testament with Adam broadly gesturing to the rich diversity of animals filling the Garden of Eden.

Ridinger clearly wanted this and the other plates from his “Paradise” series to be an ultimate statement about God’s handiwork; after all the conspicuous consumption of time committed to the plate is plain to see. Ridinger certainly ensured that every square inch of this particular plate is “filled to the brim” or, to borrow another phrase, “packed to the rafters” with every critter imaginable. Not only do they seem to struggle to be in our view but many of them interact with each other with a slight hint of territory marking.

Leaving aside the shameful idea proposed to me that these animals are slightly eroticised and question Adam’s interest in them—mindful that Eve has not set foot in the garden at this point in the story—my interest centres on the birds in the sky. My interest in these birds is that at the time when this print was being executed the world was beginning to hear about the Birds of Paradise in New Guinea. More exciting than this, a marvellous folklore had arisen that such birds never landed but spent their lives perpetually flying in a sky paradise with their eggs and young ones tucked safely in their feathers.

Regarding the significance of this print and the others of the series, an interesting website that discusses Ridinger’s plates is “Niemeyer’s AHA! Events” (December 2013) which offers the following insight into Ridinger’s aim:
“‘… to show the manifold zoological manifestations, the presentation of carefully painted native and exotic animals’, the latter he had become acquainted with as court painter of emperor Rudolph II, at once setting himself apart from the majority of the Dutch colleagues who had to confine themselves to domestic animals.” (http://aha.luederhniemeyer.com/aha1312e.php; the in text quote may be from Kurt J. Müllenmeister’s “Roelant Savery” / Die Gemälde. 1988) 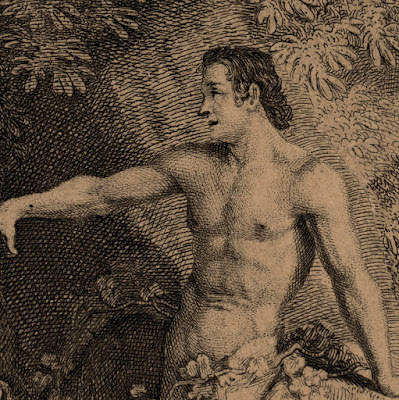 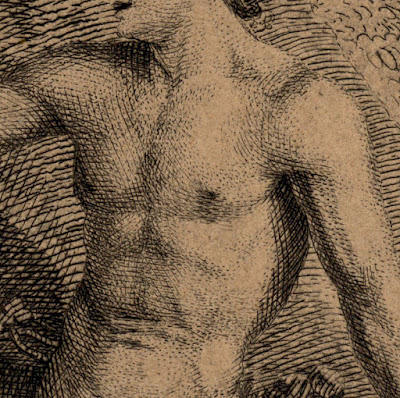 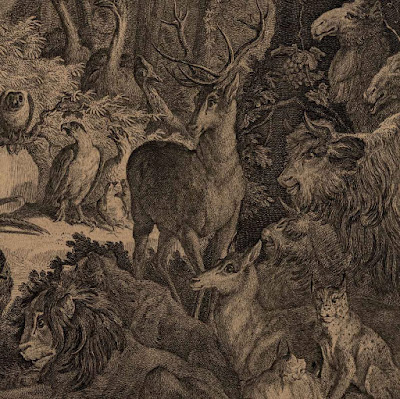 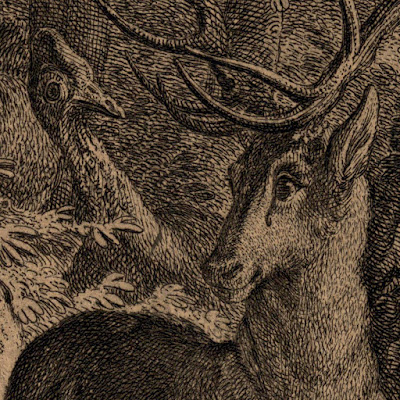 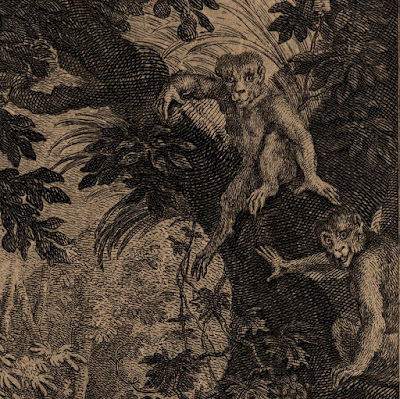 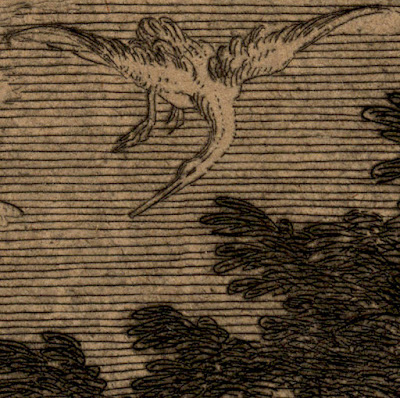 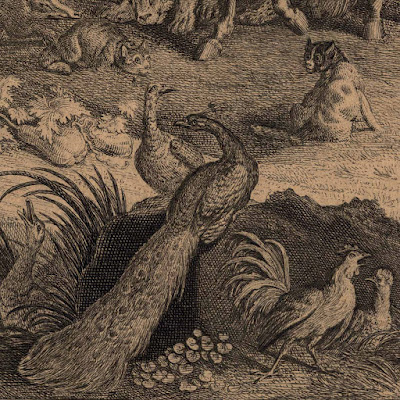 Posted by printsandprinciples at 06:32

Email ThisBlogThis!Share to TwitterShare to FacebookShare to Pinterest
Labels: Ridinger