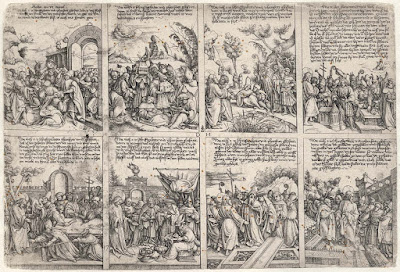 Etching on heavy laid paper with watermark, inscribed with the Funck number “17”, trimmed at image borderline and lined on a conservator’s support sheet of washi paper.
Size: (sheet) 26.5 x 39 cm
Signed with monogram in the plate at centre. Lettered above each scene with corresponding passage from Matthew 23.

The British Museum offers the following description of this print:
“The seven woes; eight illustrations to Mathew 23, 13-31; with Christ showing the apostles the misdeeds of the pharisees, scribes and contemporary clerics. Etching”
(http://www.britishmuseum.org/research/collection_online/collection_object_details.aspx?objectId=1445723&partId=1&searchText=daniel+hopfer&page=1)

Condition: crisp impression trimmed at the image borderline with roughened edges that are now supported with lining on a conservator’s sheet. The print has surface marks (corrosion from the iron plate from which this impression was taken?) and a scattering of small orange spots (rust stains?).

I am selling this large print by the first artist to use etching for prints on paper, for the total cost of AU$620 (currently US$454.861/EUR431.58/GBP374.36 at the time of posting this) including postage and handling to anywhere in the world.
If you are interested in purchasing this important old-master print, please contact me (oz_jim@printsandprinciples.com) and I will send you a PayPal invoice to make the payment easy. 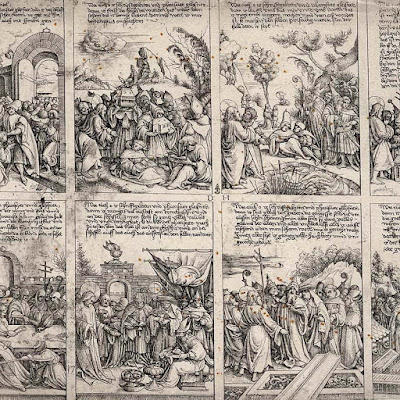 Daniel Hopfer is acclaimed as being the first artist to use the process of etching to make prints on paper. Be mindful, however, that etching on armour had been employed well before Hopfer's time. This large composite print is consequently one of the first etchings ever made. In short, it is an important print.

Regarding the many panels that feature in its design, the panels are illustrations of what are known as the “seven woes” (i.e. vices) that Christ reproached the “scribes and the Pharisees” in his teachings. The fact that there are eight panels rather than seven is an inconvenient truth in that there is inconsistency in the numbers of woes cited in the gospels (viz. Matthew has eight woes—Mathew 23, verses 13 to 16, 23, 25, 27 and 29—and these are illustrated in this print; Luke has only six woes).

For those who may not be acquainted with the woes that Christ identified in his criticism of hypocrisy and perjury, the following verses may be helpful.

Matt. 23:13 (the first woe) “They taught about God but did not love God …”
Matt. 23:16–22 (the fourth woe) “They taught that an oath sworn by the temple or altar was not binding. …”
Matt. 23:25–26 (the sixth woe and my favourite) “They presented an appearance of being ‘clean’ (self-restrained, not involved in carnal matters), yet they were dirty inside: they seethed with hidden worldly desires, carnality. They were full of greed and self-indulgence.” 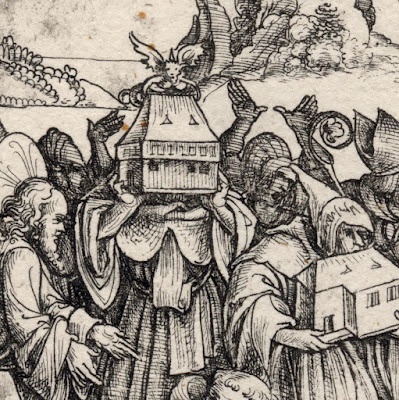 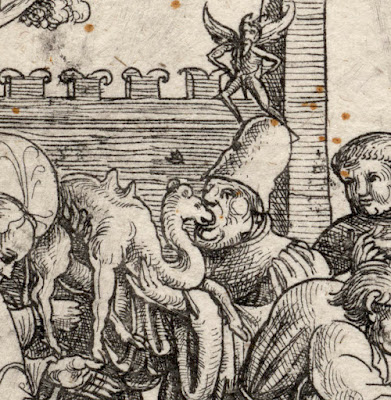 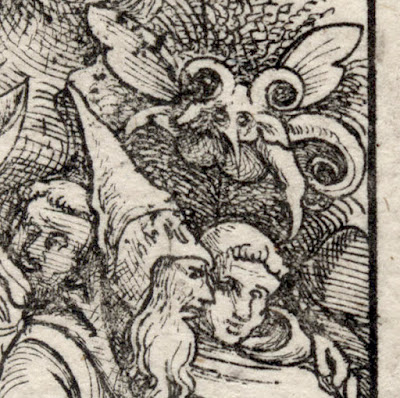 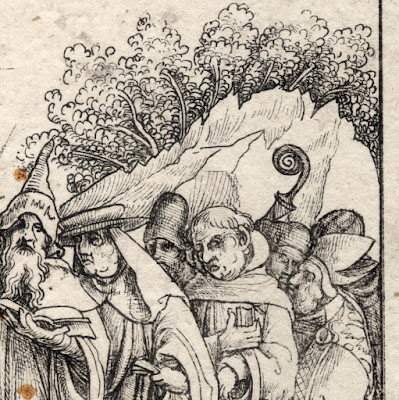 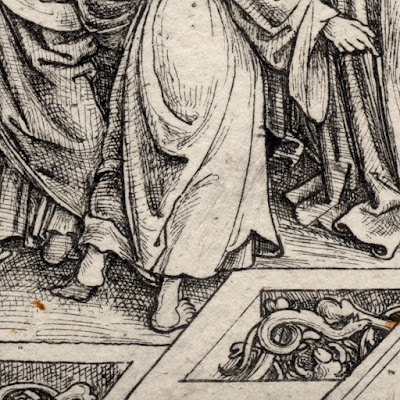 Posted by printsandprinciples at 06:38