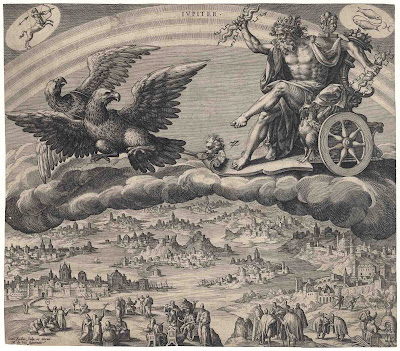 Jan Sadeler I (aka Johannes Sadeler; Johann Sadeler) (1550–1600)
“Children of Jupiter (Thursday)” (TIB title), 1585, after a lost drawing by Maarten de Vos (1532–1603), from the series of eight plates, “Planetarum effectus et eorum in signis zodiaci” (Effect of the planets and zodiac signs) (aka “The Seven Planets”), engraved and published by Jan Sadeler I.

Engraving on fine laid paper trimmed close to the image borderline.
(sheet) 21.2 x 24.2 cm
Titled in top centre on the rainbow: " IVPITER"; above, to the left: the zodiac symbols for Sagittarius; to the right: the zodiac symbols for Pisces.
Lettered within the image borderline in two lines: (lower left) “Ioan. Sadler scalp. et excud / M. de Vos figurauit.”

The British Museum offers the following description of this print:
“Jupiter holding lightning bolts rides in a chariot drawn by two eagles on clouds in the sky; below an extensive landscape with a myriad of buildings and small rocky islands; zodiac signs of Sagittarius and Pisces in ovals in top corners … after Maarten de Vos. 1585” (http://www.britishmuseum.org/research/collection_online/collection_object_details.aspx?objectId=1550341&partId=1&searchText=Planetarum+effectus+et+eorum+in+signis+zodiaci&page=1)

Condition: crisp and well-printed impression trimmed to thread margins around the image borderline. There are a few minor spots/restorations, otherwise the sheet is in excellent condition.

I am selling this rare and beautiful engraving for AU$332 (currently US$265/EUR225.79/GBP201.96 at the time of this listing) including postage and handling to anywhere in the world.

If you are interested in purchasing this important print—please contact me (oz_jim@printsandprinciples.com) and I will send you a PayPal invoice to make the payment easy. 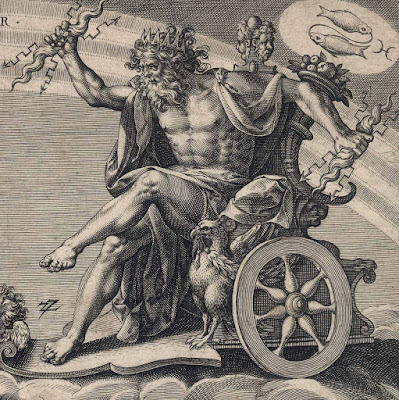 There is a theory about why the ancients envisaged that their gods lived in the sky which I wish to share. Sadly, I would like to give credit to the correct source as the theory is not my own, but my memory has fallen short with who concocted it. … My apologies to the theorist!

The reason for gods being in the sky (according to the theory) is all because of the way that the stars shift their positions through the evening in the northern hemisphere. In short, I am told (forgive me if I am incorrect) that sky watching observers at night see the stars move in concentric rings around the pole star—the star that navigators use to signal geographical north because it doesn’t shift its position. This slow spinning motion is proposed to have created in the mind of the ancient sky-watchers the idea that the sky was like a cone of space with the pole star being the furthest away pinnacle point—heaven.

Interestingly, in the southern hemisphere (where I live) we don’t have the equivalent of a pole star and the stars seem to move across the sky as if in a barrel roll. The consequence of the southern ancients NOT seeing a cone shape void in the sky but rather a sliding movement from one side to the other is that heaven for the southern ancients is on earth; or I should qualify this to be not so much on the surface features as the spiritual realm within the earth. 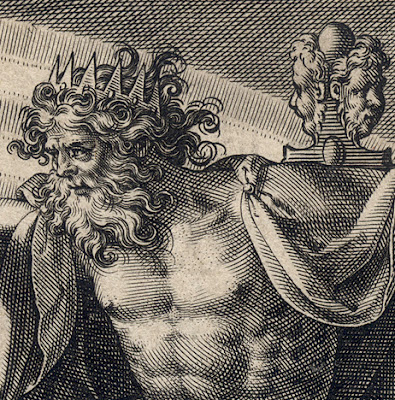 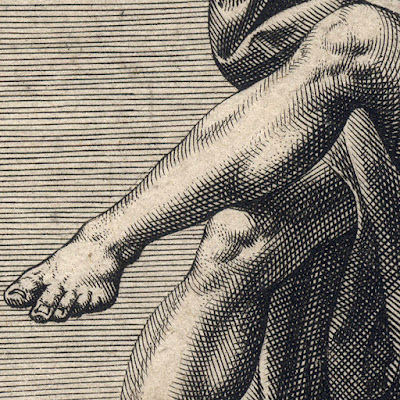 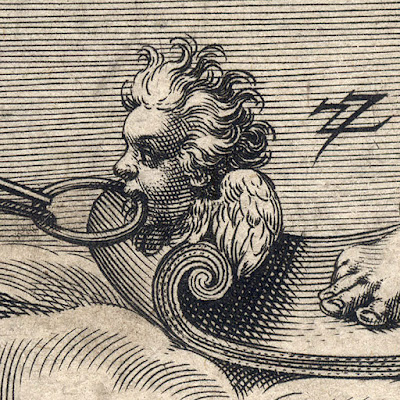 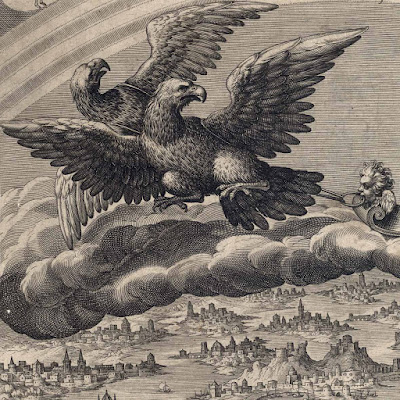 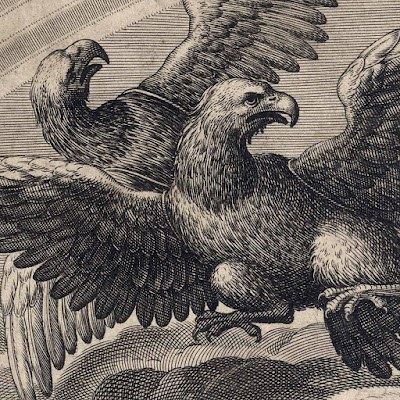 Posted by printsandprinciples at 07:14