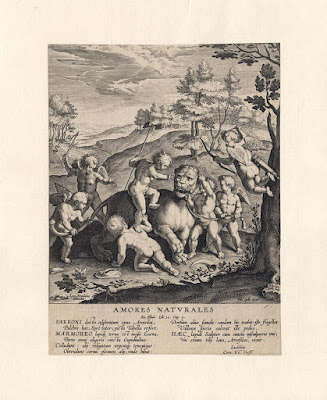 The British Museum offers the following description of this print:
“Allegory of Natural Love; winged putti, armed with a whip, stick, bow and arrows and a rope, play with a marble lion, sculpted by Arcesilaus; a drinking horn lies on the ground; beyond, a rural landscape”
(http://www.britishmuseum.org/research/collection_online/collection_object_details.aspx?objectId=1622663&partId=1&searchText=Amores+&page=1)

The Rijksmuseum offers the following description of this print:
“Six putti muzzle a lion. Cupid flies towards them with bow and arrow. They prove the power of earthly love.”
(http://hdl.handle.net/10934/RM0001.COLLECT.115304)

Condition: richly inked and well-printed lifetime/first state impression, showing guide-lines for the text, trimmed along the platemark and backed with a support sheet of archival (millennium quality) washi paper. The sheet is in excellent condition (i.e. there are no tears, holes, folds, abrasions, stains or foxing).

I am selling this stunning, museum-quality lifetime/first state engraving for the total cost of AU$296 (currently US$223.89/EUR185.15/GBP162.45 at the time of posting this) including postage and handling to anywhere in the world.

If you are interested in purchasing this richly inked and very beautiful old-master print, please contact me (oz_jim@printsandprinciples.com) and I will send you a PayPal invoice to make the payment easy. 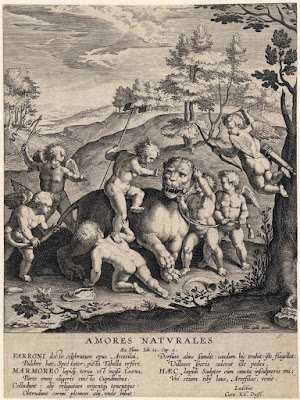 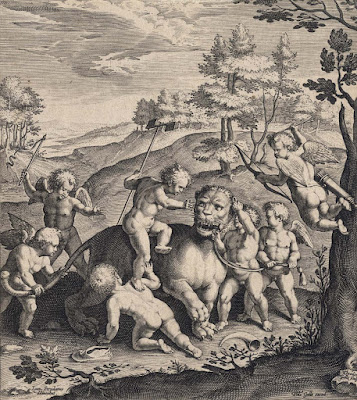 When I started researching this print I had the idea that the act of muzzling a lion must have a symbolic meanings that would be easy to uncover. After a quick stint at “Googling” such symbolism, however, I found that this is not really the case.

Mindful that the initial plan was not working, I decided to offer my own and no doubt very flawed thoughts about the meaning behind the winged putti muzzling a stone lion.

My first thought is that the act of muzzling the lion might symbolise the protection of innocent love from the dangers of “the knowledge” about love. What I mean by this cryptic comment is that advice is often given to young lovers to “help” them succeed in love. For example, in the 1993 movie, “A Bronx Tale,” the famous “door test” is outlined by a knowledgeable gangster to a young chap going on his first date. For those unfamiliar with this test I will quote from Alexia Elejalde-Ruiz’s (2009) “The Keeper Test”: “After opening the car door for your date to climb into the passenger seat, Sonny tells the kid, walk around behind the car and peer through the rear windshield to see if she leans over to unlock the driver's side door for you” (http://articles.chicagotribune.com/2009-02-11/news/0902110097_1_first-impressions-door-compatibility). The advice proffered by the ganster is that if the young lady assists the young man then she should be classed as desirable. In short, my first proposition is that meaning symbolised in the print is about “finding” love naturally without being burdened with acquired knowledge.

My second thought is that statues of lions tend to grace the entrance to public buildings with the implicit meaning that they are guardians of the building. If the lion were to be muzzled, the muzzle might represent the control on the beast in its role of a guardian set by tradition. These tradition may vary, such as the Roman concept of “Romanitas”—what Wikipedia defines as “the collection of political and cultural concepts and practices by which the Romans defined themselves.” In the case of a muzzled protective lion of love, I see this as innocent love being allowed to “run its natural course.” 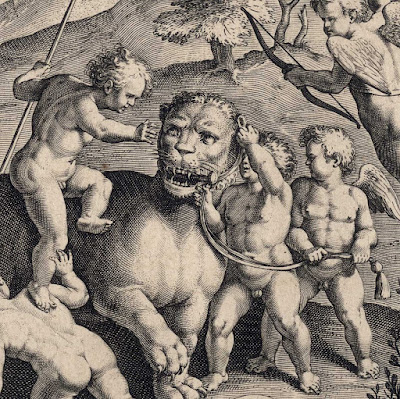 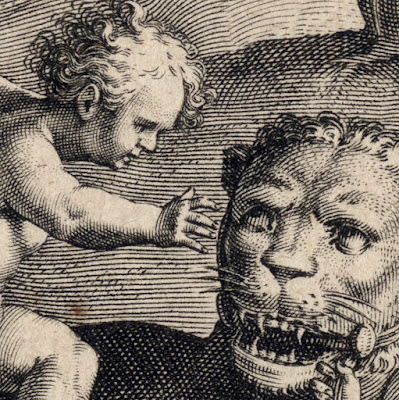 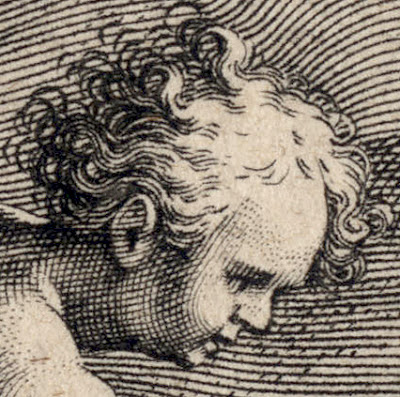 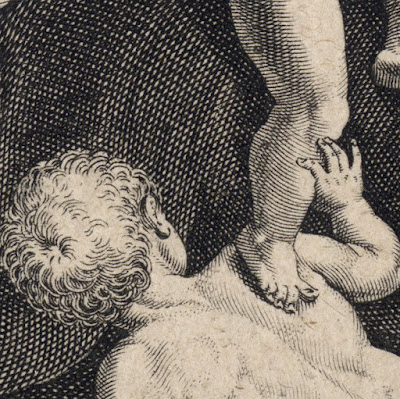 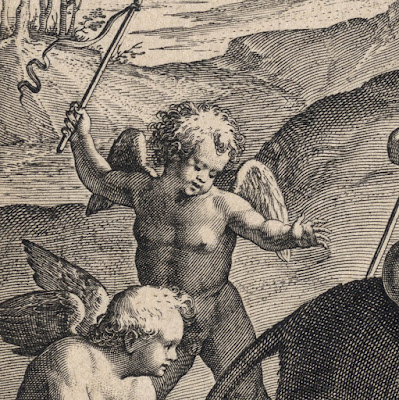 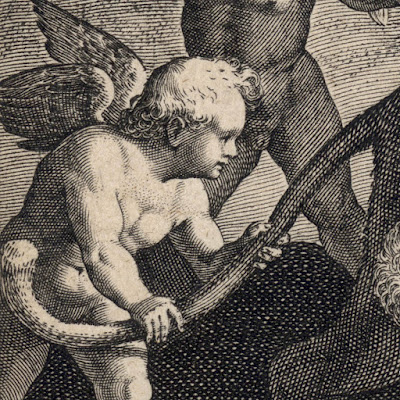 Posted by printsandprinciples at 08:03