Etching on laid paper trimmed along the image borderline and backed with a support sheet.
Size: (sheet) 15 x 41 cm
Inscribed on plate at lower left: “3”

The Rijksmuseum offers the following description of this print:
“Figuren op een pad bij een poort naar en dorp aan een meer. Links aangemeerde sloepen.” (Google transl. “Figures on a path at a gate to a village on a lake. Links moored on the left.”) http://hdl.handle.net/10934/RM0001.COLLECT.333656

Condition: crisp early impression (based on the sharp quality of the lines) with several cracked vertical folds at the centre that are now flattened and restored to being almost invisible. The sheet is trimmed along the image borderline and laid upon a support sheet of archival (millennium quality) washi paper to re-margin the print. There is a pale dot stain above the trees towards the left side, otherwise the sheet is in very good condition.

I am selling this very long panoramic etching by Jan van de Velde II for AU$332 (currently US$252.74/EUR216.60/GBP189.13 GBP99 at the time of posting this listing) including postage and handling to anywhere in the world (but not, of course, any import duties/taxes imposed by some countries).

If you are interested in purchasing this large and very rare etching by one of the major artists of the Dutch Golden Age, please contact me (oz_jim@printsandprinciples.com) and I will send you a PayPal invoice to make the payment easy.

Clifford S Ackley (1981) in the marvellous exhibition catalogue, “Printmaking in the Age of Rembrandt” (Museum of Fine Arts, Boston), makes the interesting observation on page 70 (and I hope that I haven’t distorted his ideas too much) that Jan van de Velde II is somewhat overlooked—“underrated”— by contemporary historians as the artist doesn’t fit neatly into the vision of what Dutch Golden Age artists are supposed to do: engage in objective representation of their world. Instead, as exemplified by this etching, Van de Velde (II) was happy to compose fantasy landscapes using well-known features extracted from the local scenery. Regarding his landscape concoctions, Van de Velde (II) is famous for making two important series of panoramic views completely of his own design. The first series consists of eighteen plates published in 1615 by Claes Jansz. Visscher. The second series (in which this plate features) consists of eight plates published in around 1617 (according to JG van Gelder) by Robert de Baudous. 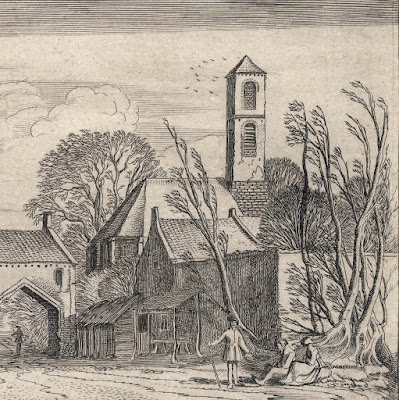 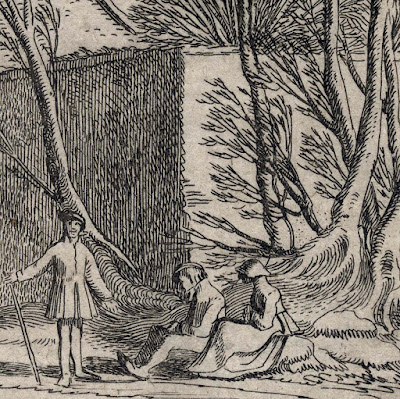 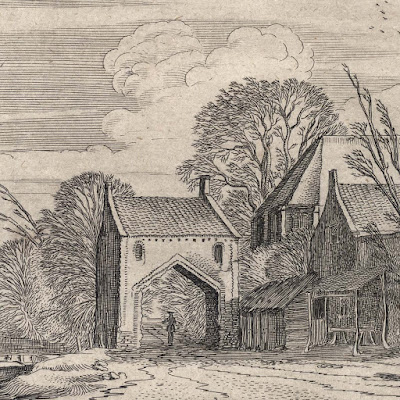 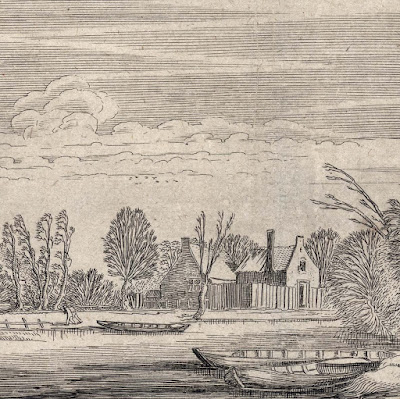 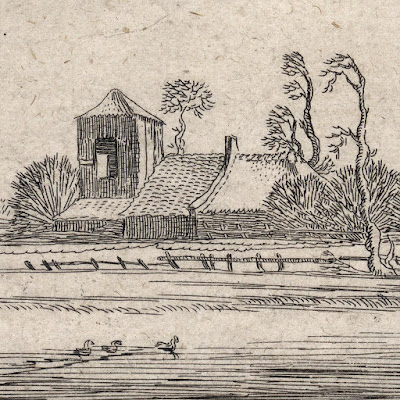 Posted by printsandprinciples at 08:01