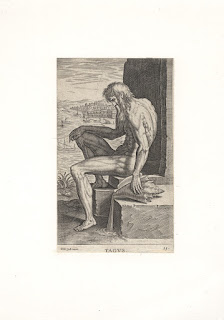 Engraving on laid paper, trimmed along the image borderline and backed with a support sheet.
Size: (sheet) 16.5 x 9.9 cm
Lettered on plate below the image borderline: (left) "Phls Gall. inuen." (trimmed before “et Sculpl.”); (centre) "TAGVS."; (right) "13."
State i (of ii) Note that the attribution of this impression to the first state is based on the text line being the same as the first state impression held by the Rijksmuseum (RP-P-1898-A-19957) but there may be other changes to the plate for the second state that I have not been able to ascertain.

The British Museum offers the following description of this print:
“Personification of the river Tagus as a bearded, nude male figure seen in profile to the left, seated on an stone block, his hand resting on a seashell spilling water; beyond at left is a boat and in the background a view of Lisbon.”
(http://www.britishmuseum.org/research/collection_online/collection_object_details.aspx?objectId=3206781&partId=1&searchText=TAGUS+Semideorum+Marinorum+Amnicorumque+Sigillari%25u00e6+Imagines+Perelegantes+&page=1)
See also the Rijksmuseum’s description of this print:
http://hdl.handle.net/10934/RM0001.COLLECT.114834

Condition: crisp impression with printer’s creases that have been touched with watercolour to minimise their intrusion. The sheet has been trimmed along the image borderline with a line of text removed below the image borderline (“et Sculp”) and missing edges restored. The sheet is backed with a support sheet of archival (millennium quality) washi paper.

I am selling this visually arresting image of the river-god, Tagus, created by one of the most famous old master engravers of the sixteen century, for ... [deleted] including postage and handling to anywhere in the world. 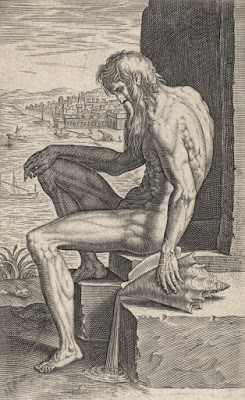 For those (like myself until earlier this evening) who may be wondering about the title of this print, “Tagus”, the name is taken from the river of the same name on the border of Spain and Portugal that empties into the Atlantic Ocean near Lisbon. The naked chap in the foreground is Galle’s vision of the mythological river-god of the region who is portrayed filling the river from a conch shell. For those living around Lisbon, Galle depicts how the port once looked in the distance beyond the river-god. Fortunately I will soon be able to check how much the city has changed as my wonderful cook is soon to pack our bags and take me there in a few months’ time … wacko!

Regarding the context of this river god, the print is part of an even larger series of thirty-eight engravings held by the British Museum (in a bound album) than the seventeen plates of the "River and Sea Gods" engraved by Galle. The Curator of the British Museum advises that this album “combines various (partial) series engraved by de Passe [Crispijn de Passe the Elder] and others after Maarten de Vos …” (See BM no. 1942,0720.1.11). 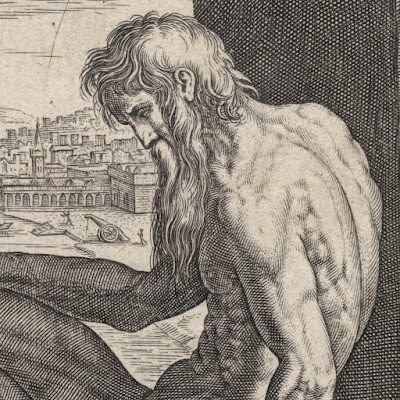 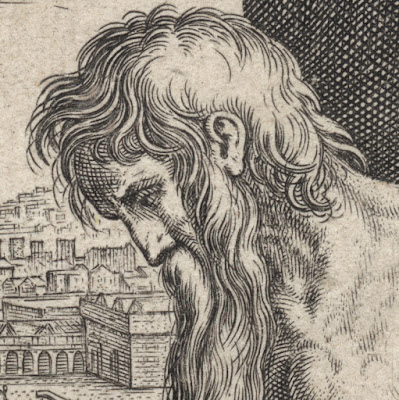 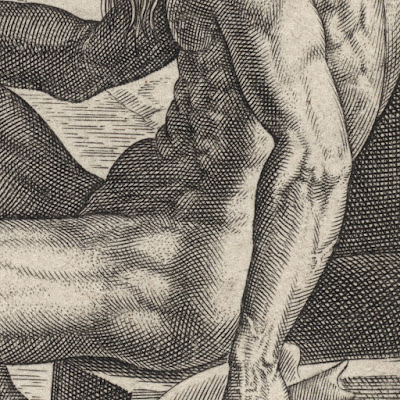 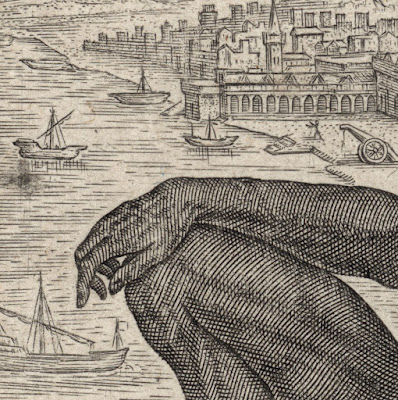 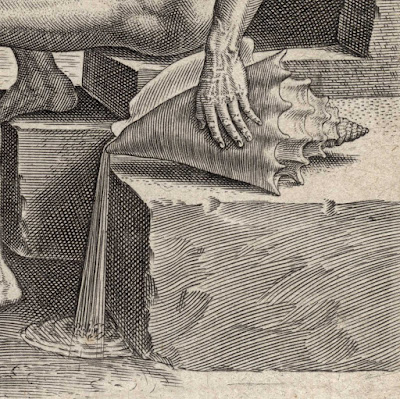 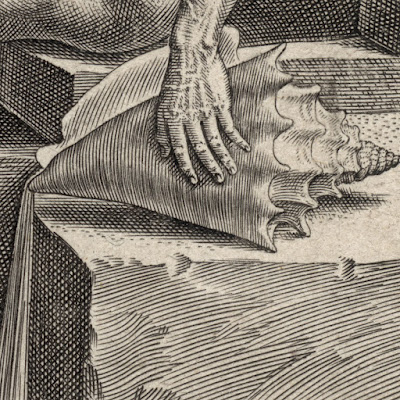