Crispijn de Passe the Elder’s etching with engraving, “God creates the fish and the birds”, c1612 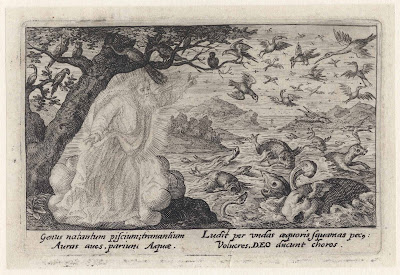 Engraving and etching on laid paper with small margins, backed with a support sheet.
Size: (sheet) 9.2 x 13.8 cm; (plate) 8.3 x 12.7 cm; (image borderline) 7.2 x 12.4 cm
Lettered on plate below the image borderline in four lines of Latin in two columns: “Genus natantum …/ …// …/ …choros.”
State ii (of iii?) lifetime impression with the addition of four lines of Latin text in two columns (1612) signifying the second edition (and second state) before the erasure of these lines of text and lettering with two lines of Dutch text (c1700–50) in the third state.

The Rijksmuseum offers the following description of this print (in its third state):
(Google transl.) “God creates fish and birds so that the water abounds with living creatures and flies birds along the sky.” (http://hdl.handle.net/10934/RM0001.collect.161302)

Condition: crisp, well-inked and well-printed life time impression with small margins and backed with a support sheet of archival (millennium quality) washi paper. The sheet is in excellent condition (i.e. there are no tears, holes, folds, abrasions, significant stains or foxing).

I am selling this small luminous print—note the remarkable portrayal of God as a figure modelled in glowing light rather than material substance—for AU$195 in total (currently US$140.95/EUR124.26/GBP108.67 at the time of posting this listing) including postage and handling to anywhere in the world (but not, of course, any import duties/taxes imposed by some countries).

If you are interested in purchasing this fascinating engraving from the early 1600s, please contact me (oz_jim@printsandprinciples.com) and I will send you a PayPal invoice to make the payment easy. 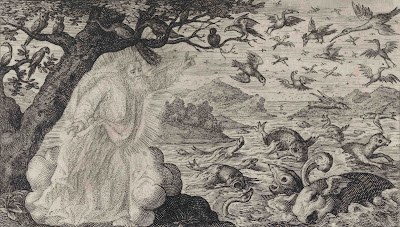 This is a rare print in that it not only offers an image of what the artist believes God might look like, but also that it is a convincing graphic representation of a figure glowing with spiritual light. Although I have little experience in trying to portray an ethereal vision of any figure—let alone God—I think that this image from the early days of the 1600s is spectacularly successful given that most representations show spiritual figures as if they were made from varying degrees of tangible flesh and blood.

Now that I have explained my appreciation for Crispijn de Passe’s achievement in portraying what God might look like as he creates life in the sea and sky, I wish to point out a somewhat curious spatial anomaly in his representation of the Lord: my perception that the lower half of the Lord is clearly in front of the tree shown on the left and ambiguously BEHIND the same tree in the representation of the Lord’s upper half. 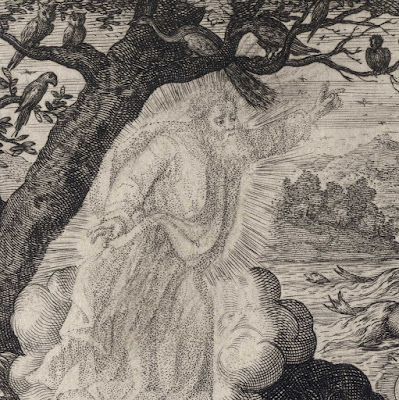 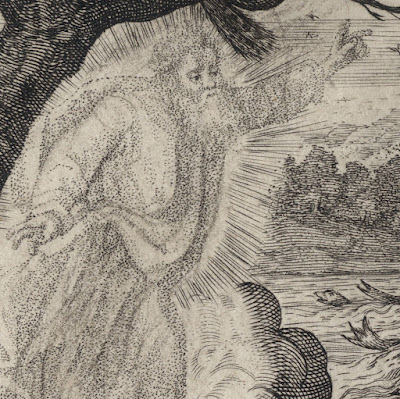 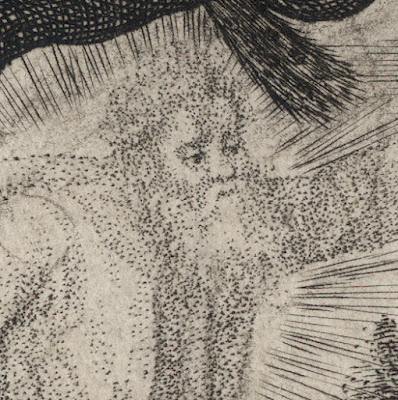 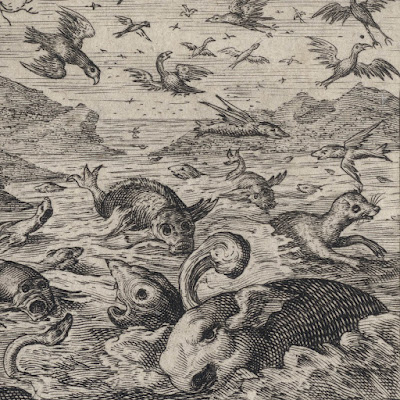 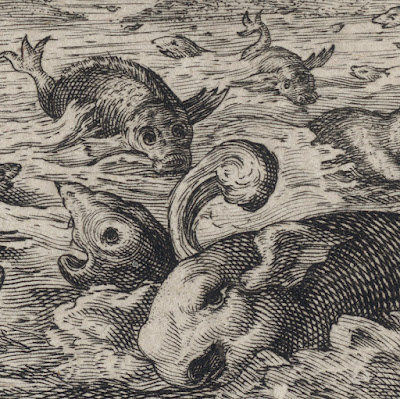 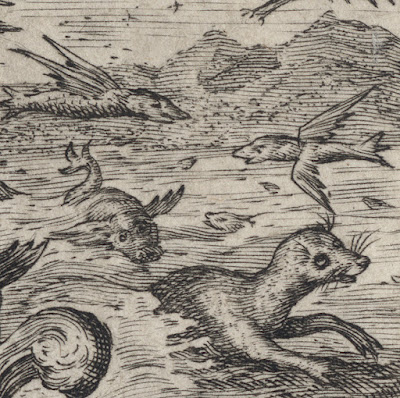 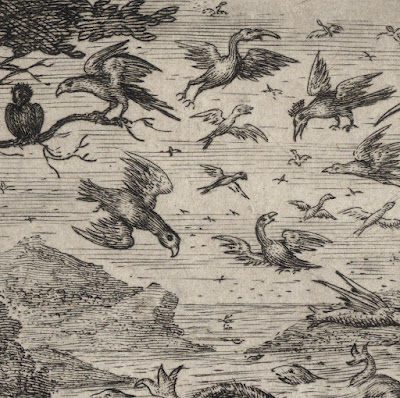