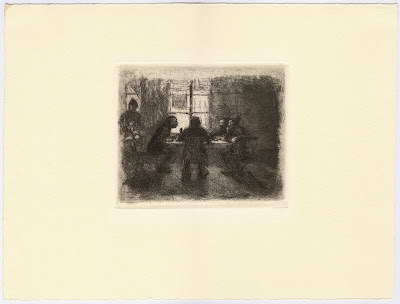 “Vier Männer in der Kneipe” (aka “Four Men in a Tavern”; “Four Men in the Bar”), 1892/3, one of Kollwitz’s earliest etchings foreshadowing her interest in the lives of manual workers, published by Johanna and Bernhard von der Becke, Munich (1931–).

The University of South Dakota (Scholarly Common) offers the following insight about this print:
“A powerful advocate for social justice, Kollwitz used her art to call attention to the plight of impoverished laborers. This print is thought to be the basis for a later work of similar composition titled Conspiracy, part of her Weavers’ Revolt series, which told the tragic story of a failed insurrection of northern European workers earlier in the 19th century. Kollwitz’ expressive image conveys a sense of foreboding; in the murky atmosphere of the pub, these men are clearly not just engaged in idle conversation”
(https://commons.und.edu/uac-all/213/).

Condition: richly inked and near faultless impression with wide margins in almost pristine condition—but there are remnants of mounting hinges verso.
I am selling this remarkable etching showing a group of men in a pub lightly silhouetted by light streaming in through a window behind them—a visual device termed “contre-jour”—lending an element of conspiratorial mystery to the dimly lit scene, for AU$630 (currently US$423.13/EUR390.55/GBP324.27 at the time of this listing) including postage and handling to anywhere in the world (but not, of course, any import duties/taxes imposed by some countries).

If you are interested in purchasing this darkly glowing etching showing Kollwitz’s creative exploration of combining etching with drypoint and the gritty texture of sandpaper marks, please contact me (oz_jim@printsandprinciples.com) and I will send you a PayPal invoice to make the payment easy. 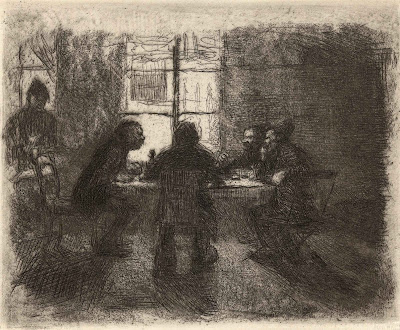 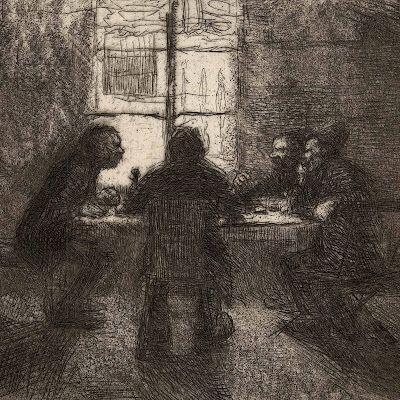 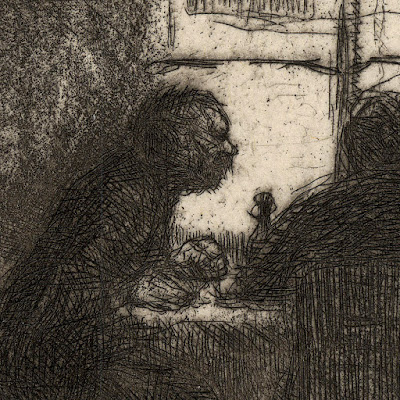 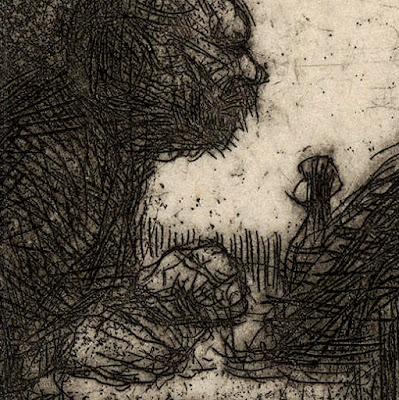 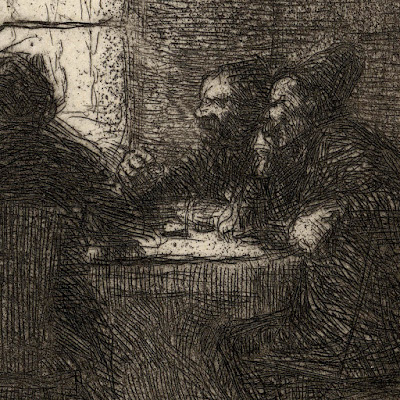 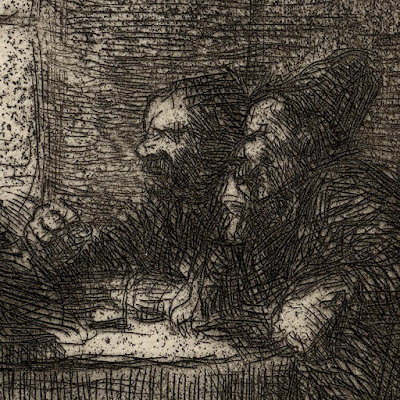 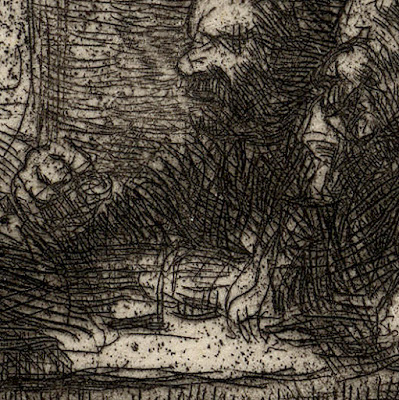 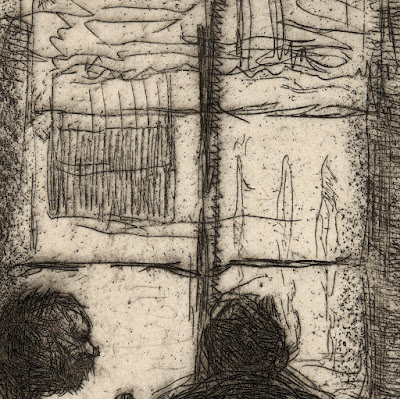 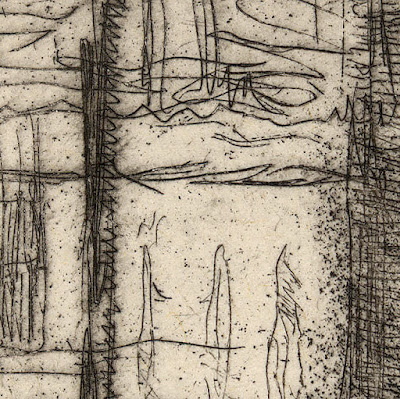 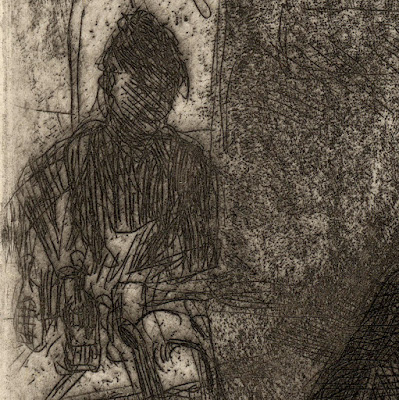 Posted by printsandprinciples at 00:59