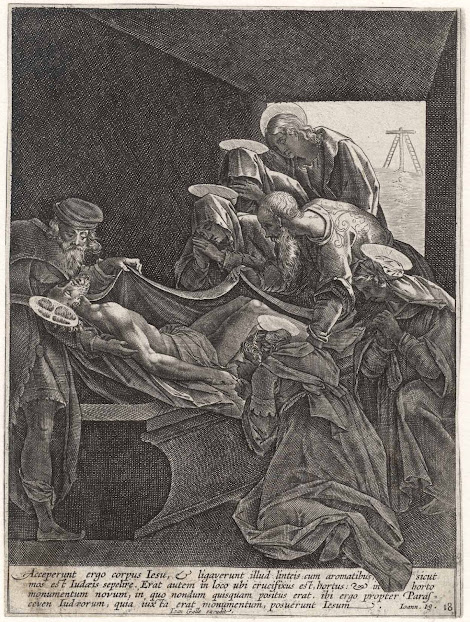 Engraving on laid paper trimmed around the image borderline with loss of the ornamental frame and the upper and lower writing edges, backed with a support sheet.

Lettered on the plate in four lines of Latin below the image borderline: (centre) “Acceperunt ergo corpus Iesu et ligaverunt illud linteis cum aromatibus sicut/ mos Iudæis sepelire. Erat autem in loco ubi crucifixus est hortus; et in horto/ monumentum novum, in quo nondum quisquam positus erat. ibi ergo propter Paras-/ ceven Iudæorum, quia iuxta erat monumentum, posuerunt Iesum. Ioann. 19. 18/ Ioan Galle excudit.” (They took the body and wrapped it in linen cloths with the spices for burial. And it was the place where he was crucified there was a garden in the; and in the garden a new tomb in which no one had ever been laid. There, therefore, because of the day of the preparation of the Jews, because the tomb was near, they laid Jesus there.)

“Plate 18, The Entombment: Christ is lowered into the tomb on a shroud by Nicodemus and Joseph of Arimathaea; the holy women and St John gather around; the cloak of one the women hangs over into the inscription cartouche; outside the chamber, in the far right, the crucifix is visible; the whole set within an ornamental frame Engraving” (https://www.britishmuseum.org/collection/object/P_Nn-7-4-47).

Condition: a strong and well-printed impression trimmed with a small margin around the image borderline (but with loss of the upper and lower writing edges and ornamental frame). Beyond minor discolouring in the lower text area, the sheet is in an excellent condition for its considerable age with no tears, holes, folds, abrasions, significant stains or foxing.

I am selling this superb example of the period style of Mannerism showing use of raking light, dramatic gestures and use of the lower right woman’s cloak projecting beyond the image borderline—no doubt to engage viewers at a subliminal level so that they may feel a part of the scene—for the total cost of AU$242 (currently US$187.10/EUR153.59/GBP132.20 at the time of posting this print) including postage and handling to anywhere in the world (but not, of course, any import duties/taxes imposed by some countries).

If you are interested in purchasing this very beautiful engraving composed with an ingenious use of the sepulchre’s radiating roof lines and strong raking light to connect the distant cross with the image of Christ being lowered into his tomb, please contact me (oz_jim@printsandprinciples.com) and I will send you a PayPal invoice to make the payment easy. 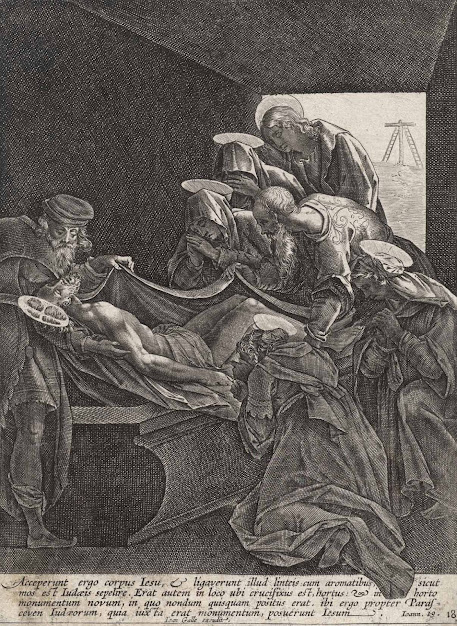 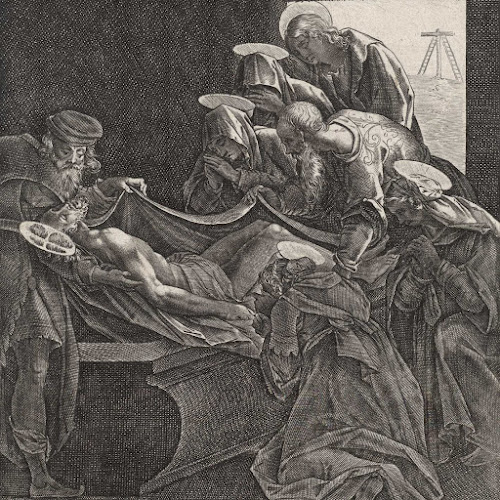 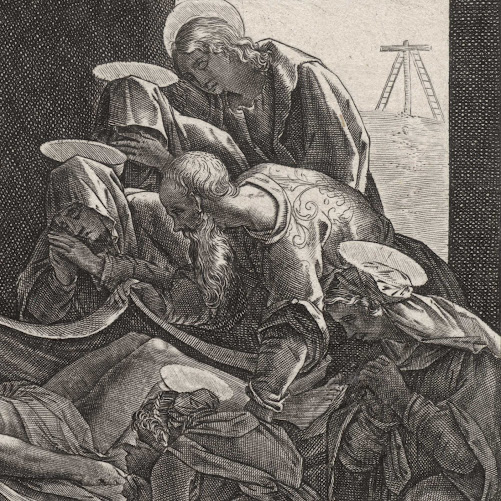 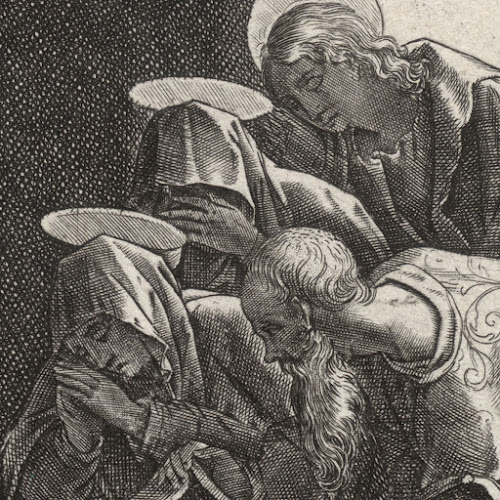 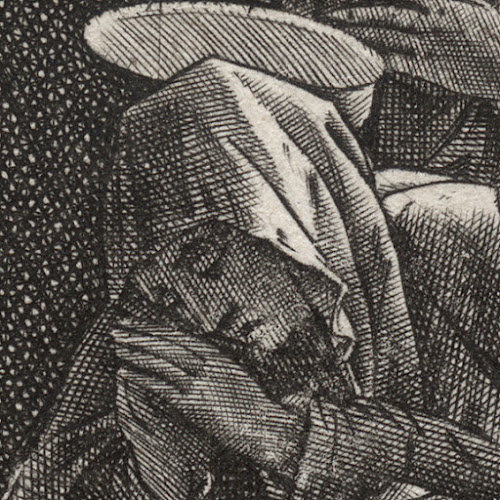 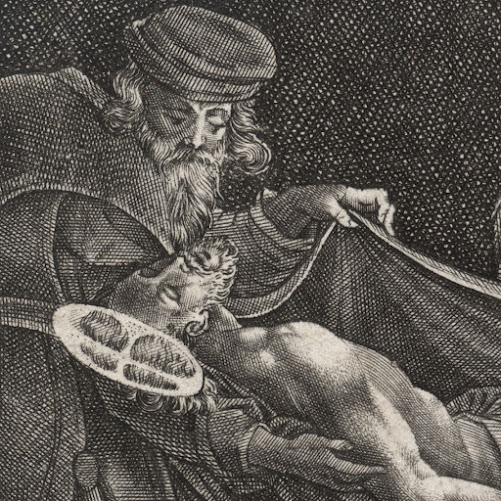 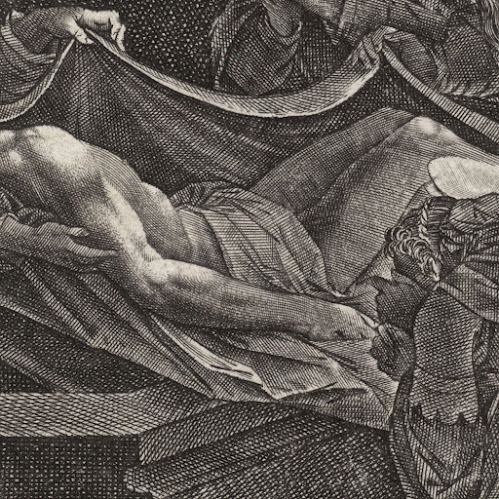 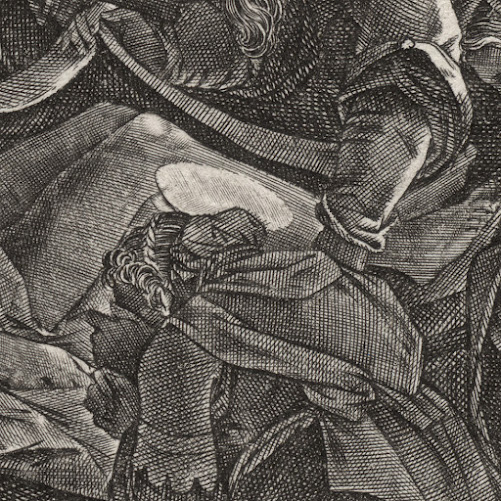