This is the left panel of a frieze of two engravings joined horizontally. The right panel I will list at a later date (once I find it). Sebastian Buffa (1982) in TIB, vol.34, advises: “According to Bartsch, though these [panels] are marked nos. 4 and 5, and are the same height as “The Rape of the Sab[i]ne Women”, they are not part of the preceding series” (p. 290)—note that I will be listing “The Rape of the Sabine Women” also once I find it!

Inscribed on plate within the image borderline: (lower left corner with Alberti's monogram) “C/ A”.

Interestingly, The British Museum does not view this engraving as a triumphal procession as titled by Bartsch/TIB and offers the following description:

The Curator of the British Museum offers the following insights about this print:

“The imperial subject of this sheet is not altogether convincing and might be an imaginative blend of Roman history and the Massacre of the Innocents. The text in the cartouche below seems to allude to Albert II, 1397–1439, Holy Roman Emperor, king of Hungary and Bohemia (1438–39), duke of Austria (1404–38). The plate is numbered '4' and the second sheet '5'. This suggests they were considered contiguous with Alberti's Rape of the Sabine frieze that has the same format, size and are numbered 1,2 and 3.”

Condition: a strong and well-printed impression, trimmed close to the outer image borderline. The sheet is stained on the upper left, on the upper right and on the rearing horse and rider (right of centre); otherwise, the sheet is in a good condition for its considerable age.

I am selling this superb engraving by one of the most famous of the Italian Mannerist engravers showing a panel of a frieze designed by Polidoro da Caravaggio, for the total cost of AU$339 (currently US$266.03/EUR218,62/GBP190.16 at the time of this listing) including Express Mail (EMS) postage and handling to anywhere in the world, but not (of course) any import duties/taxes imposed by some countries.

If you are interested in purchasing this very dramatic scene of a bas-relief showing families fleeing advancing soldiers—note the marvellous concentric contour lines rendering the rump of the rearing horse and that the foot of the shield-bearing soldier on the far right has “broken free” of the image borderline—please contact me (oz_jim@printsandprinciples.com) and I will send you a PayPal invoice to make the payment easy. 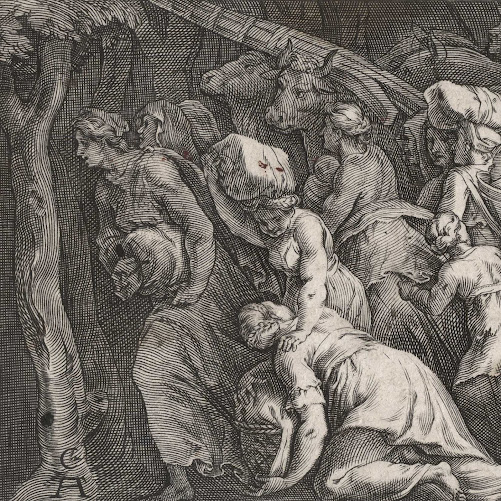 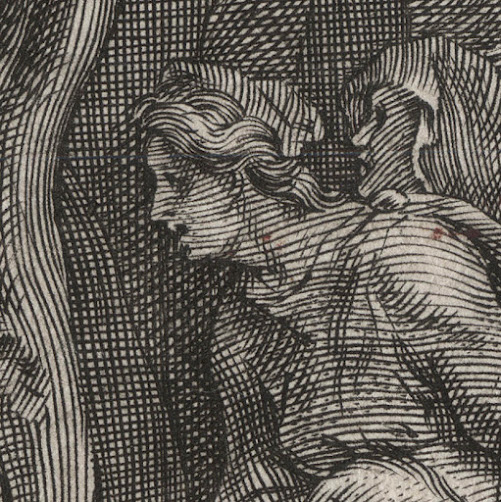 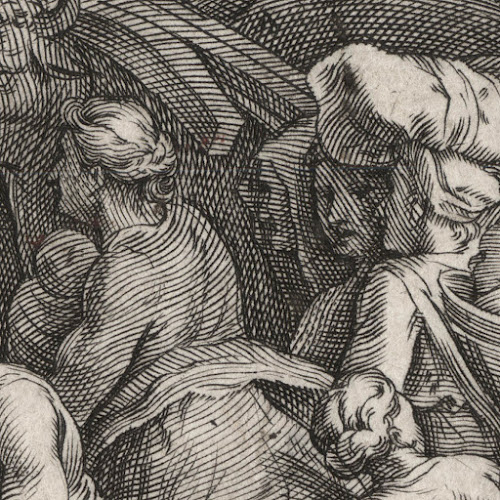 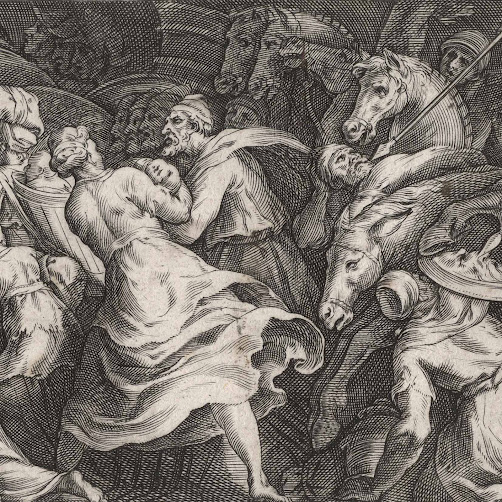 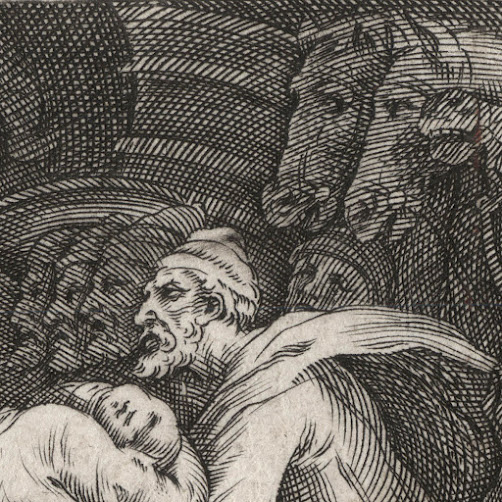 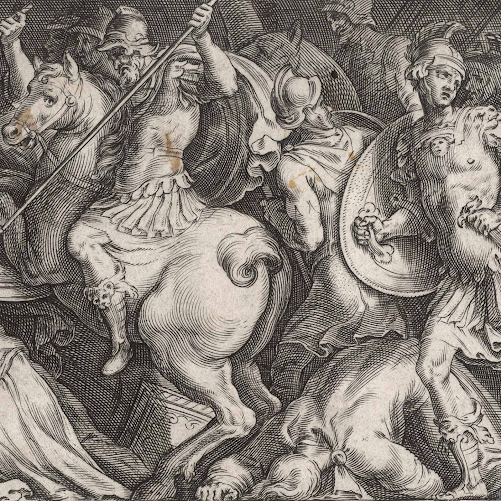 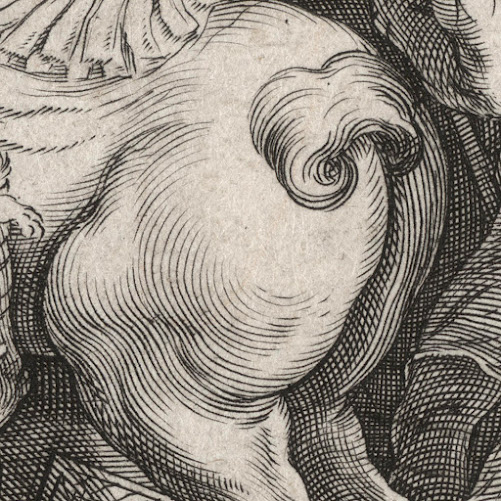 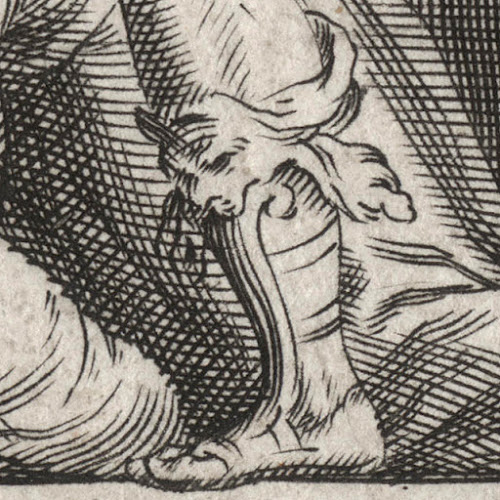 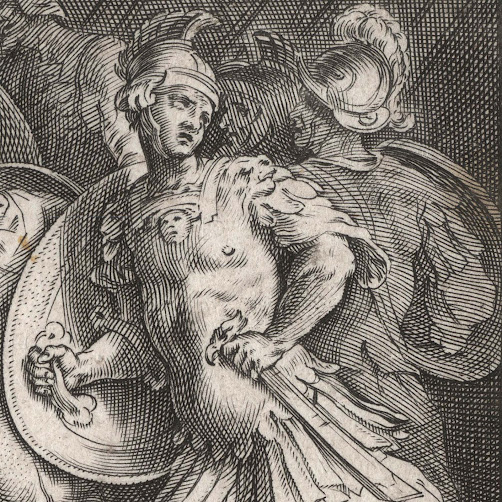 Posted by printsandprinciples at 01:33