Engraving from the circle of Hieronymus Cock, “David Talks to Soldiers about Goliath”, c1556, after Maarten van Heemskerck 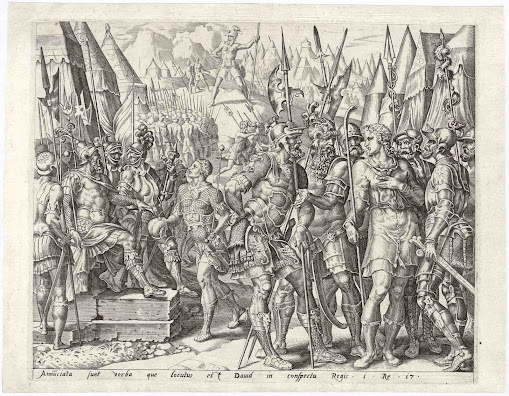 Engraving on laid paper with a small margin around the platemark.

Numbered in plate within the image borderline: (lower left corner) “.4.”.

Lettered in plate below the image borderline: “Annūciata sunt verba que locutus est Dauid in conspectu Regis . i. Re . i7 .” (Transl. “The words that David spoke were announced in the presence of the King”).

(Transl.) “David visits the camp where his brothers are encamped and asks the soldiers what happens to the person who defeats the Philistine Goliath in the background, after which they tell him about the rewards. One of the soldiers he is talking to may be his brother Eliab. Behind this scene is Saul. In the margin a one-line caption in Latin from 1 Sam. (Incorrectly indicated as 1 Kings on the print)” (http://hdl.handle.net/10934/RM0001.COLLECT.223115).

See also the description offered by the British Museum:  https://www.britishmuseum.org/collection/object/P_1949-0709-68.

Condition: a strong early/lifetime impression still retaining the scratched guide lines for the lettering, with small margins in museum quality/near pristine condition (i.e., there are no tears, holes, folds, abrasions, stains, foxing or signs of handling) for its considerable age.

I am selling this finely executed engraving showing David at right holding his sheep herding crook while discussing a plan to battle with the imposingly gigantic and rather skimpily clad (in my opinion) Goliath in the far distance, for AU$289 in total (currently US$217.36/EUR187.14/GBP157.93 at the time of posting this listing) including postage and handling to anywhere in the world, but not (of course) any import duties/taxes imposed by some countries. Note that this large sheet will be rolled in a tube for shipping.

If you are interested in purchasing this superb example of the period style known as Mannerism—note the grand gestures, the exaggerated movements and the compaction/crowding of figures in the scene as well as the theatrical lighting—please contact me (oz_jim@printsandprinciples.com) and I will send you a PayPal invoice to make the payment easy. 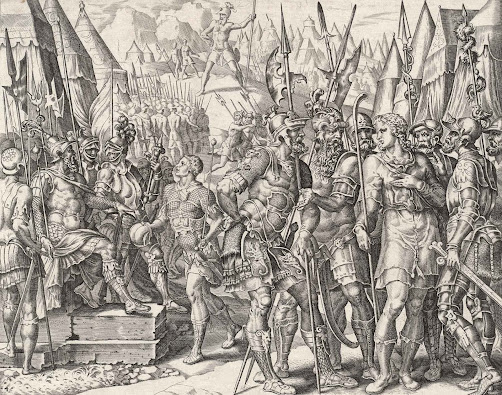 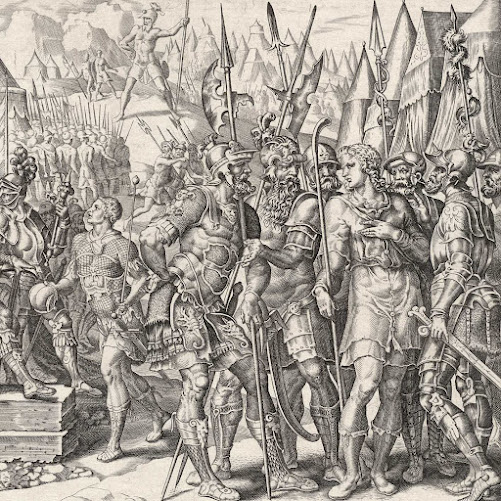 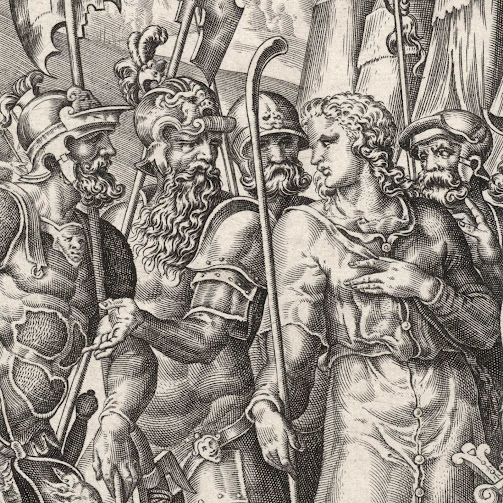 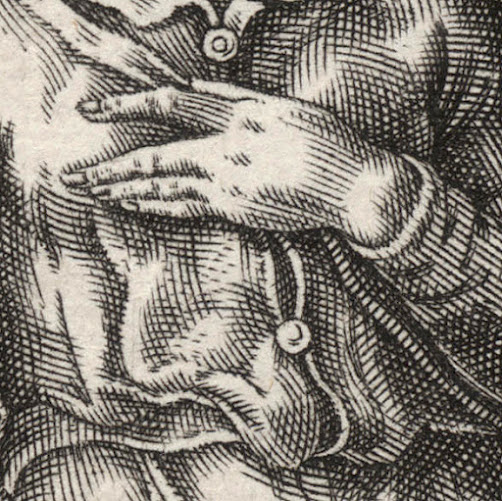 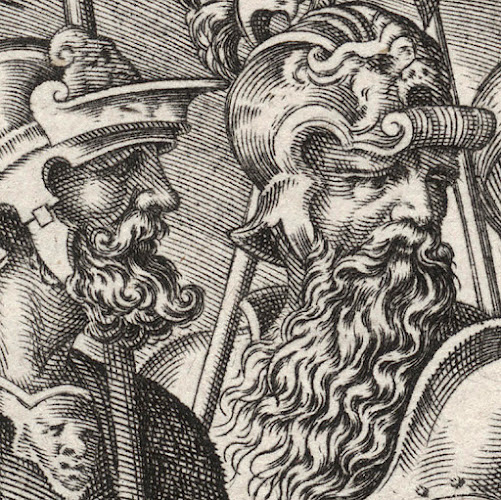 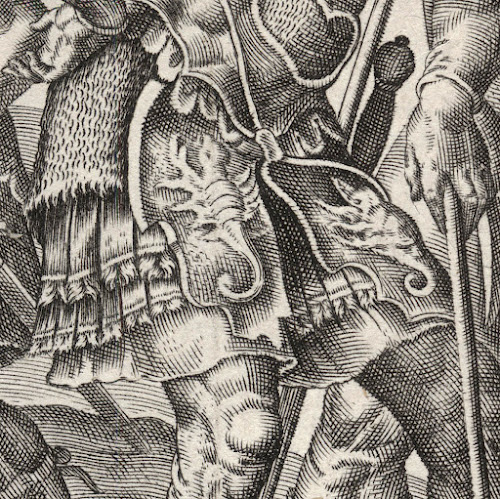 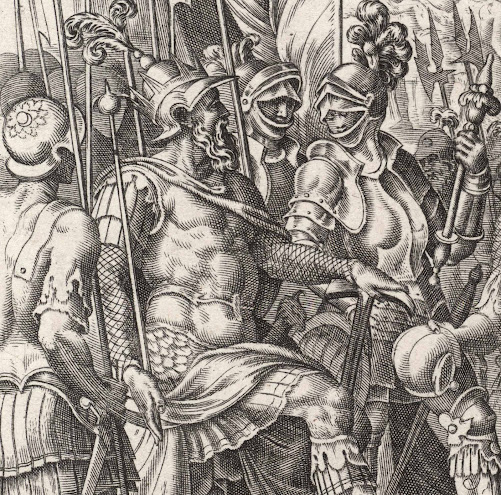 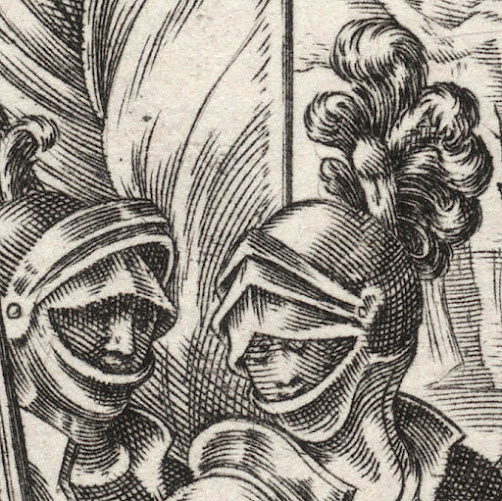 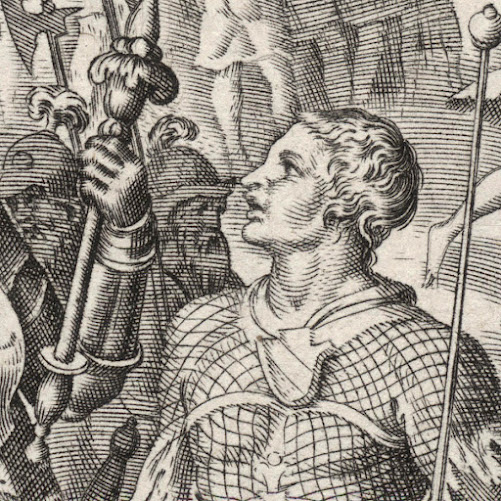 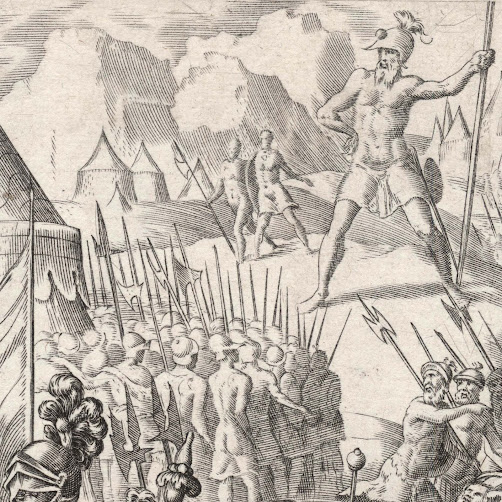 Posted by printsandprinciples at 01:18