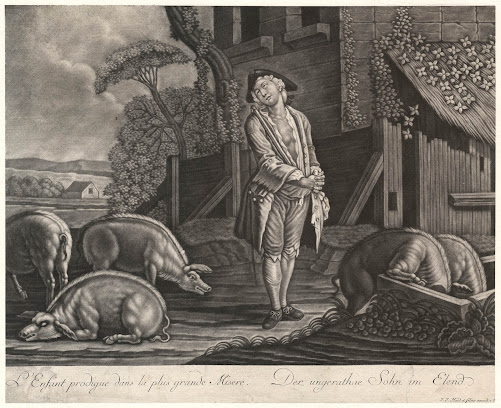 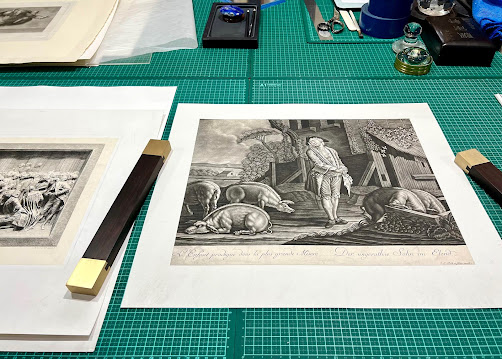 “The Prodigal Son in the Greatest Misery” (aka “L'Enfant Prodigue Dans la Plus Grande Misère”; “Der Ungerathne Sohn im Elend”; “The Unwary Son in Misery”), c1775, plate 4 from the series of 6 mezzotints, “The Prodigal Son”, based upon Sébastien Leclerc II's (1676–1763) series, "L'Histoire de l'Enfant Prodigue” (1751), published in Augsburg by Johann Jakob Haid and his son.

Mezzotint with etching on thick laid paper trimmed slightly within the image borderline and text, backed with a support sheet.

The Library Company of Philadelphia offers the following description of this print:

“Plate 4 from a circa 1775 Prodigal Son series of prints depicting the Prodigal Son in misery. Shows a young white man in the middle of a pen of pigs and in front of a barn. The man stands with his hands clasped, his head tilted to the right, and his eyes gazing up. He wears a tri-corn hat, an open shirt, breeches, a long coat, stockings, and slipper shoes. In the left, two pigs eat from a trough. In the right, two pigs stand and a third pig lies down. In the right background, countryscape is visible” (http://pacscl.exlibrisgroup.com:48992/F?func=direct&doc_number=000333698&solr).

See also the description of this print offered by the Yale Center for British Art: https://collections.britishart.yale.edu/catalog/tms:23259.

Condition: a strong impression with replenished losses in the sky and dots within the image, trimmed slightly within the platemark and laid onto a sheet of archival (millennium quality) washi paper.

I am selling this velvety and glowing mezzotint showing the key moment in the story of the prodigal son where his extravagantly careless lifestyle has led him living with swine—note the artists’ curiously comical interpretation of what a contrite young man might look like—for the total cost of AU$236 (currently US$168.50/EUR149.36/GBP126.37 at the time of posting this listing) including postage and handling to anywhere in the world, but not (of course) any import duties/taxes imposed by some countries.

If you are interested in purchasing this marvellous print exemplifying a lobulate approach to rendering forms (i.e., the clouds, trees, swine and even the chap’s chest are all portrayed as if they are constructed from lumps/lobes), please contact me (oz_jim@printsandprinciples.com) and I will send you a PayPal invoice to make the payment easy. 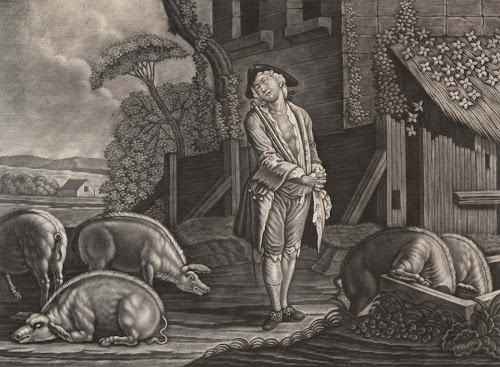 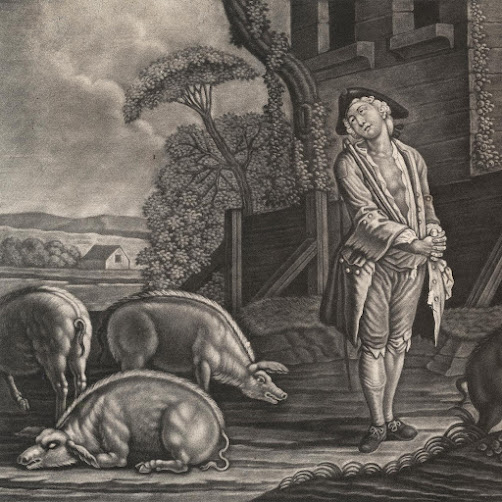 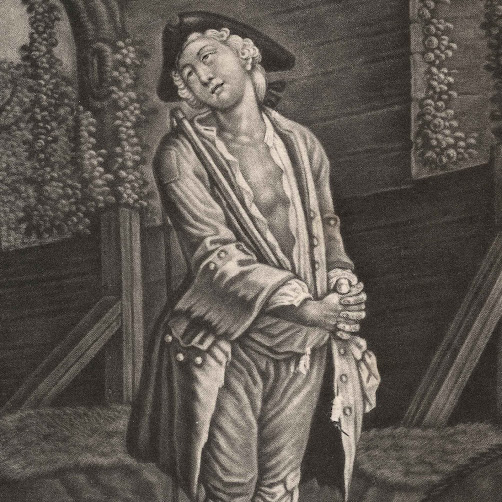 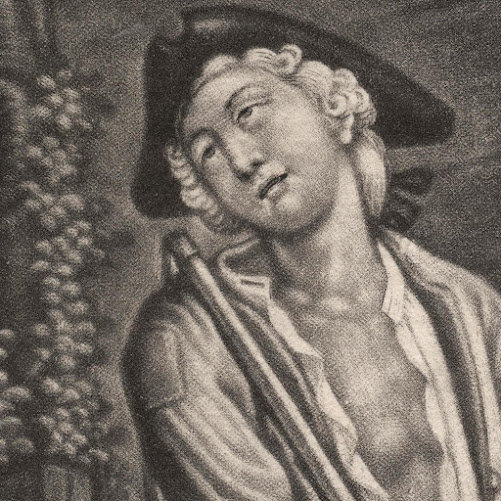 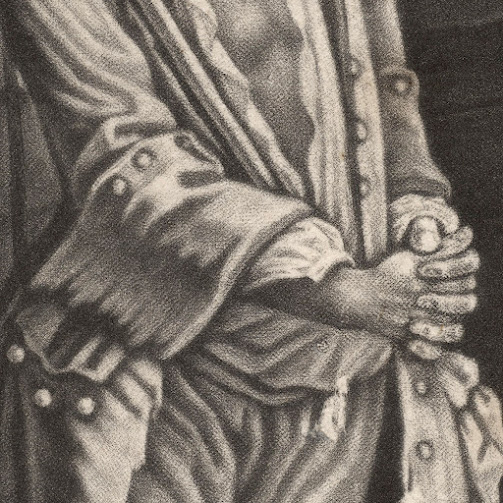 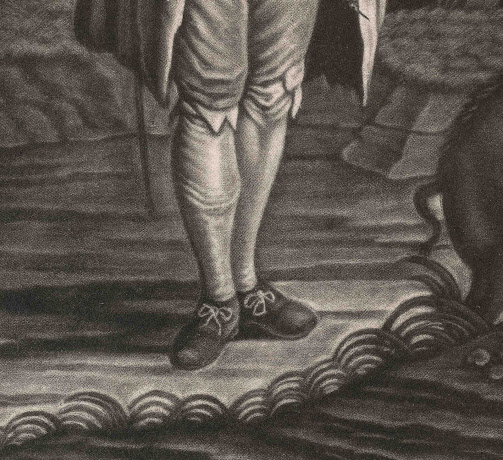 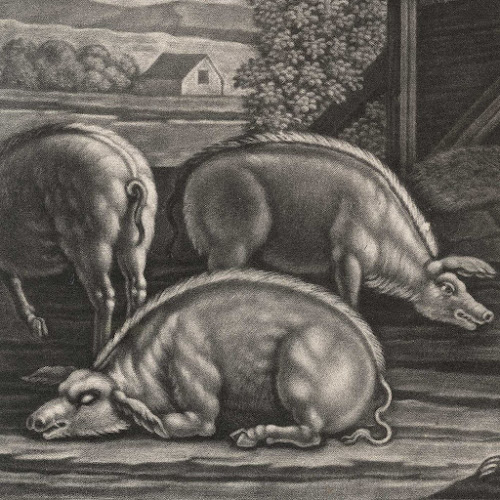 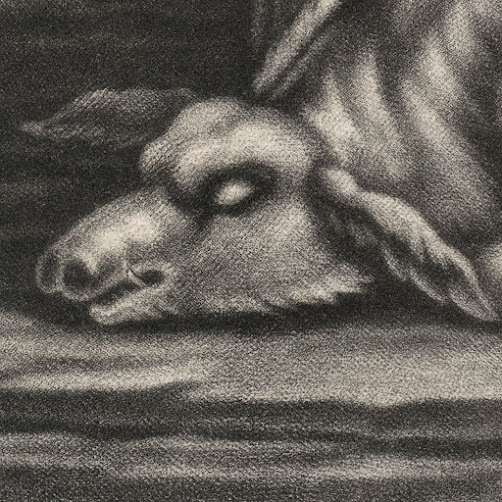 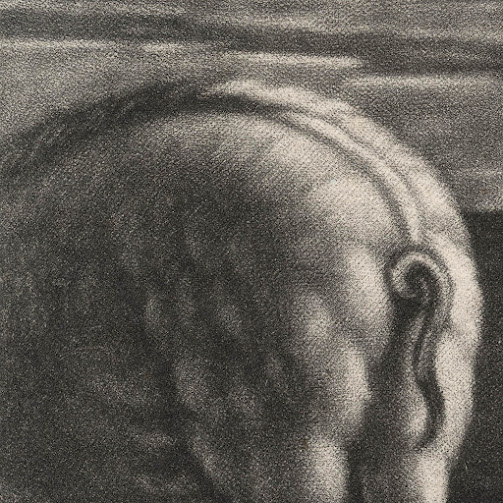 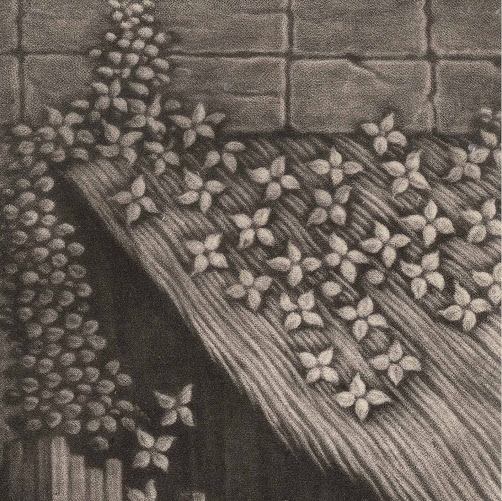 Posted by printsandprinciples at 00:26