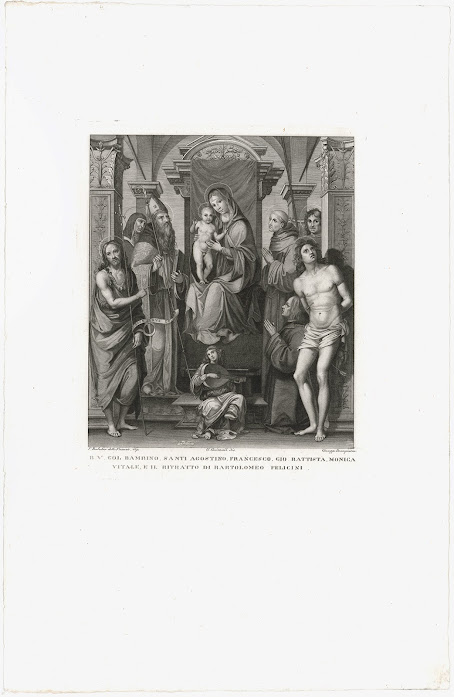 The Curator of the British Museum proposes that this etching is possibly published in Bologne in either the first edition of 1830 or the second edition of 1854 in “La pinacoteca di Bologna riprodotta in sessanta incisioni, dal celebre professore Francesco Rosaspina e sua scola” (see BM inv. 2006,U.1072).

Etching with engraving on wove paper with full margins as published.

The British Museum offers the following description of this print: “Madonna and Child with saints and donor, after Francesco Francia; at centre the Virgin and Child, enthroned, and at their feet a musician angel; to the left, St John the Baptist, St Monica and St Augustine; to the right, the kneeling donor (Bartolomeo Felicini), St Sebastian, St Francis and St Proculus
Etching and engraving” (https://www.britishmuseum.org/collection/object/P_2006-U-1072).

Note that I have previously listed a similar etching by Giuseppe Rosaspina also after Francesco Francia, “Pala dei Manzuoli” (aka “The Virgin Mary and the Christ Child, with St Augustine, St George, John the Baptist, St Stephen and an Angel with a Lily”), c1830, that has been sold: https://www.printsandprinciples.com/2020/07/giuseppe-rosaspinas-etching-pala-dei.html.

Condition: a well-printed faultless impression with generously wide margins in near pristine condition.

I am selling this large and exquisitely executed etching (with engraving) reproducing in line and dot the colours and tones of Francesco Francia’s painting of the same composition—note that the kneeling figure (shown as a pilgrim praying) is the patron who commissioned the painting, Messer Bartolommeo, who Giorgio Vasari advises in vol. IV was “portrayed from life” (p. 23)—for AU$289 (currently US$201.37/EUR197.06/GBP166.55 at the time of this listing) including postage and handling to anywhere in the world, but not (of course) any import duties/taxes imposed by some countries.

If you are interested in purchasing this seldom seen print on the art market, please contact me (oz_jim@printsandprinciples.com) and I will send you a PayPal invoice to make the payment easy. 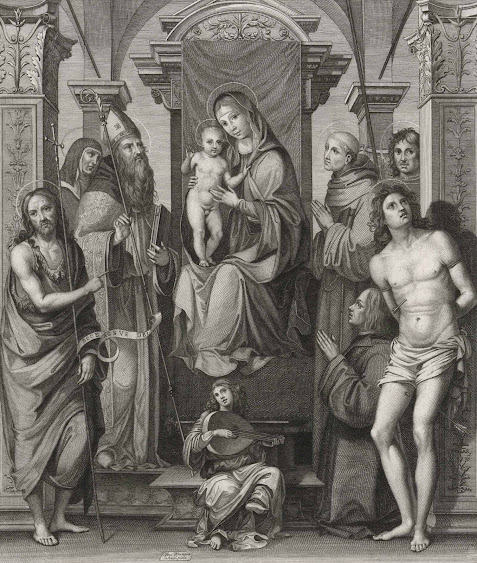 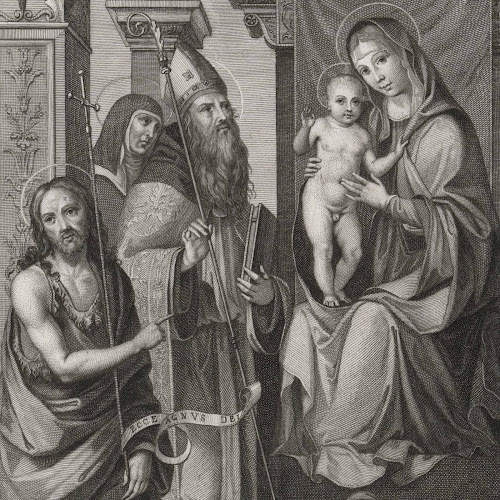 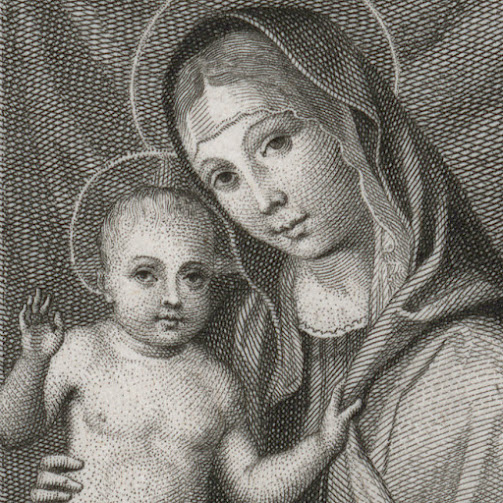 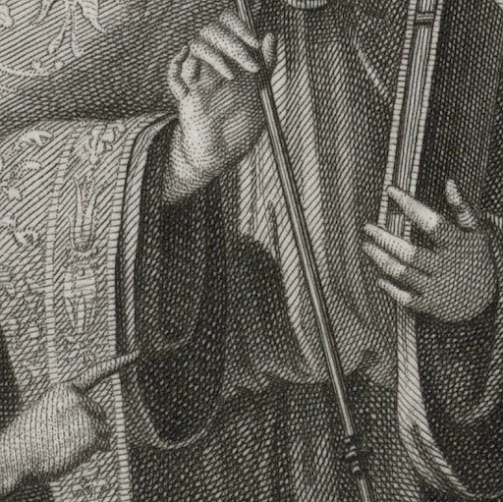 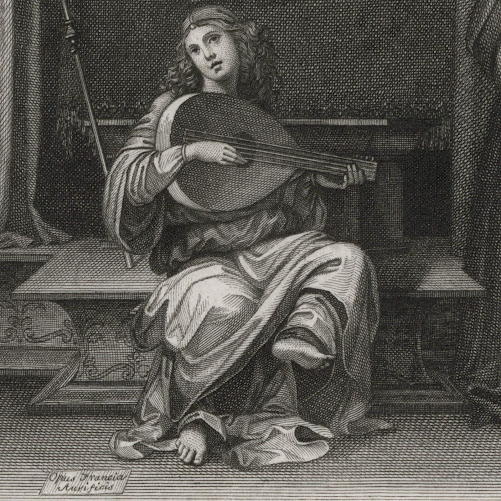 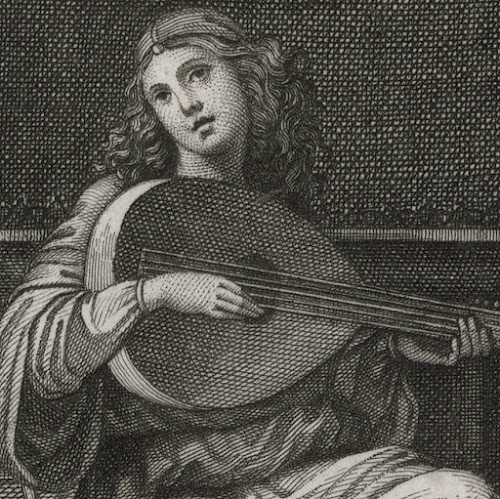 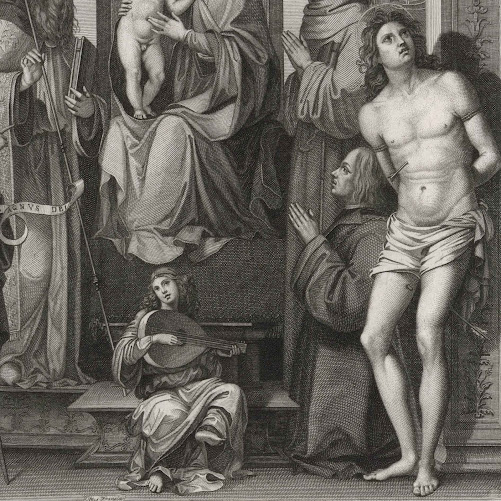 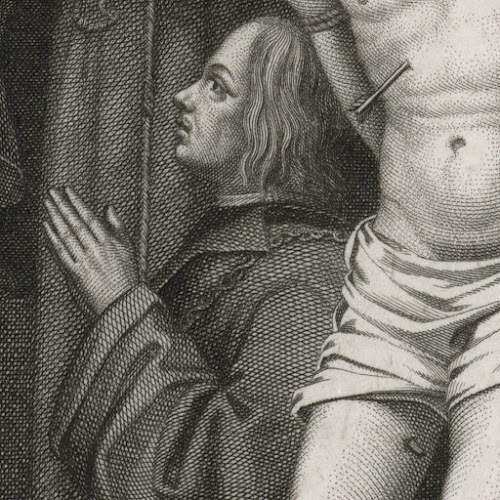 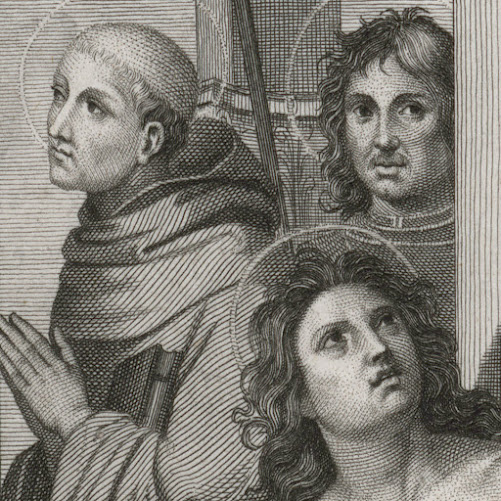 Posted by printsandprinciples at 02:10