Suite of 7 etchings by Weirotter published in 1775 See also the descriptions by the British Museum and the Royal Academy of Arts about the publication in which this sheet is featured: http://www.britishmuseum.org/research/collection_online/collection_object_details.aspx?objectId=3348106&partId=1&searchText=weirotter+Basan+&+Poignant&page=1 and  http://www.racollection.org.uk/ixbin/indexplus?record=O4171&_IXlink=y

Condition: crisp impressions in pristine condition with margins as published.

I am selling this museum quality sheet of 7 original prints by one of the most famous of the 18th century landscape printmakers for AU$570 (currently US$424.34/EUR379.62/GBP331.68 at the time of posting this listing) including postage and handling to anywhere in the world.
If you are interested in purchasing this remarkable and very rare suite of etchings all printed on the same sheet, please contact me (oz_jim@printsandprinciples.com) and I will send you a PayPal invoice to make the payment easy.


This page of prints has been sold 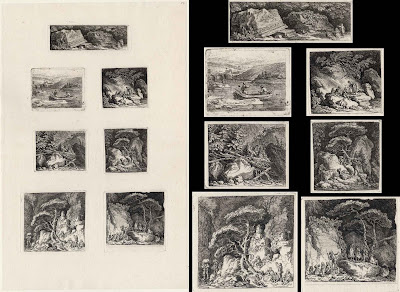 This sheet of 7 prints published in Paris by François Basan (1723–97) & Etienne Léon Poignant’s (fl.1773–91) Poignant’s “Oeuvre de F.E. Weirotter, Peintre Allemande …” (1775) is part of a posthumous edition incorporating 127 pages of prints featuring 238 plates in total. Not all of the sheets feature prints by Weirotter as there is an engraved portrait frontispiece of Weirotter by his friend Jakob Schmutzer (1733–1811) and 19 other prints by other artists after Weirotter’s designs. Most of the pages showcase multiple prints like this one (albeit with far fewer prints arranged on the sheet as the plates are larger) with the impressions having been printed from the etching plates directly onto the page. Nevertheless, there are a few larger prints that are on paper glued onto the pages.

According to the curator of the British Museum, “Bsasan [sic]  acquired all Weirotter's plates from his estate, after his death in 1771” and points out that the date of the Basan & Poignant’s edition (viz. 1775) is based on a manuscript note tipped into the volume held by the BM. The curator also advises that Basan & Poignant “acquired from other sources impressions of those prints of which the plates were lacking and these are the ones that have been pasted in.” Regarding the 19 additional prints executed by other artists after Weirotter’s designs, the curator makes the interesting comment that there “were either from plates that Bassan alreay [sic] owned, or were bought in from the publishers that owned then [sic]” (see BM: 1855,0609.1566-1803). 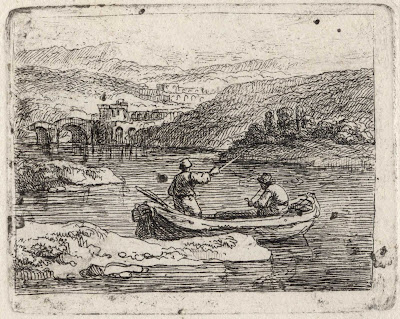 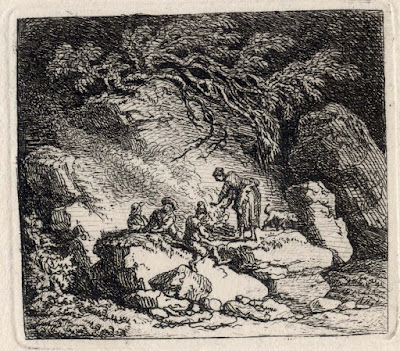 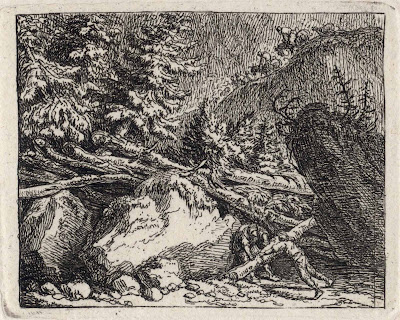 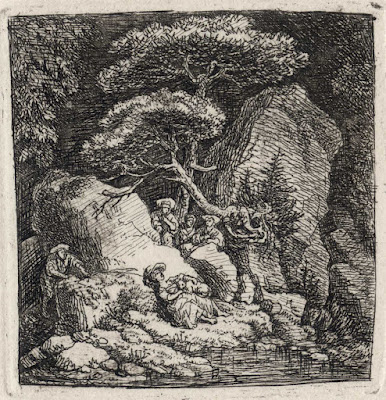 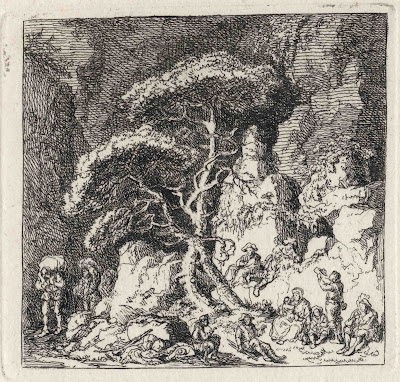 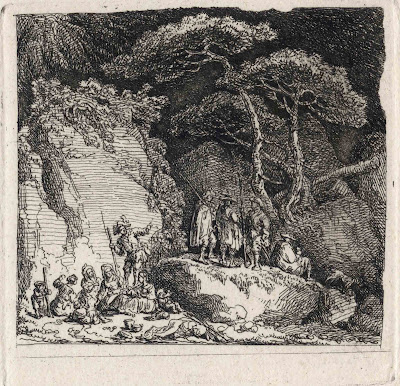 Posted by printsandprinciples at 06:44