A pair of Heinrich Aldegrever’s engravings from the series,”Virtues and Vices”, 1552 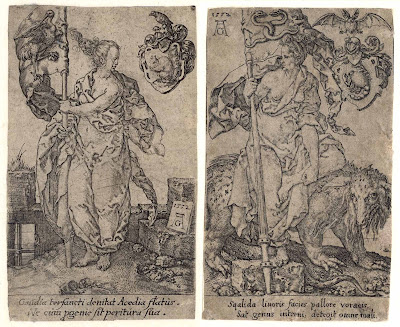 TIB 16(8).123(400) (Walter L Strauss & Robert A Koch [Eds.] 1980, “The Illustrated Bartsch”, vol. 16, p. 195); Bartsch VIII.400.123; New Hollstein (German) 123 (Aldegrever)
The British Museum offers the following description of “Diligence”:
“With a crane on the flag at left and a squirrel on the escutcheon; from a series of whole-length female personifications of the virtues in frontal view with their respective attributes on banners and shields.” (http://www.britishmuseum.org/research/collection_online/collection_object_details.aspx?objectId=1509052&partId=1&searchText=Aldegrever&page=2)

TIB 16(8).125(401) (Walter L Strauss & Robert A Koch [Eds.] 1980, “The Illustrated Bartsch”, vol. 16, p. 196); Bartsch VIII.401.125; New Hollstein (German) 125 (Aldegrever)
The British Museum offers the following description of “Envy”:
“Seated on a porcupine; the escutcheon with a scorpion, the crest a bat, on the flag two intertwined snakes; from a series of whole-length female personifications of the vices riding animals and with their respective attributes on banners and shields.” (http://www.britishmuseum.org/research/collection_online/collection_object_details.aspx?objectId=1509201&partId=1&searchText=Aldegrever&page=3)

Condition: good impressions from slightly worn plates. Both prints are trimmed close to the platemark and lined onto support sheets of millennium quality washi paper.

I am selling this pair of original prints from the Renaissance era for the total cost of AU$660 (currently US$500.05/EUR445.96/GBP391.84 at the time of posting this listing) including postage and handling to anywhere in the world.
If you are interested in purchasing these small but visually arresting prints, please contact me (oz_jim@printsandprinciples.com) and I will send you a PayPal invoice to make the payment easy.

These prints have been sold 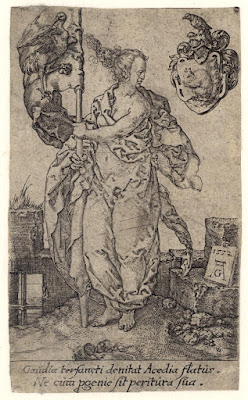 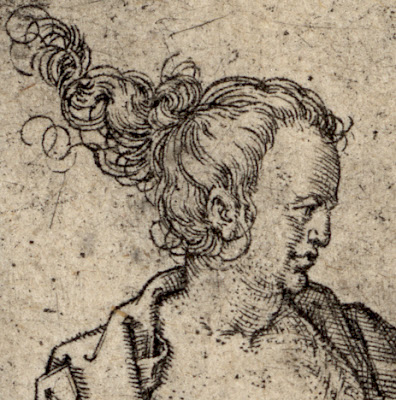 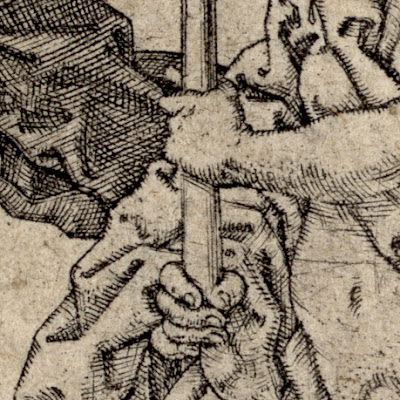 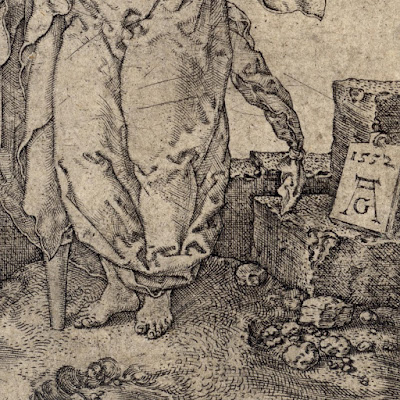 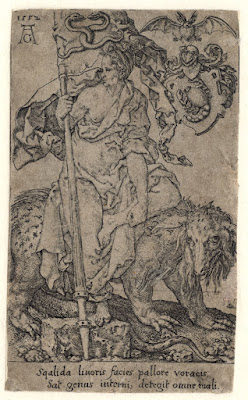 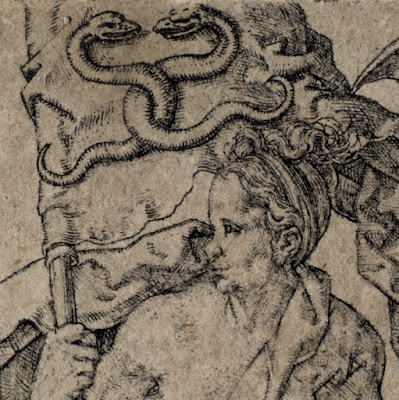 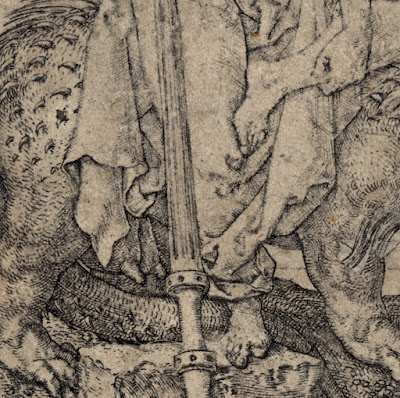 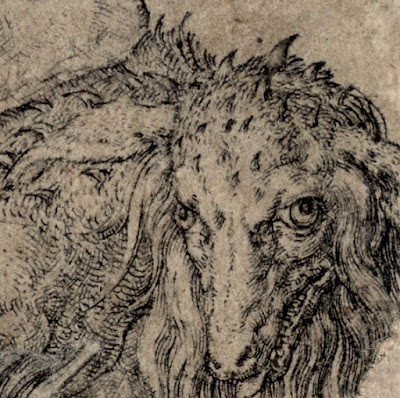 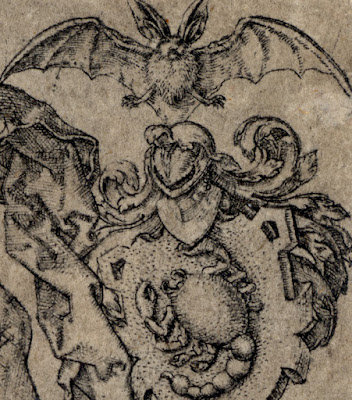 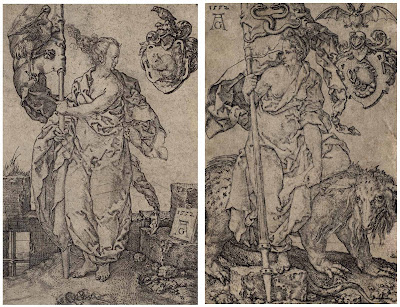 This pair of prints are almost complementary in their projected moral messages: “Diligence” (shown on the left) is one of the seven virtues and “Envy” (shown on the right) is one of the seven vices. Interestingly, the number of virtues and vices and the assignation of each moral state is underpinned by “biblical numerical symbolism and Christian moral metaphor” (see https://www.google.com/culturalinstitute/beta/asset/envy/lAETjXrv9vOBXw).

Regarding the symbolism at the time that the prints were made, the National Museum of Slovenia (see the above weblink) offers the following marvellous insights about “Envy”: the pose shown by the female personification of envy riding on the back of the monster—a porcupine according to the British Museum (!?)—was seen as indecent. The “entwined snake on the flag and the scorpion on the heraldic shield … are animals which, like sin, poison humanity” and the bat was perceived as “a symbol of the blindness or self-deception caused by envy.” For those (like me) who are unable to read Latin, the text below the borderline crystallises the meanings of the portrayed symbolism: “[transl.] A squalid appearance with the pallor of voracious envy reveals all malice.”

Posted by printsandprinciples at 01:52