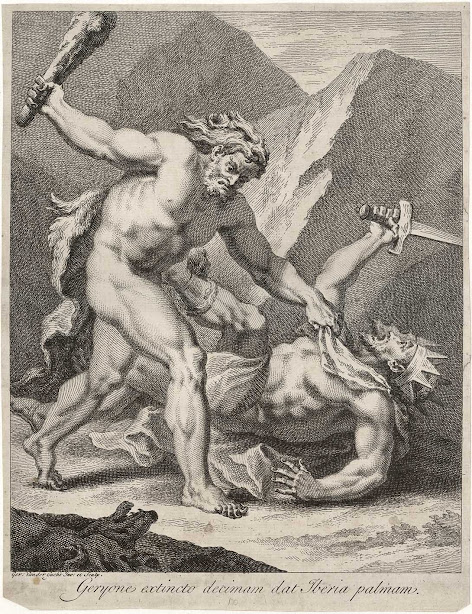 The Curator of the British Museum offers the following insights about the series (“The Twelve Labours of Hercules”) of which this print is a part:

“… the first six [plates] were designed and begun by Chéron and finished by Vandergucht, Bernard Picart or Claude Du Bosc, the second six designed and engraved by Vandergucht alone. A subscription ticket to the set is dated 1732 […] suggesting that the series was begun by Chéron shortly before his sudden death from an apoplexy in 1725, and that Vandergucht completed added a further six prints in 1732 or shortly afterwards” (https://www.britishmuseum.org/collection/object/P_1859-0709-661).

Etching with engraving on laid paper trimmed with a small margin around the image borderline and backed with a support sheet.

“Hercules defeating Geryon, standing with club raised on the left and bending over the body of his opponent, while the latter tries to push him away with one foot” (https://www.britishmuseum.org/collection/object/P_1859-0709-670).

Condition: a strong and well-printed impression trimmed slightly within the platemark with clipped lower corners and laid upon an archival support sheet of millennium quality washi paper.

I am selling this dramatic scene of Hercules attempting to kill Geryones, the three-headed grandson of Medusa—note that Geryones’ three heads are almost superimposed in a stack from the angle we view this scene and Hercules will only succeed in his mission when Geryones is finally shot with an arrow dipped in the Lernaen Hydra’s blood upon which Geryon will bend his neck to one side (according to Denys Page’s translation of the poet, Stesichorus) “like a poppy that spoils its delicate shapes, shedding its petals all at once"—for AU$252 (currently US$188.72/EUR158.85/GBP135.75 at the time of this listing) including postage and handling to anywhere in the world (but not, of course, any import duties/taxes imposed by some countries).

If you are interested in purchasing this marvellous illustration of a mythological fight—note how the artist has cropped the scene so that the figures’ weapons are not fully visible suggesting that the viewer is close to the “action” to heighten the effect of conflict—please contact me (oz_jim@printsandprinciples.com) and I will send you a PayPal invoice to make the payment easy. 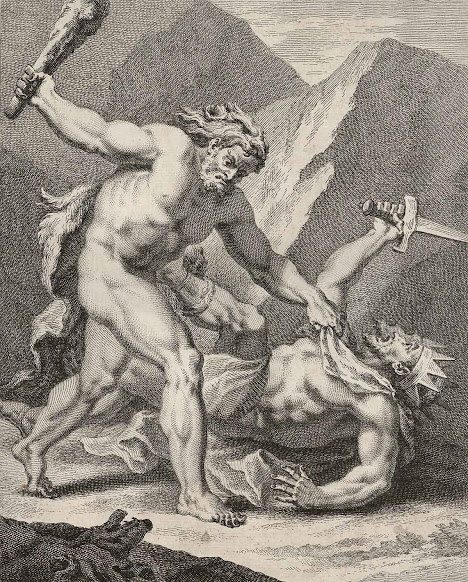 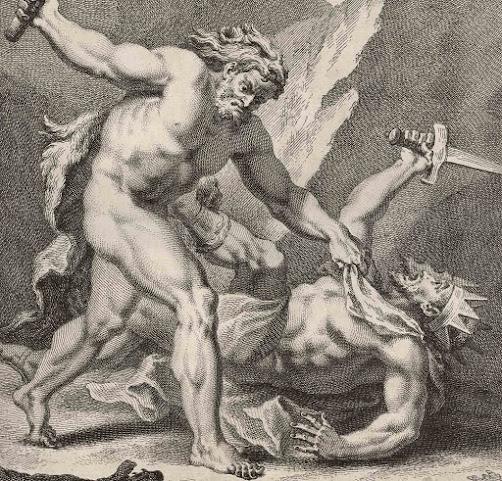 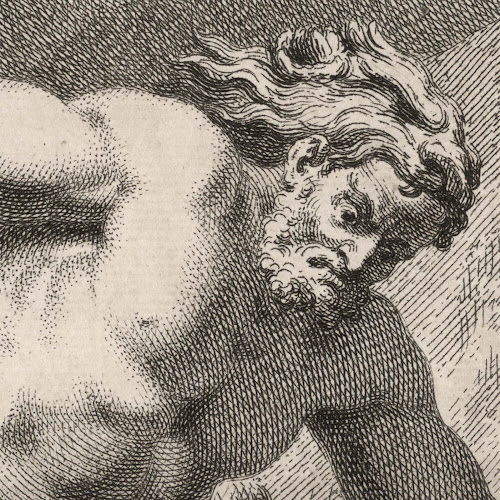 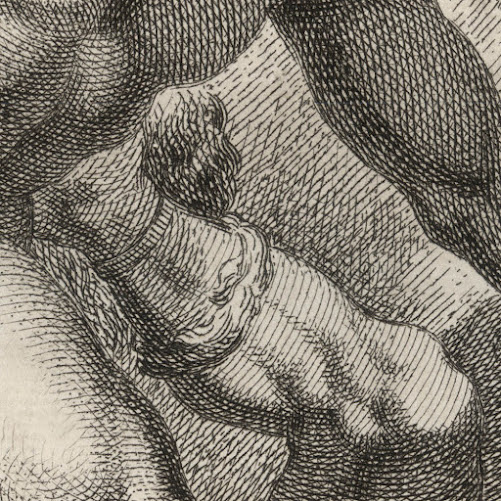 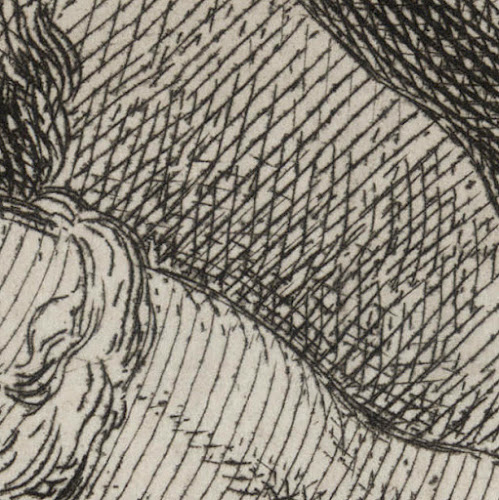 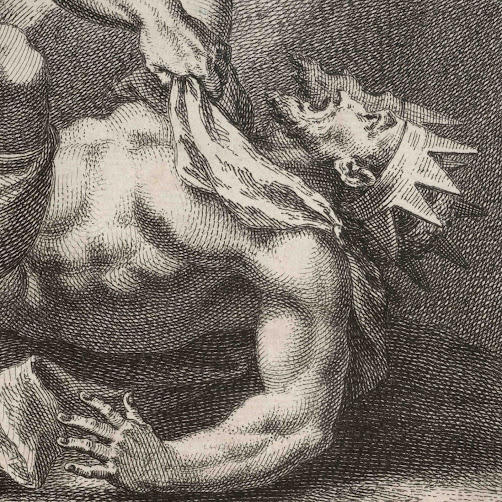 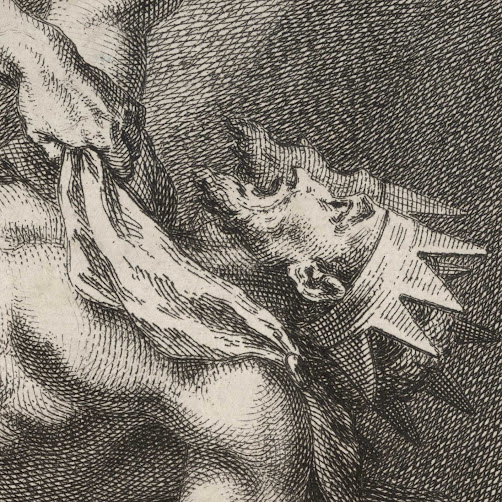 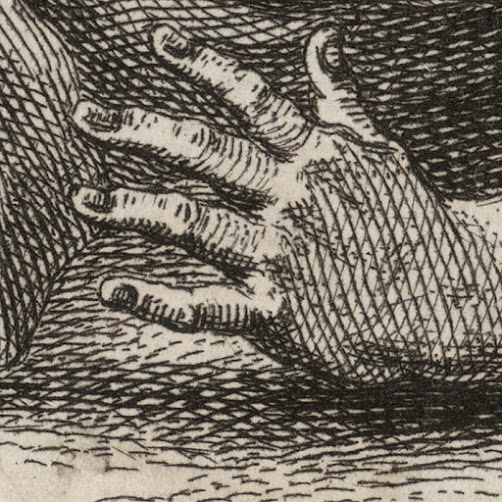 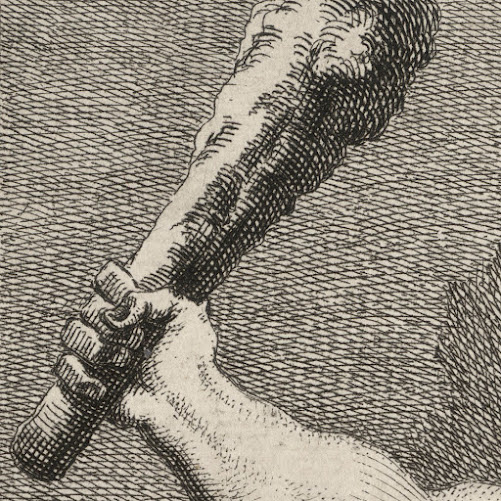 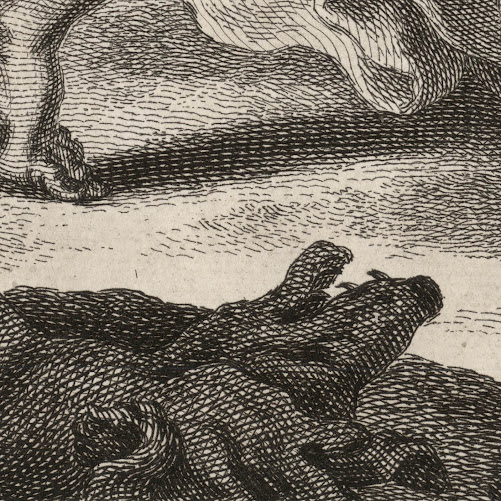 Posted by printsandprinciples at 23:32