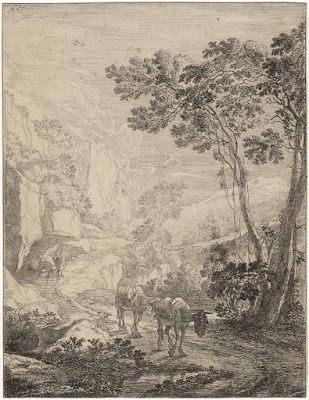 Condition: slightly grey impression trimmed to just outside the borderline but within the platemarks. The sheet is in good condition (i.e. there are no tears, stains, bumps or creases) but there is scattered light foxing that is not very noticeable and verso has remnants of previous mounting and an ink notation from a previous collector.

I am selling this original, rare and highly evocative print of mules laden with supplies on a mountainous route in the 17th century for AU$269 in total (currently US$193.28/EUR173.88/GBP132.18 at the time of posting this listing) including postage and handling to anywhere in the world.

If you are interested in purchasing this etching of everyday life filled with light, space and atmosphere by one of the major Dutch artists of the 17th century, please contact me (oz_jim@printsandprinciples.com) and I will send you a PayPal invoice to make the payment easy. 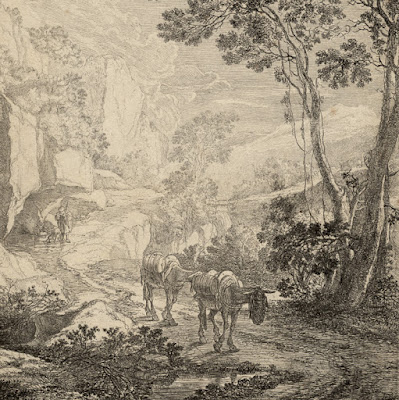 In a another post I have discussed how Jan Both (1618–52) employed the visual device of changing the angles of his hatched lines to capture the effects of light, so with this print I’ve decided to focus on a single but important distinction between the way that Both has portrayed this scene and the way that Both would have seen it through his eyes. The essential difference is all about monocular vision (i.e. how a single-lens camera would “see” the scene—or if the artist were looking through a single eye) and binocular vision (i.e. how the scene would look like looking through a pair of eyes).

In Both’s landscape, the viewer reads his portrayed landscape through a sequence of spatial zones, most likely starting in the foreground, followed by the middle distance and finally the far distance. In each of these zones, all the featured elements are treated with the same degree of focal clarity. For example in the immediate foreground the low shrubbery is rendered with a similar degree of focal definition as the ruts and pebbles on the ground. By contrast, in the middle distance the focus is less defined but all the landscape features in this zone have the same degree of focal blurriness. In short, the way that Both has portrayed this scene is very similar to the way that a photograph records a scene: in vertical planes of focus that are parallel to the camera lens.

By comparison to this monocular type of vision, if Both were looking through his two eyes at the same scene only a point of focus would be seen—albeit a constantly changing single point of focus—and away from this point of focus the clarity of his vision would deteriorate. 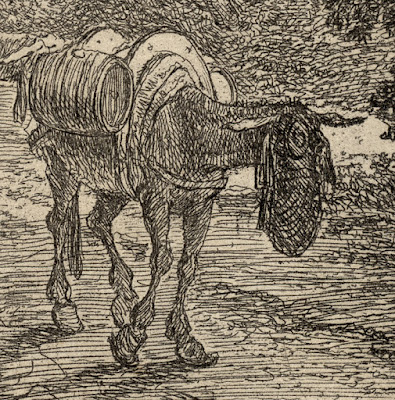 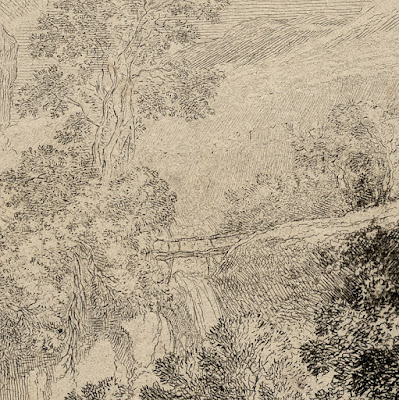 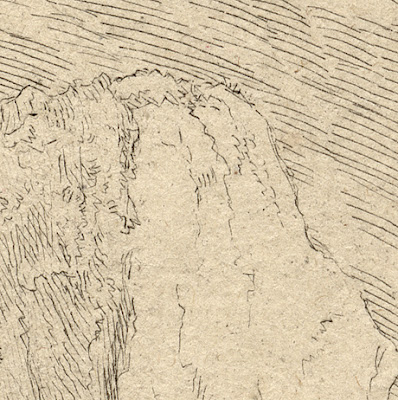 Posted by printsandprinciples at 22:10

Email ThisBlogThis!Share to TwitterShare to FacebookShare to Pinterest
Labels: Both