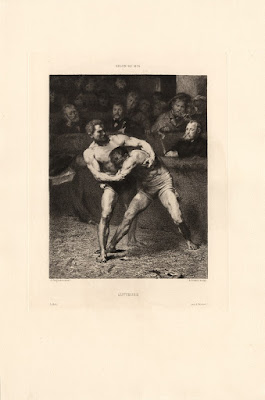 The British Museum offers the following description of this print: “Two wrestlers, with beyond spectators sitting in stands; after Falguières; plate from 'L'Art'. 1876” (http://www.britishmuseum.org/research/collection_online/collection_object_details.aspx?objectId=3368365&partId=1&searchText=lutteurs&page=1)
Condition: superb impression in pristine condition.

I am selling this finely executed etching of wrestlers for the total cost of AU$104 (currently US$75.52/EUR67.67/GBP51.56 at the time of posting this print) including postage and handling to anywhere in the world.

If you are interested in purchasing this forest scene exemplifying the spirit of the Barbizon School, please contact me (oz_jim@printsandprinciples.com) and I will send you a PayPal invoice to make the payment easy. 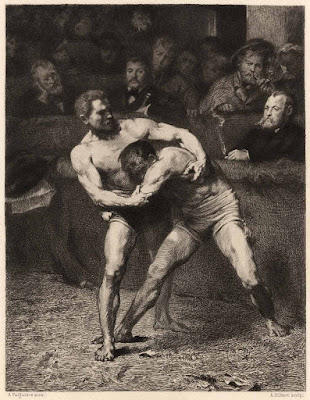 This etching by Gilbert is a graphic translation of a painting by Falguière, exhibited at the Paris Salon in 1875 and now in the collection of the Musée d’Orsay in Paris.

For those who are interested in fight scenes, I wish to draw a comparison between this etching of struggling wresters and the lithograph of pugilists battling for supremacy by George Bellows: “Stag at Sharkey’s”—arguably one of the most famous American prints of the 20th century.

At first glance there are many similarities connecting these two prints. For example, both prints showcase two figures joined in combat as the centre of attention. After a cursory glance, however, the differences become more apparent.

Beyond the strength of Bellow’s composition where the arrangement of the spectators augment the rhythm of the battling man-stags, there is a difference in how the frenzy of the fighters is portrayed. In the case of Gilbert’s etching, the figures are carefully balanced so that their distribution of physical weight makes them appear stable (i.e. they are unlikely to fall over). By contrast, Bellows makes the clash of his fighters top-heavy by “playing down”/minimising the viewer’s interest in the role that the fighter’s legs play in supporting the men’s weight.

From a personal standpoint, what Gilbert portrays is a TIMELESS moment in the fighters’ battle; whereas, what Bellows portrays is a SPECIFIC moment of fighters colliding mid-flight. 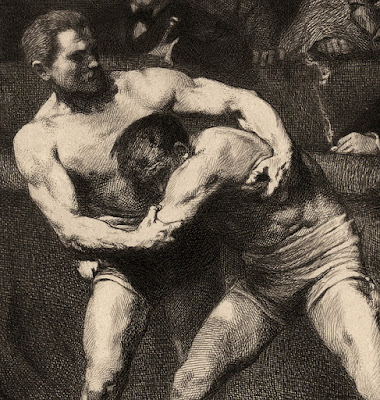 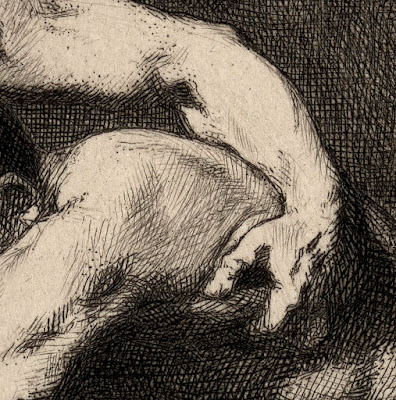 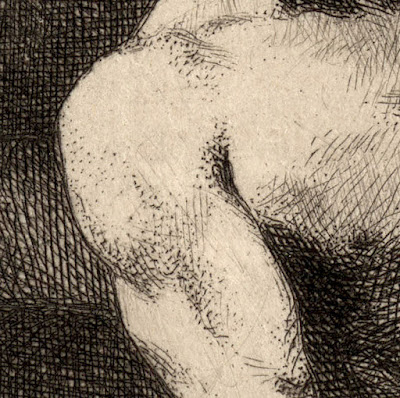 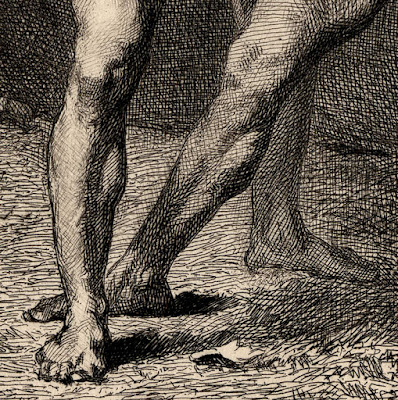 Posted by printsandprinciples at 12:16