Crispijn de Passe’s engraving, “Destruction of the Tower of Babel”, 1612 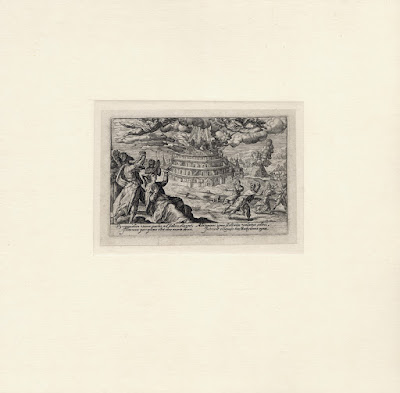 “Destruction of the Tower of Babel”, 1612, from the series of engravings made for the first edition of the “Liber Genesis.”

State i (of iii)
Note that my attribution of this print to the first state is because the impression is crisp with little sign of wear. Moreover, the copy held by the Metropolitan Museum of Art (see https://www.metmuseum.org/art/collection/search/414782) is numbered “26” below the Latin verses which this impression is not. Presuming that the numbering on the Met impression is on the plate rather than inscribed by hand (the number is not mentioned in the description by the Met) this may indicate that there are two states. Going further, the copy held by the Rijksmuseum (http://hdl.handle.net/10934/RM0001.collect.161323) I believe is a third state impression as the Latin verses have been replaced with Dutch text and the number “26” has been shifted to the far right corner. Note that there were three editions of this print and the final one (held by the Rijksmuseum) was published by Isaac Greve in Amsterdam between 1700–50.

The Rijksmuseum offers the following description of this print:
“God is destroying the tower of Babel. To punish the people for their pride, he confuses the language of the people, so that they can no longer understand each other. In the margin a two-line caption in Dutch.” (ibid.)

Condition: a strong, well-inked and faultless impression with small margins in near pristine condition (i.e. there are no tears, holes, folds, abrasions, stains, foxing or signs of use) laid on an archival support sheet.

I am selling this museum quality lifetime impression for AU$214 (currently US$168.31/EUR136.23/GBP120.99 at the time of posting this listing). Postage for this print is extra and will be the actual/true cost.

If you are interested in purchasing this small but magnificent and rare engraving—mindful that the British Museum does not hold a copy and the other major museums have later impressions—please contact me (oz_jim@printsandprinciples.com) and I will send you a PayPal invoice to make the payment easy. 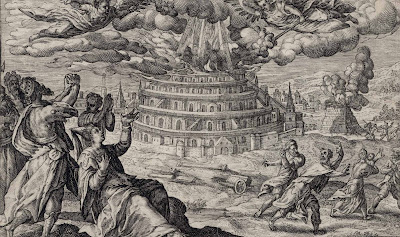 Sometimes it is the simple principles that make an image memorable. For instance, note how de Passe has visually explained the spatial positions of the figures in the lower left corner by modelling the closest two with light and shade rendered in contoured strokes set against the figures further back rendered as dark silhouettes with crossed hatched angled strokes while the sky beyond is treated in aligned horizontal lines. Note also how de Passe has connoted weight and mass in his representation of the clouds by darkening the lower aspects of their forms and ensured that there are no concavities within the complex of the cloud’s convex forms. To my eyes, one of the most simple and effective of all principles that de Passe employs is his use of dots to give a grit of surface texture to the landscape and the suggestion of rain drops to the radiating burst from heaven hitting the tower at its top. 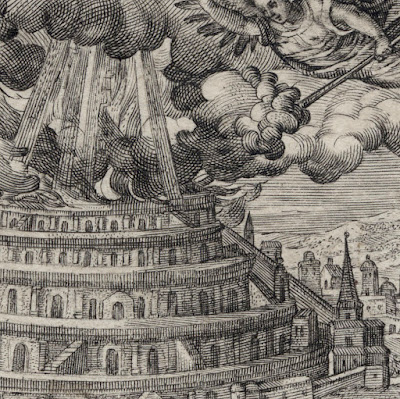 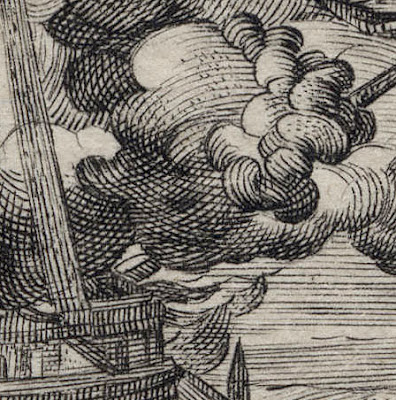 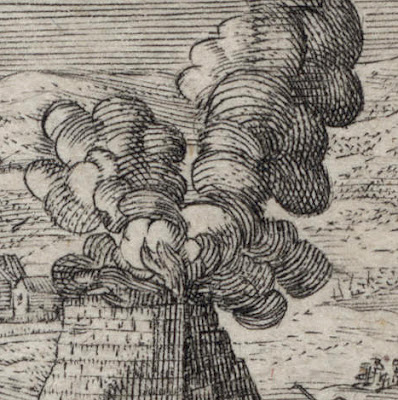 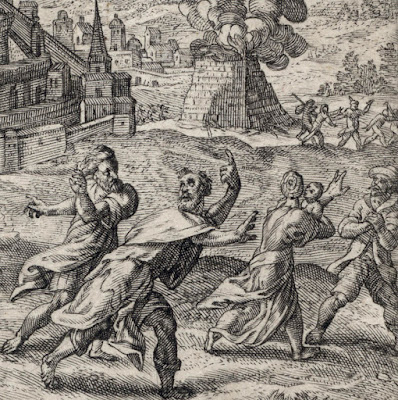 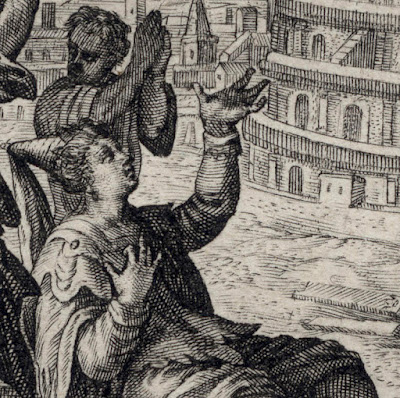 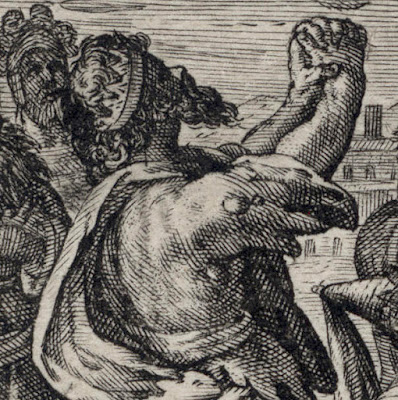 Posted by printsandprinciples at 06:25