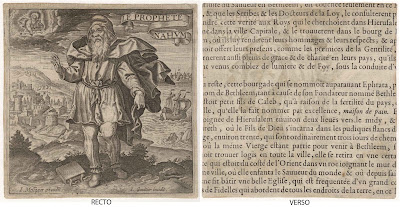 Condition: crisp impression with narrow margins and printed text verso. The sheet is in excellent condition for its age (i.e. there are no tears, holes, abrasions, stains, folds or foxing).

I am selling this spectacularly marvellous image of the Prophet Nahum—famous for his liturgical writings around the time of the downfall of Assyria (612 BC)— for AU$89 in total (currently US$66.16/EUR62.57/GBP53.08 at the time of posting this listing) including postage and handling to anywhere in the world. If you are interested in purchasing this early engraving in superb condition, please contact me (oz_jim@printsandprinciples.com) and I will send you a PayPal invoice to make the payment easy. 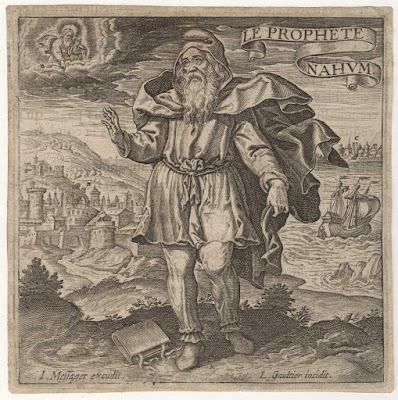 My understanding about prophets is very thin, but I do know that at the time when this print was executed that the meaning of prophecies was not limited to foretelling the future. The word "prophecy" also carried the meaning of proclaimed truth, in the sense that a prophet acted as a messenger for proclaiming God’s words.

I needed to address this meaning as it is important to the way that the Prophet Nahum—the ”comforter”—is portrayed. To illustrate Nahum's role as God's messenger who hears God's words and proclaims them to the world, Gaultier portrays God  at the upper left corner with hand gestures that I read as giving instructions to Nahum. The Prophet, shown in the foreground, mirrors the Lord’s raised right hand gesture as a symbolic way of showing the communion between God and the Prophet.

As a messenger of God’s words, the book shown at the Prophet’s feet is no doubt symbolic of his role on earth to share, communicate and proclaim the Lord’s words. Going further, I suspect that the sailing ship shown heading out to sea on the right is not an incidental scenic feature. I perceive that its role in this image is to symbolise the spreading of the Nahum’s prophecies. 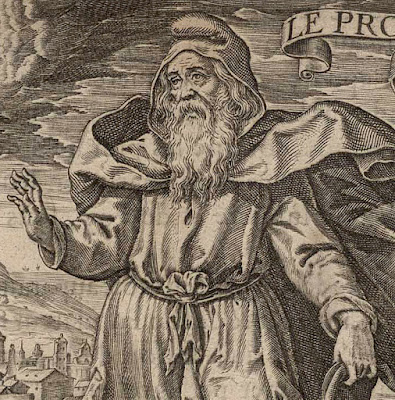 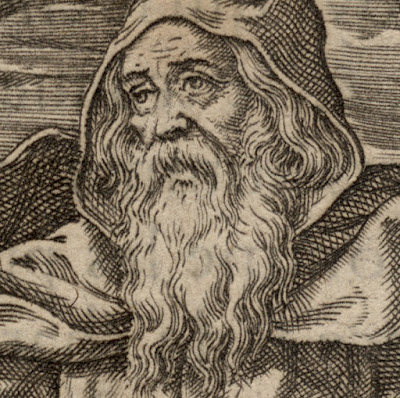 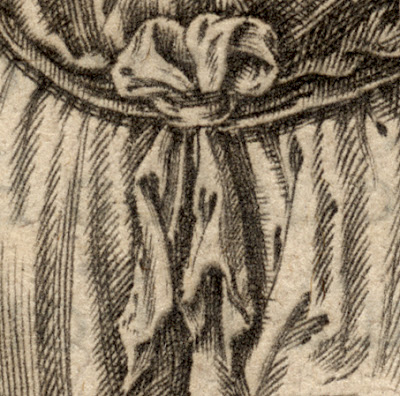 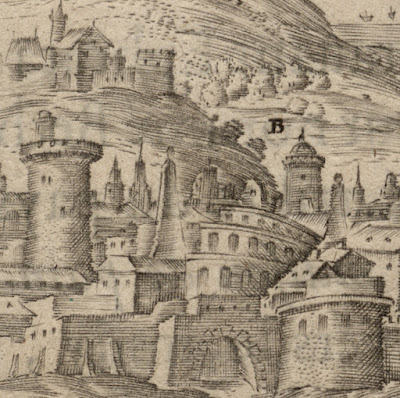