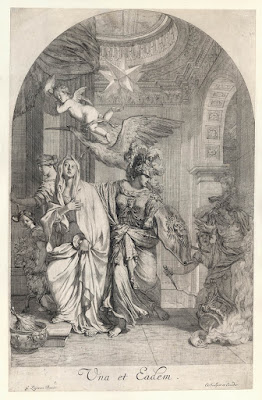 Although Hollstein does not provide information regarding the states of this print, I have seen a later state to this impression inscribed at the lower edge with Nicolas/Nicolaes/Nicolaum Visscher (most probably Nicolas Visscher II [1649–1702] as he published a collected edition of De Lairesse’s prints in “Opus Elegantissimum” [c1675]) as the publisher.

The Rijksmuseum offers the following description of this print:
“In a temple Minerva enjoys the personalities of the three virtues: Godliness (veiled woman); Innocence (young lady with lamb and lily in hand); Justice (blindfolded woman with scales in hand). Minerva looks threatening to the Evils who try to come to the right with a burning torch and dagger. They are blinded by the smoke coming from a fallen sacrificial colony. In the sky a putto flies with torch and a crane bird (symbol of alertness), a star hangs above. This image is a pendant of "Ubi Necessitas Speranda Benignitas". (http://hdl.handle.net/10934/RM0001.COLLECT.134863).
See also the description of the print at the Philadelphia Museum of Art: http://www.philamuseum.org/collections/permanent/22820.html?mulR=1138473503%7C11)

Condition: Excellent impression trimmed near to the platemark and laid upon a conservator’s support sheet. There are small replenished losses at the upper corner tips of the sheet and minor restorations of small abrasions.

I am selling this large etching by one of the most famous of the Dutch masters of the Baroque Age whose leanings to French tastes even earned him the nickname, the “Dutch Poussin", for AU$320 (currently US$252.48/EUR213.70/GBP194.21 at the time of this listing) including postage and handling to anywhere in the world.

If you are interested in purchasing this important allegorical print, please contact me (oz_jim@printsandprinciples.com) and I will send you a PayPal invoice to make the payment easy. 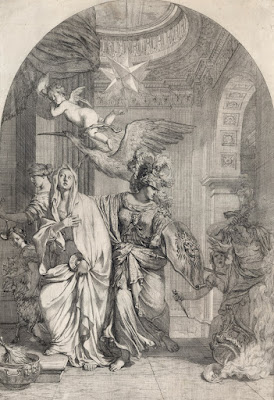 A very interesting point is raised in Wikipedia’s discussion about de Lairesse:

“In Amsterdam during the second half of the 17th century, the pious austerity and embarrassment of riches of the Protestant Dutch in Rembrandt's age had given way to unbridled opulence, even decadence, and de Lairesse's classical French, or Baroque, style fitted this age perfectly. It made him one of, if not the most popular painter in Amsterdam” (https://en.wikipedia.org/wiki/Gerard_de_Lairesse).

If I may add another dimension to this account, the notion of “unbridled opulence” extended beyond the subject matter portrayed. The light tonality of de Lairesse’s compositions—as exemplified in this print—when compared to the many dramatically dark chiaroscuro compositions of Rembrandt and his circle of artists may be read as a conceptual leap to a more joyful world.

Interestingly, I was kindly shown a photo this morning taken by my Instagram pal (https://www.instagram.com/manuscriptsok/) of a wall didactic in the Rijksmuseum that proposed that the “blond” tonality of de Lairesse’s prints was inspired by the Italian printmakers. What is certain is that de Lairesse’s had no problem drawing upon influences beyond the Netherlands. 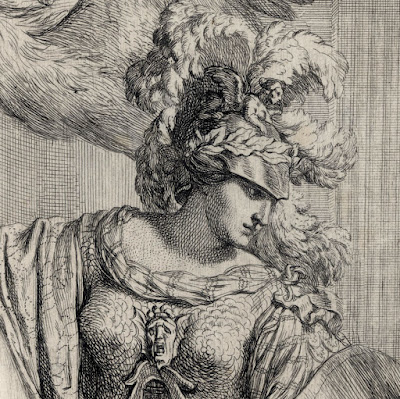 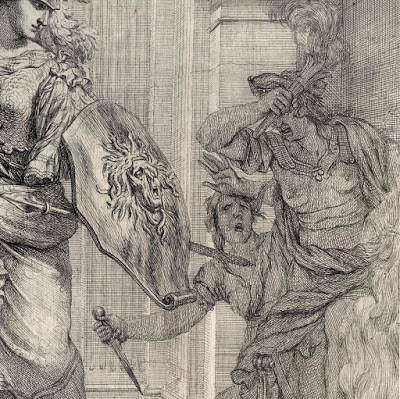 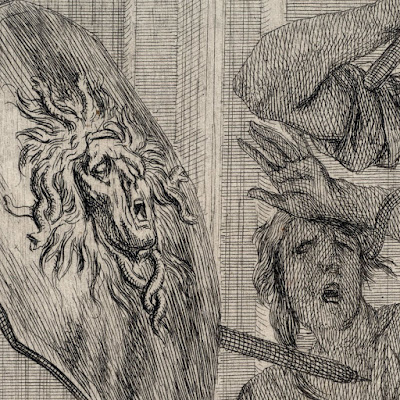 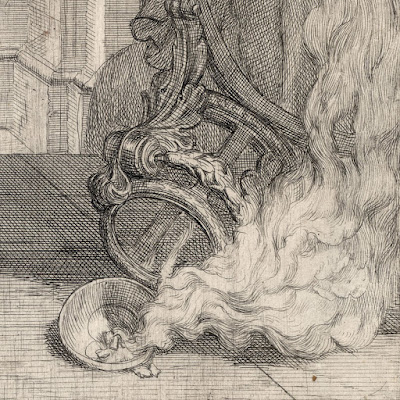 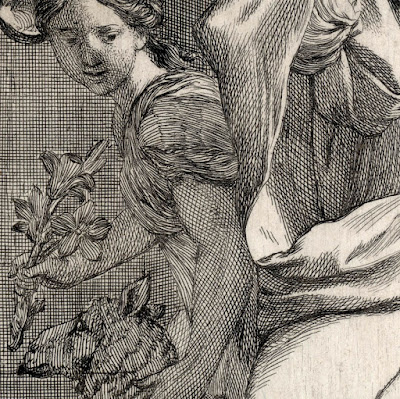 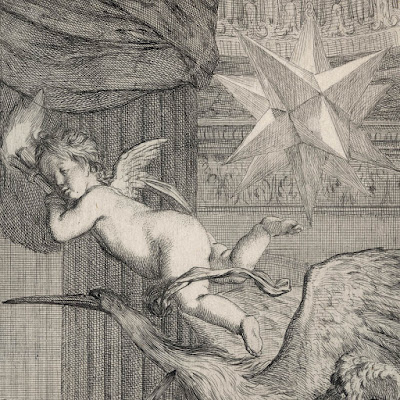 Posted by printsandprinciples at 07:27