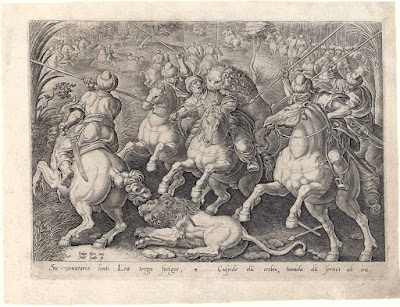 Note: according to the curator of the British Museum’s explanation about the series, this impression is from the first edition of 43 unnumbered plates that were all engraved by Philips Galle with a dedication page to Cosimo de Medici. After this edition the series was expanded to 104 plates engraved by A. Collaert, J. Collaert, C. Galle I and C. de Mallery with a dedication page to the jurist Henricus van Osthoorn en Sonnevelt (see http://www.britishmuseum.org/research/collection_online/collection_object_details.aspx?objectId=1619537&partId=1&people=93957&peoA=93957-2-70&page=1  and A. Baroni and M. Sellink, “Stradanus 1523-1605: Court artist of the Medici”, exh.cat. Groeningemuseum Brugge 2008-2009, Turnhout, 2012, pp.245–58, cat.nos.32–49.). In the later expanded edition of 104 plates, this plate was numbered “17” on the lower left.

The British Museum offers the following description of this print from the later edition when the plate was numbered:
“Plate numbered 17, Lion Hunt on Horseback; at centre, a lion is trampled by men on horseback, armed with spears, while another lion attacks the central horseman from behind, who attempts to retaliate with a dagger. Engraving”  (http://www.britishmuseum.org/research/collection_online/collection_object_details.aspx?objectId=1619831&partId=1&searchText=galle+lion+hunt&page=1)

Condition: luminous lifetime impression (see explanation above). There is a printer’s crease (i.e. a crease occurring during the printing process) running through the foreground lion and the margins of the print shows light signs of handling. There is a small tear (1 cm) in the upper right margin which has been addressed as the print is laid onto a support sheet of conservator’s fine archival/millennium quality washi paper.

If you are interested in purchasing this important print foreshadowing Ruben's "The Lion Hunt" (1621), please contact me (oz_jim@printsandprinciples.com) and I will send you a PayPal invoice to make the payment easy. 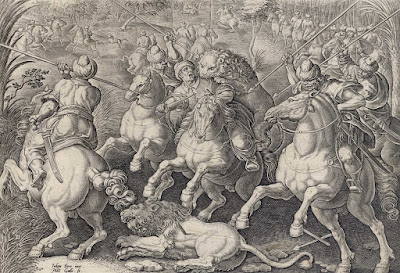 I suspect that most folk looking at this engraving would be reminded of Peter Paul Rubens’ famous painting, “The Lion Hunt” (1621). Beyond the fact that both compositions feature the same exotic subject of lions being hunted—hopefully a practice that will disappear forever—for me the connection that brings to mind Ruben’s painting is the pattern of radiating lines created by lances pointing towards the centre lion in both images set against the writhing rhythms of horses, lions and men.

What might surprise some viewers is that this print was executed 43 years before Rubens made his painting. 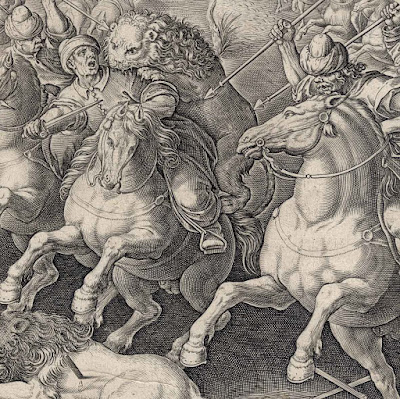 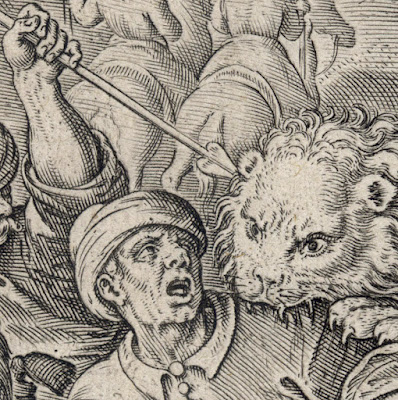 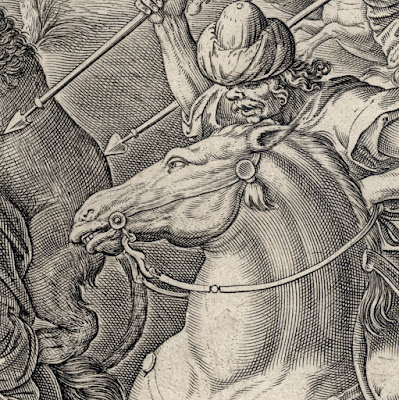 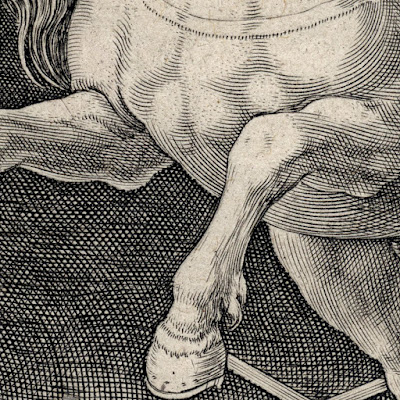 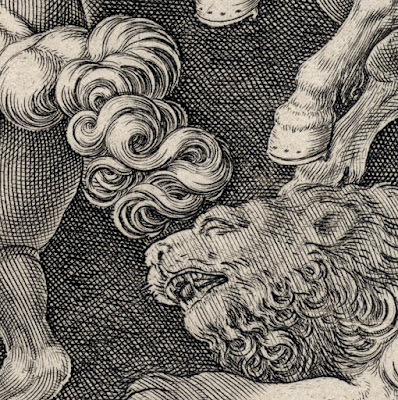 Posted by printsandprinciples at 08:55

Email ThisBlogThis!Share to TwitterShare to FacebookShare to Pinterest
Labels: Galle