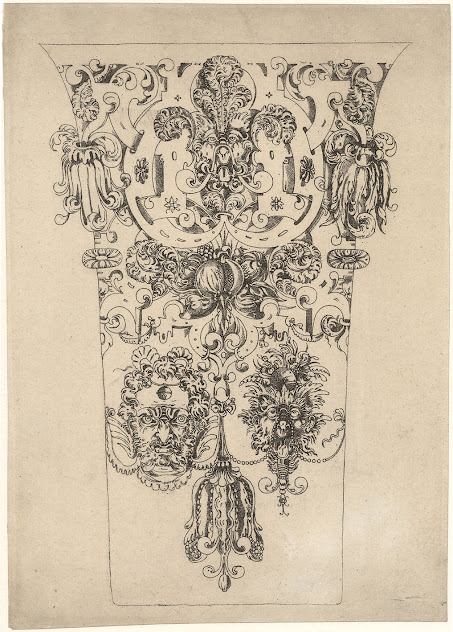 “Beaker with Mascarons, Strapwork. and Rinceaux Decoration” (descriptive title only), late 1500s, from a series of 40 plates designed as illustrations to Flindt’s pattern-books for the goldsmith trade. According to Jeffrey Chipps Smith (2014) in “Nuremberg, a Renaissance City, 1500–1618”, two of these books were published in Vienna (1592–93) and the third book was published in Nuremberg in 1594. Based on a faint pencil inscription verso to a print from the same series that I purchased along with this print (see earlier listing), I believe that this impression is from the Nuremberg edition, “Veel schoene stvcken om te dryven den govdt smeden dienelyck”. The title plate for this series (see http://hdl.handle.net/10934/RM0001.COLLECT.387321) has publication details of the Amsterdam publisher, Ahasuerus van Londerseel (aka Assuerus Londerssel) (1572–1635). Janet S Byrne (1981) in “Renaissance Ornament Prints and Drawings” (Metropolitan Museum of Art) offers the following interesting insight regarding the designs in the series:

“His forty plates illustrate cups, beakers, goblets, a ewer, a pricket candle-stick, a hanging lamp, and goldsmiths' flowers. Some of the objects were practical, but many others, too awkward to drink from, to pour from, or even to pick up, were meant to be shown on sideboards. Flindt offered several designs for columbine cups, a favorite Nürnberg type and a test piece for goldsmiths wishing to become masters in the guild. By the time these prints were published, Nürnberg goldsmiths no longer were required to make their own designs for the test pieces and could, therefore, use Flindt's.” (p. 102)

Punched stipple engraving on laid paper trimmed with a narrow margin around the platemark and backed with a support sheet.

Condition: a well-printed impression showing no sign of wear to the printing plate in an excellent condition with no tears, holes, abrasions, significant stains or foxing. The sheet has been laid upon an archival support sheet of millennium quality washi paper.

I am selling this remarkable stipple engraving inscribed with a goldsmiths’ hand-punch rather than a burin—a Punzenstecher’s (stamp engraver) technique arising from the practice of goldsmiths in the late 1500s to initially score dotted line guides before the formal engraving process and (sometimes) taking impression from the scored dot patterns (termed niello prints)—for the total cost of AU$234 (currently US$177.78/EUR148.91/GBP128.09 at the time of this listing) including postage and handling to anywhere in the world, but not (of course) any import duties/taxes imposed by some countries.

If you are interested in purchasing this early pattern design for ornamented beaker featuring three mascarons, pierced strapwork and rinceaux decoration, please contact me (oz_jim@printsandprinciples.com) and I will send you a PayPal invoice to make the payment easy. 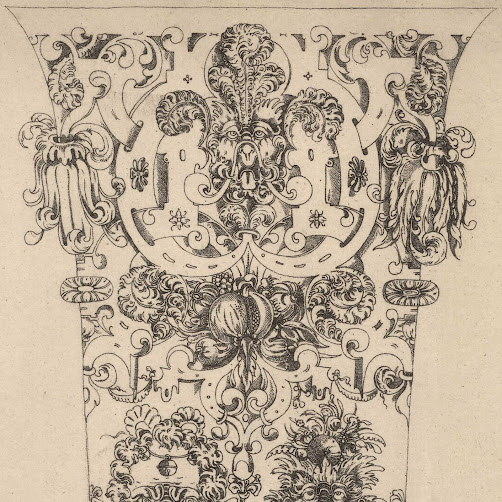 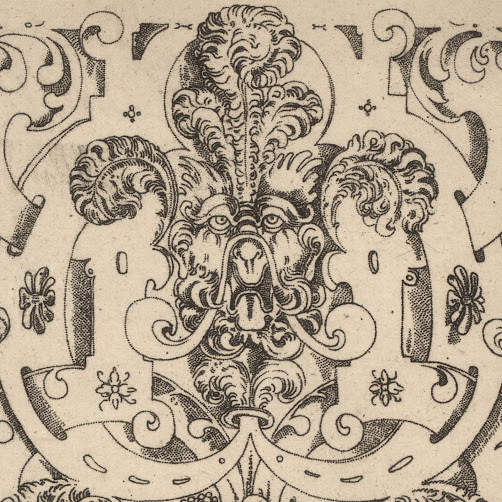 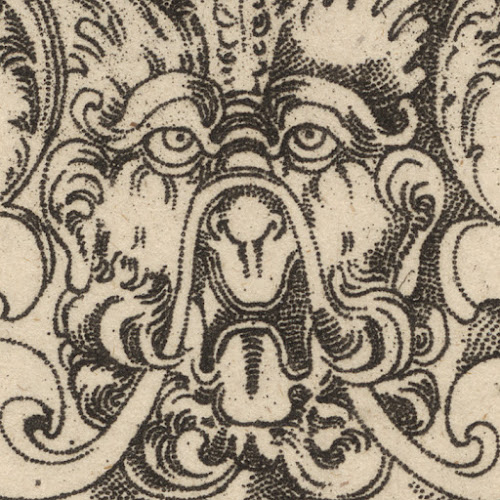 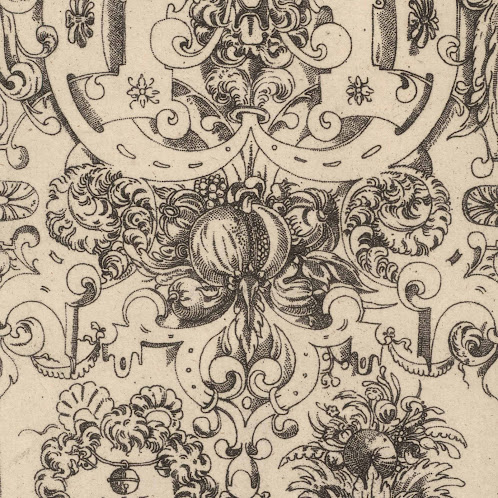 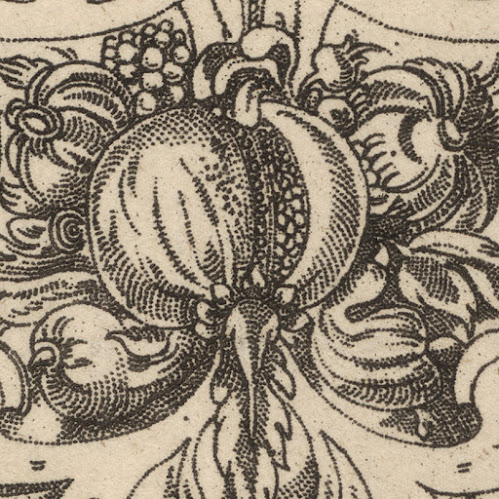 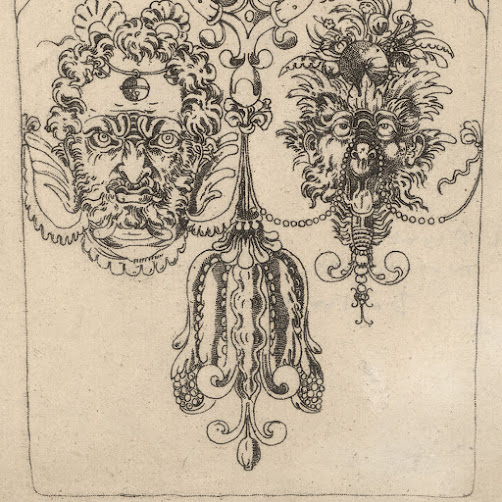 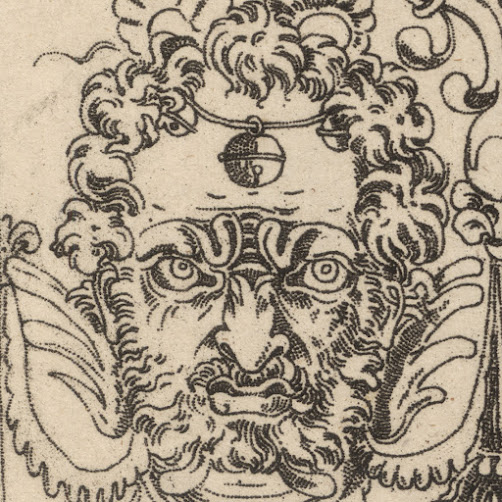 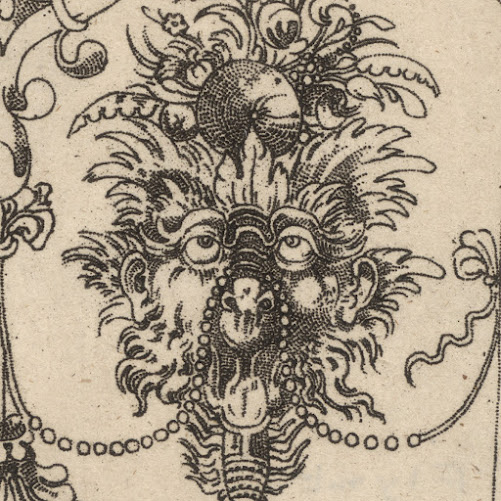 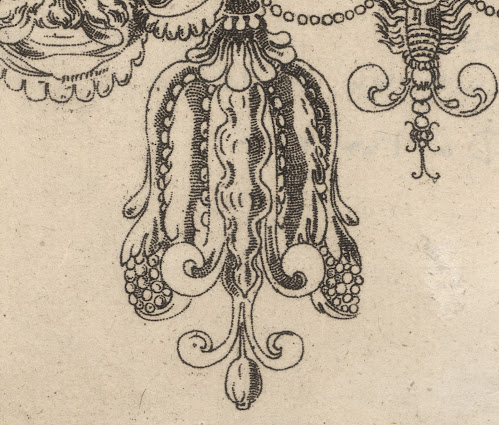 Posted by printsandprinciples at 01:50