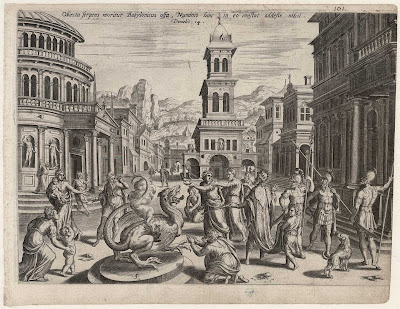 Engraving and etching on laid paper with margins on all sides except for the right side where the print has been trimmed along (or slightly within) the plate mark. The engraving is backed with a support sheet.
Size: (sheet) 26.5 x 34.3 cm; (platemark/image borderline trimmed on right) 24 x 33.2 cm.
Lettered on plate within the image borderline: (upper edge) “Obiecta serpens moritur Babylonicus ossa, Numinis hinc in eo constat adesse nihil./ Danielis, i4.”; (lower edge left of centre) “.5."
Inscribed by an old hand in ink: (upper right margin) “101.”

The Rijksmuseum offers the following description of this print from the third state:
(transl.) “Daniel stands with King Cyrus by the dragon of Babylon, who is worshiped by the Babylonian people. Daniel refuses to worship the dragon and asks the king for permission to kill the dragon without a sword or stick. Daniel is ready to feed the dragon a cake of fat, tar and bones. Therefore the dragon will be torn open inside and die.”
(http://hdl.handle.net/10934/RM0001.COLLECT.411234)

The British Museum offers the following description of a hand-coloured version of this print:
“At centre, Daniel, the King and other figures seen before a fuming dragon, one m[a]n bowing; a square with sumptuous buildings seen behind.”
(https://research.britishmuseum.org/research/collection_online/collection_object_details.aspx?objectId=1633282&partId=1&searchText=Vredeman+de+Vries&page=1)

See also the description of this print offered by the Metropolitan Museum of Art:
https://www.metmuseum.org/art/collection/search/658584?searchField=All&sortBy=Relevance&ft=Johannes+van+Doetecum+I&offset=0&rpp=80&pos=63.

For those who may be unfamiliar with the Old Testament verses, Daniel 14:23-27, that this engraving illustrates, the following translation (NRSVACE) may be helpful:

“Now in that place[a] there was a great dragon, which the Babylonians revered. The king said to Daniel, ‘You cannot deny that this is a living god; so worship him.’ Daniel said, ‘I worship the Lord my God, for he is the living God. But give me permission, O king, and I will kill the dragon without sword or club.’ The king said, ‘I give you permission. Then Daniel took pitch, fat, and hair, and boiled them together and made cakes, which he fed to the dragon. The dragon ate them, and burst open. Then Daniel said, ‘See what you have been worshipping!’”
(https://www.biblegateway.com/passage/?search=Daniel+14%3A23-42&version=NRSVACE)

Condition: strong and well-printed impression showing no sign of wear to the printing plate, trimmed along (or slightly within) the right platemark and laid onto a support of archival (millennium quality) washi paper. The sheet is in very good condition for its considerable age but with a repaired lower left corner.

I am selling this strong lifetime impression showing Daniel about to feed a cake make from pitch, fat, and hair to a dragon worshipped by Babylonians as a god with plan to make the revered dragon explode, for AU$380 in total (currently US$264.13/EUR236.82/GBP201.68 at the time of this listing) including postage and handling to anywhere in the world (but not, of course, any import duties/taxes imposed by some countries).

If you are interested in acquiring this curiously interesting engraving with an early depiction of a dragon created only 44 years after Michelangelo put down his brushes after painting “The Last Judgement”—and this is a lifetime impression from the time!—please contact me (oz_jim@printsandprinciples.com) and I will send you a PayPal invoice to make the payment easy. 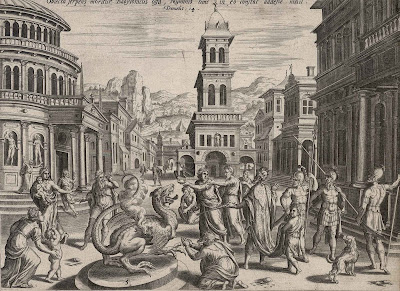 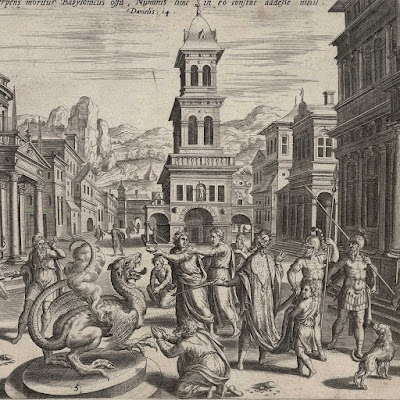 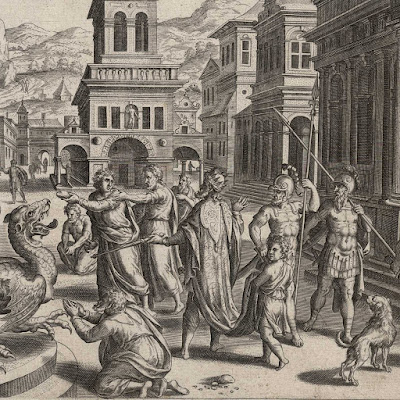 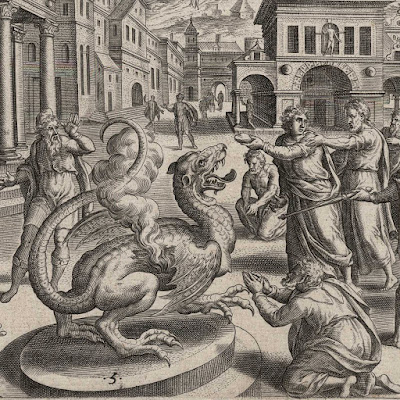 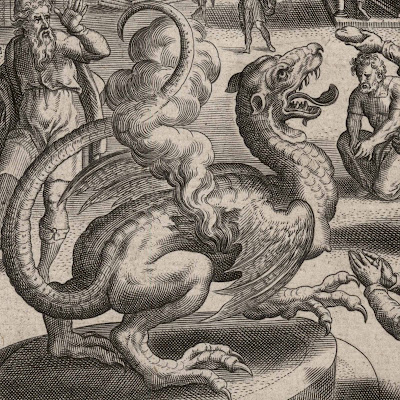 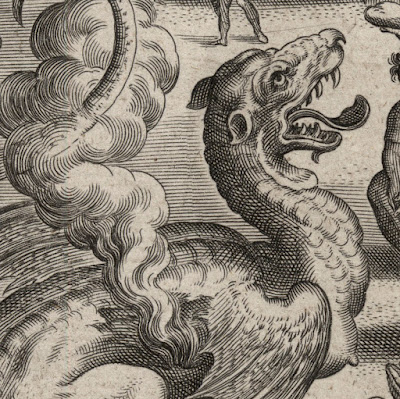 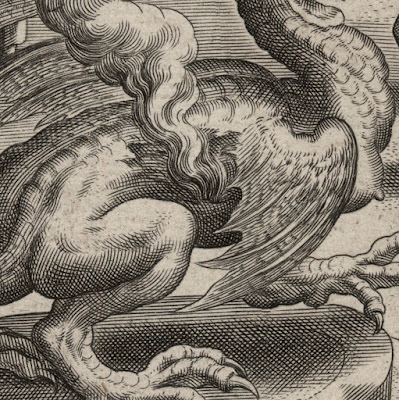 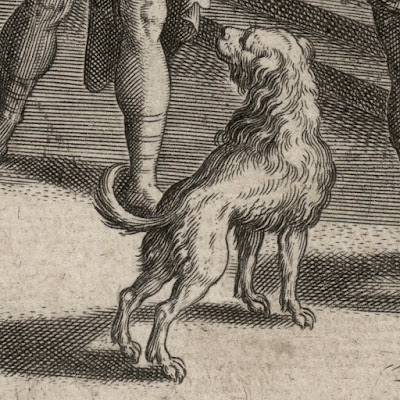 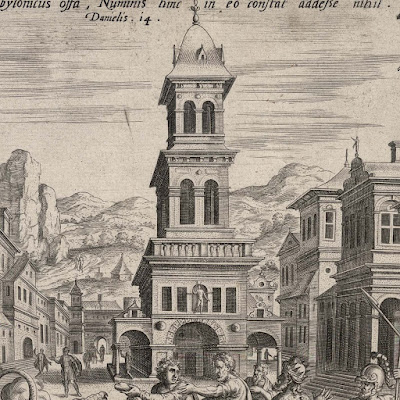 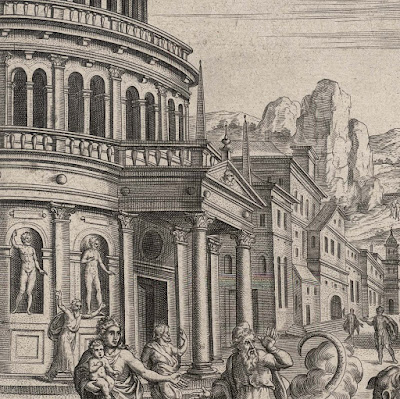 Posted by printsandprinciples at 03:31