Bernard Picart’s etching (with engraving), “Allegory of the History of the French Monarchy”, 1724 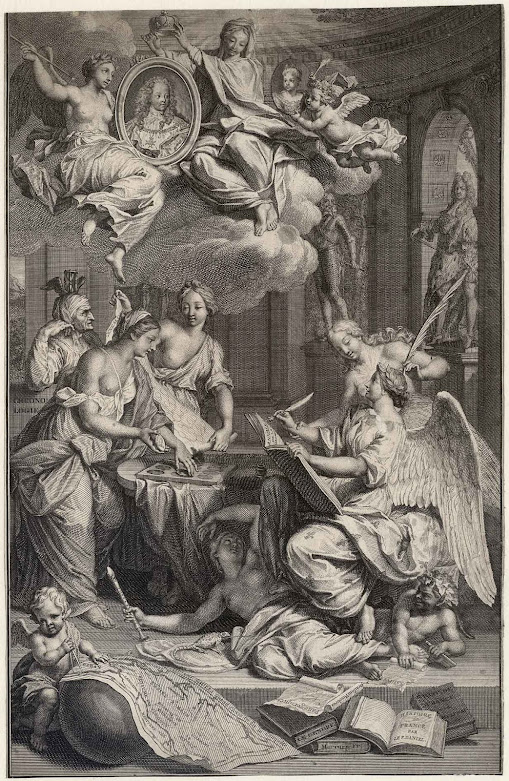 “In the Temple of Memory, decorated with statues of French Kings, History writes about the engagement of Louis XV with Maria Anna of Spain, guided by the personification of Truth; she tramples underfoot Flattery (woman with flute and chameleon) and Satire; on the left old woman crowned with wings and sandglass (Chronology), woman unrolling a family tree (Genealogy) and woman placing medals on a tablet (Metallic Arts); in the upper part, Fame holding a portrait of young Louis XV, which is crowned by allegorical figure of Providence; beside them, Marriage holds the portrait of Maria Anna; in the foreground, a winged Spirit measures distances on a map of France with a pair of compasses”

(Transl.) “History writes in her book about the true history of the French monarchy. She tramples on the allegorical figures of Flattery and Satire that lie at her feet. Next to her is Truth. On the other side of the table the female personifications of Medal, Chronology and Genealogy. In the air, Providence crowns the portrait of Louis XV borne by Fame. Amor holds the portrait of the Infanta Marianne Victoria of Bourbon, the then betrothed of the king. In the foreground a putto that draws the map of France. The company is housed in the temple of memory, which is decorated with the statues of French monarchs”

Condition: strong impression trimmed around the image borderline on the sides and lower edge and within the borderline at top with loss of image. There are small holes and tears (mostly restored) along with a few minor dot stains. The sheet is laid onto a support of archival (millennium quality) washi paper.

I am selling this very beautiful allegorical etching showing the personification of history recording the engagement of Louis XV to Maria Anna of Spain with the hand of truth guiding her account of history within the Temple of Memory, for AU$278 in total (currently US$202.59/EUR171.07/GBP152.58 at the time of posting this listing) including Express Mail (EMS) postage and handling to anywhere in the world, but not (of course) any import duties/taxes imposed by some countries.

If you are interested in purchasing this intriguing visual thesis addressing the various factors underpinning historical truth regarding the French monarchy (e.g. truth overrides flattery and satire, but is underpinned by tangible evidence, genealogy and chronology of events), please contact me (oz_jim@printsandprinciples.com) and I will send you a PayPal invoice to make the payment easy. 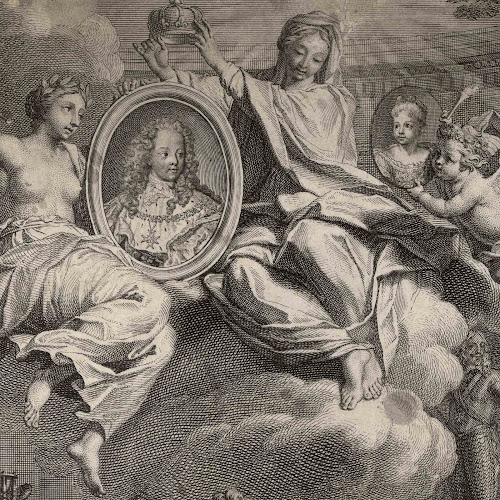 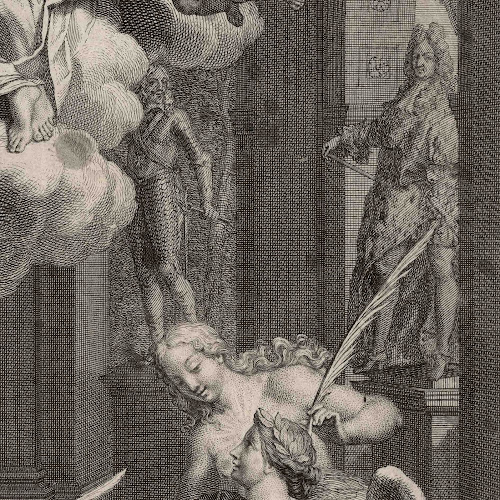 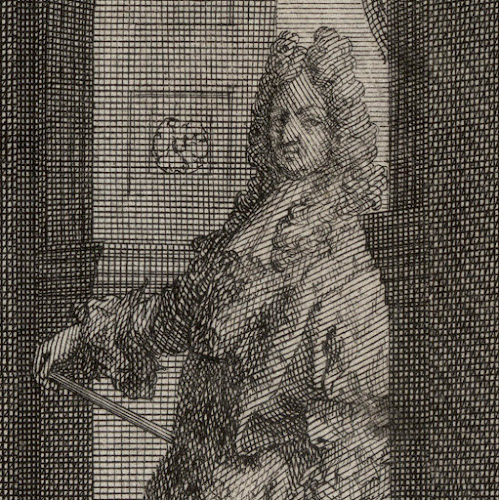 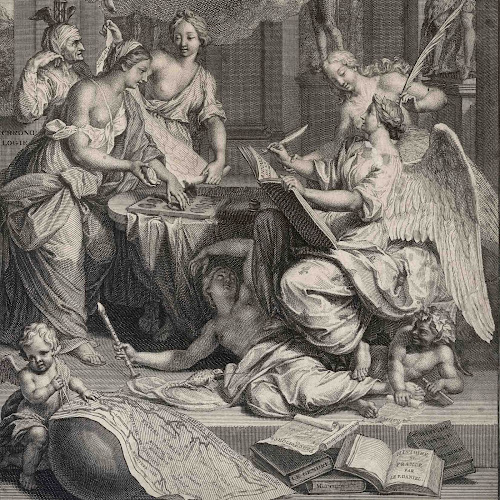 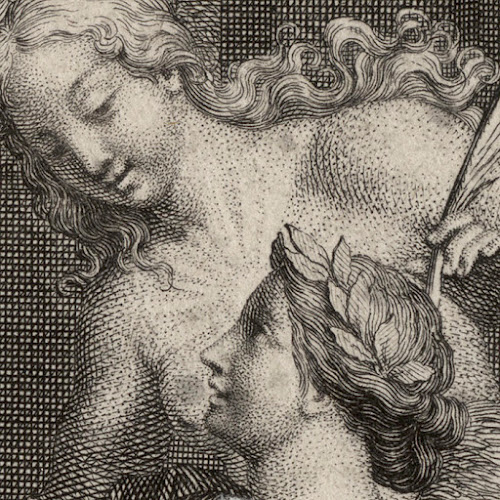 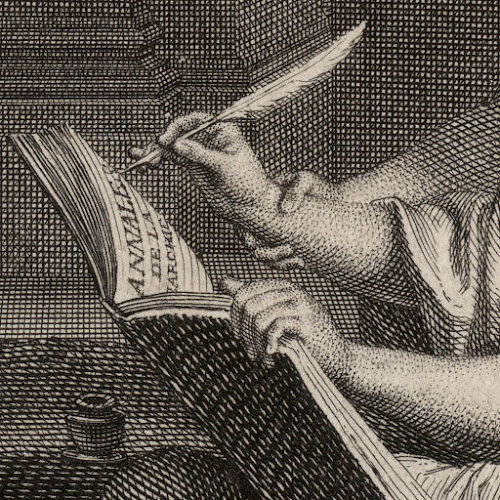 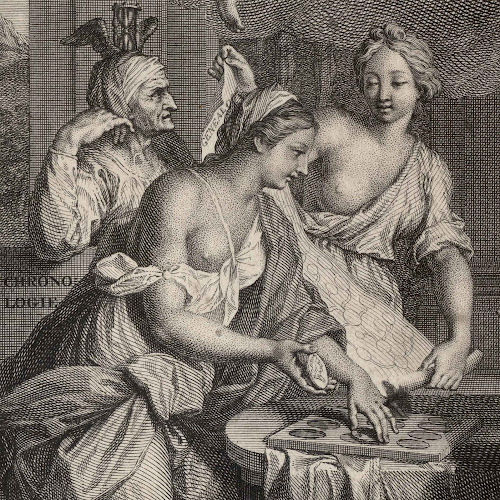 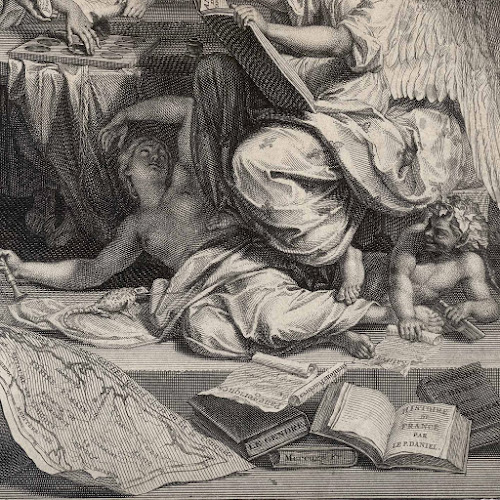 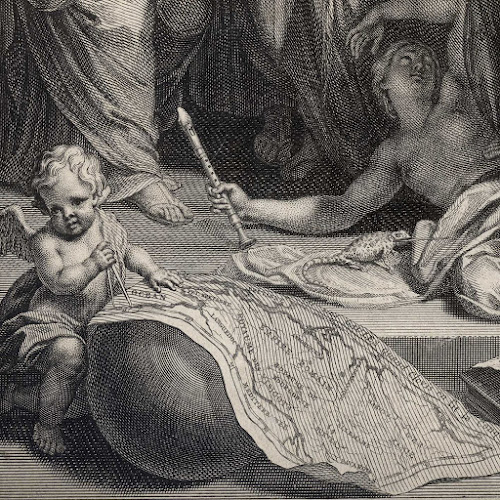 Posted by printsandprinciples at 04:31