Mariano Fortuny’s etching, “Portrait of the Painter Eduardo Zamacois Seated at a Table”, 1878 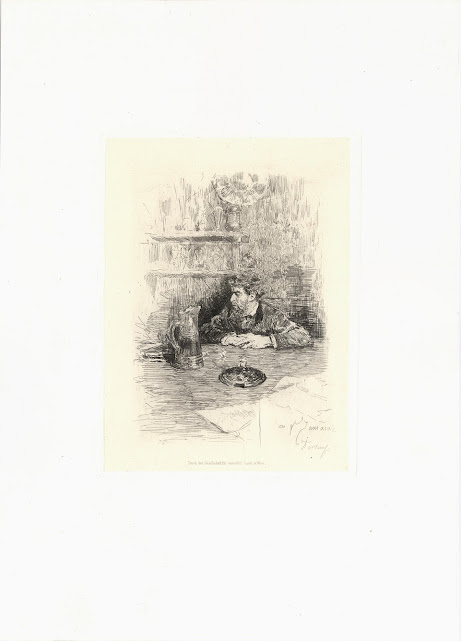 “Portrait of the Painter Eduardo Zamacois Seated at a Table” (aka “El Pintor Zamacois”), 1878, published in Vienna in 1880 by Druck der Gesellschaft für vervielfält (Society for Reproductive Art) in “Die Graphischen Künste” (The Graphic Arts).

The Metropolitan Museum of Art offers the following insight about this portrait and the sitter:

“Eduardo Zamacois y Zabala (1841–1871) was a painter of Basque ancestry who, after training in Paris, traveled to Rome in 1866 and befriended Fortuny. The inscription on this print—"A mi q. Zamacois" (to my dear Zamacois)—reflects their friendship. Recognizing Fortuny’s talent as a printmaker, Zamacois introduced him to the publisher Adolphe Goupil in Paris. Goupil offered Fortuny a contract and published all his etchings. The print was made after Fortuny’s reputation as a printmaker had been established. It is possible that he produced it as a token of his thanks to Zamacois for helping him in his career.”

Etching on cream chine collé on wove paper with wide margins as published.

Condition: a fine impression (as published) in pristine condition with no tears, holes, folds, abrasions, stains, foxing or signs of handling.

I am selling this sensitively executed etching by one of the major Spanish artists of the 19th century who is noted for his small broken strokes—a visual device that not only resonated with an Impressionist approach to rendering sparkling light, but also, as Philip Gilbert Hamerton reports in Joseph Pennell’s 1889, “Pen Drawing and Pen Draughtsmen”, because Fortuny saw “nothing in nature ‘that could be fairly interpreted by a long line’” (p. 28)—for the total cost of AU$347 (currently US$270.97/EUR224.69/GBP194.12 at the time of this listing) including Express Mail (EMS) postage and handling to anywhere in the world, but not (of course) any import duties/taxes imposed by some countries.

If you are interested in purchasing this exceptional portrait of the academic artist and friend, Eduardo Zamacois y Zabala, who had helped to establish Fortuny’s career and fame, please contact me (oz_jim@printsandprinciples.com) and I will send you a PayPal invoice to make the payment easy. 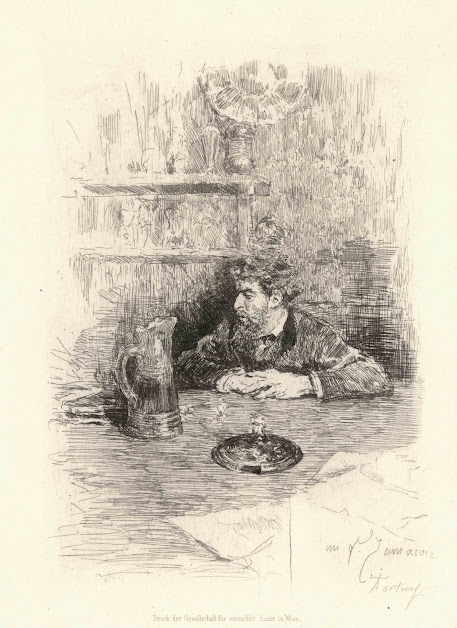 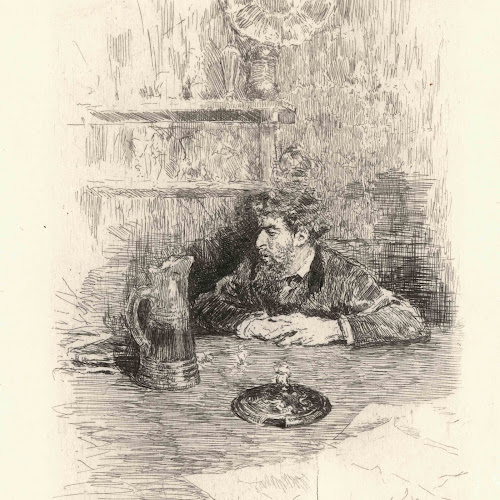 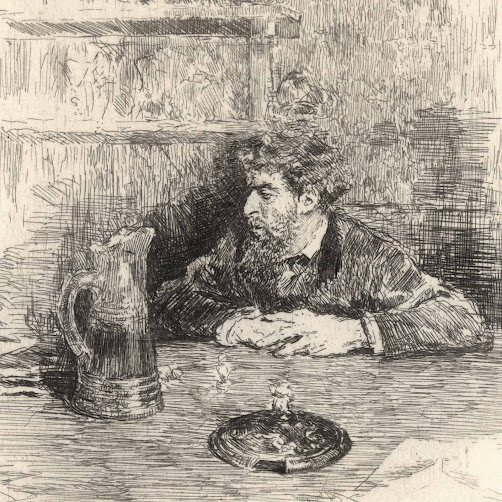 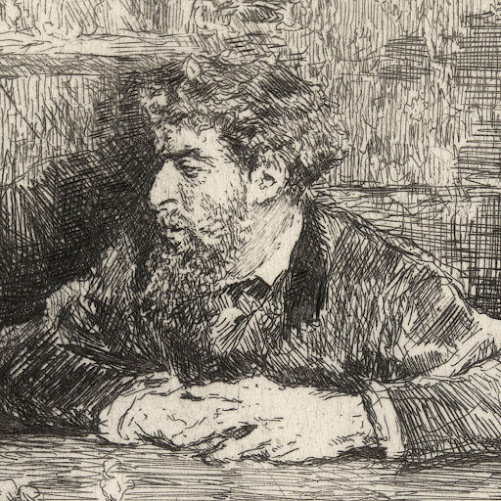 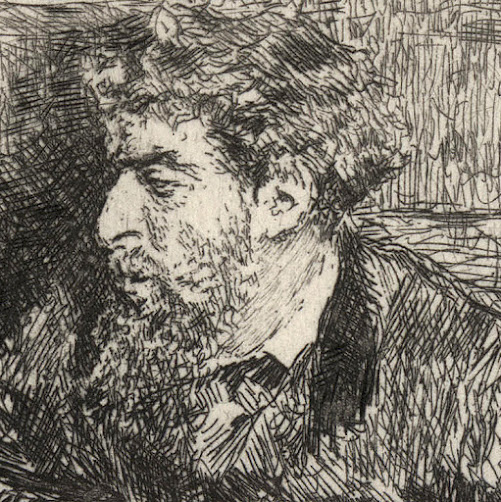 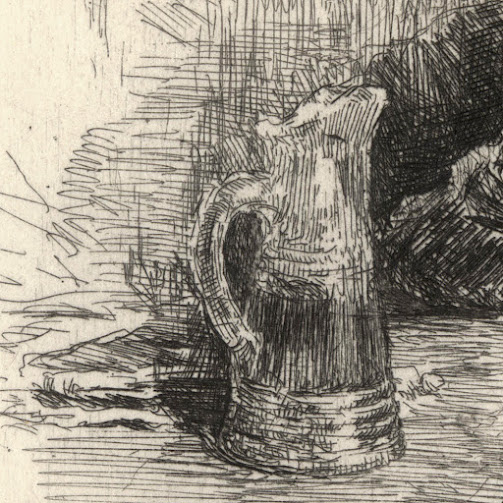 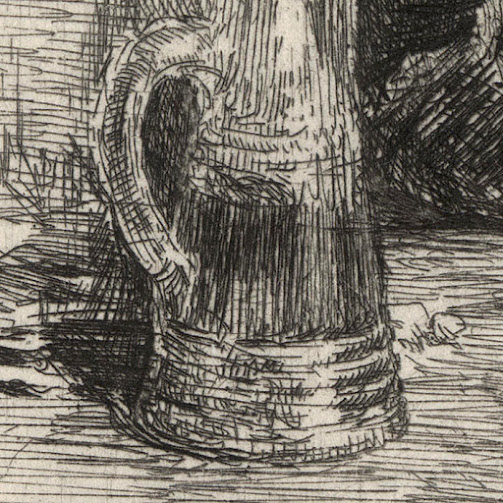 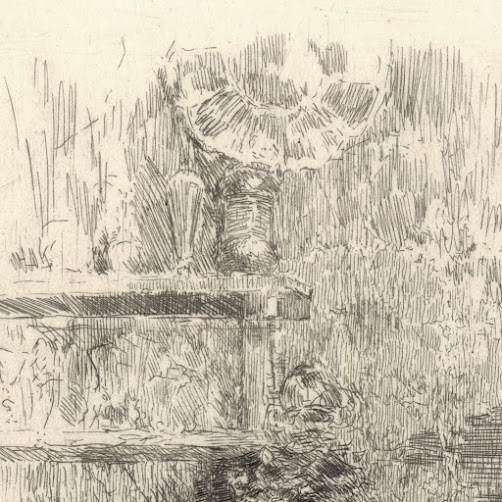 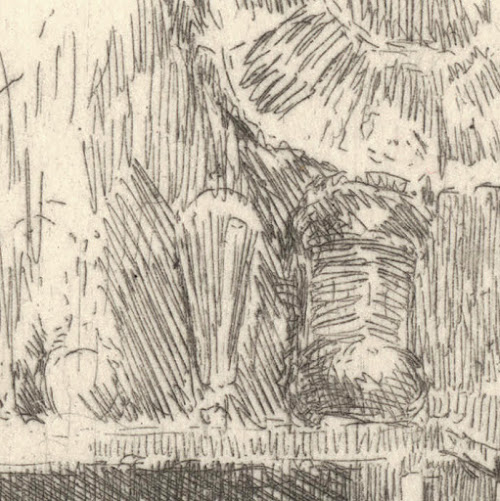 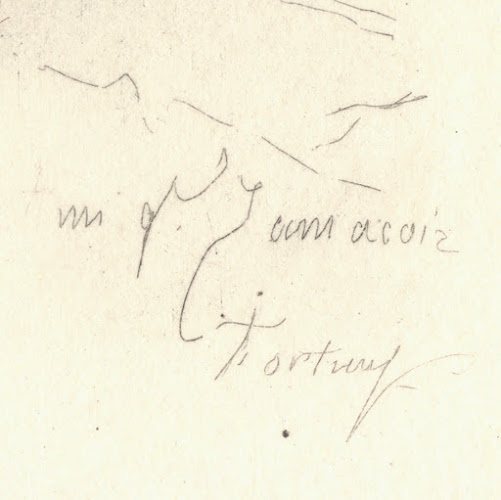 Posted by printsandprinciples at 23:57