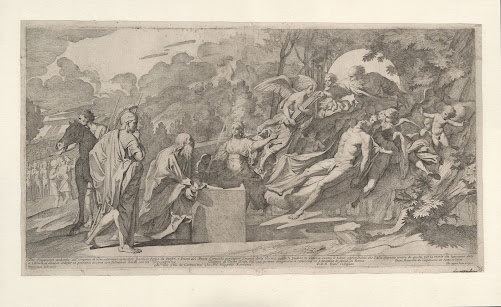 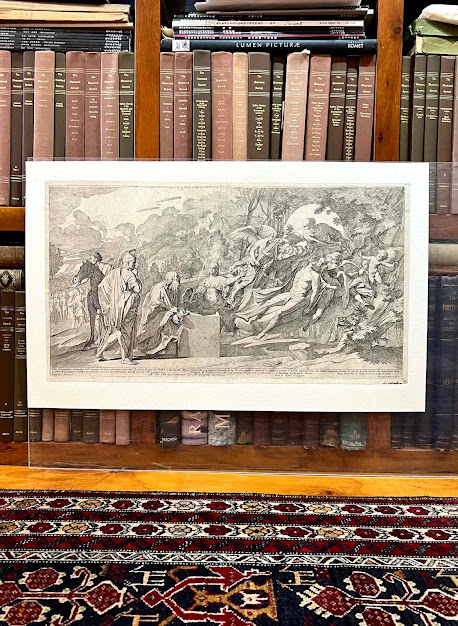 Regarding Pietro Testa’s pen and ink (with chalk) study, Elizabeth Cropper (1988), in her catalogue raisonné for Pietro Testa (Philadelphia Museum of Art), offers the interesting proposal by Ann Sutherland Harris that the drawing “might be an early falsification of a Testa drawing, made by someone familiar with the print and with such preparatory studies from the later 1640s”; nevertheless, Cropper advises that the “drawing is unquestionably by Testa …” (p. 238).

Etching on laid paper (with watermark) with small margins backed with a support sheet.

Cropper (1988) offers the following explanation of the portrayed scene: “The Emperor Titus, as he was going to take Jerusalem, consulted Basilides, the son of Prophets and the prior of Mount Carmel, to learn the outcome of the war; Basilides predicted that he would be victorious over the Hebrews, explaining that God was angry with them for having killed Christ, and that divine justice had to be satisfied by the fulmination of arrows against Jerusalem” (pp. 240–41).

The British Museum offers the following description of this print: “The prophecy of Basilides; the priest on Mount Carmel devines the fate of the Roman Emperor Titus at the left, while Justice points to a vision of the dead Christ at the right. c.1650-55/ Etching” (https://www.britishmuseum.org/collection/object/P_1870-0514-1324).

Condition: an excellent impression with a small margin around the platemark and laid onto a support sheet of archival (millennium quality) washi paper. The sheet is age-toned with spot stains and restored tears. There are ink remarks by an old hand in the margins and a flattened centrefold.

I am selling this very large and exceptionally rare etching of great beauty and pictorial complexity showing the prophet, Basilides, kneeling at an altar in front of the personification of Justice who points to a vision of Christ’s body supported by angels while God draws an arrow from a quiver held by an angel, for AU$632 (currently US$440.61/EUR420.92/GBP360.67 at the time of posting this print) including postage and handling to anywhere in the world, but not (of course) any import duties/taxes imposed by some countries.

If you are interested in purchasing this important and grand scale etching, please contact me (oz_jim@printsandprinciples.com) and I will send you a PayPal invoice to make the payment easy. 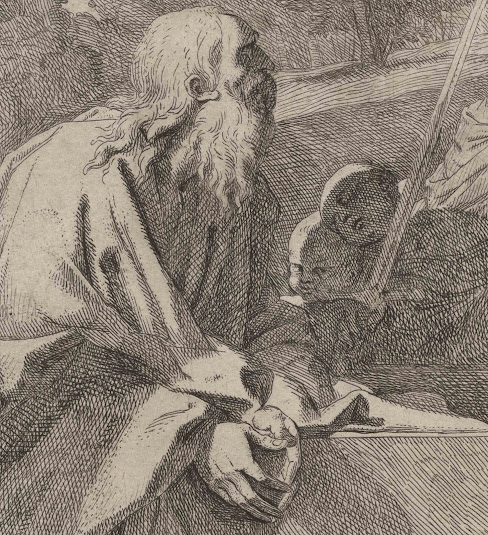 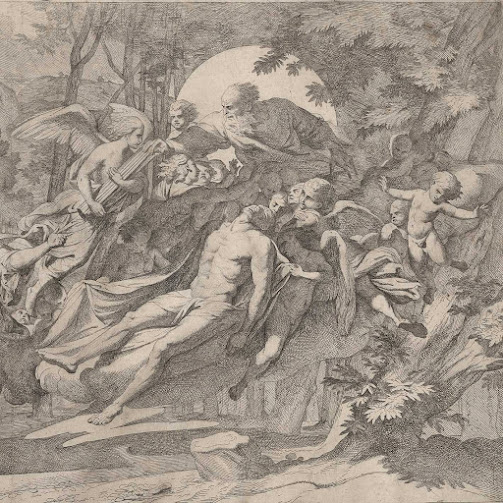 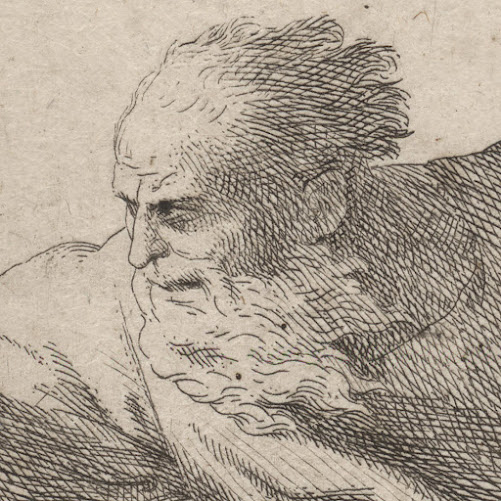 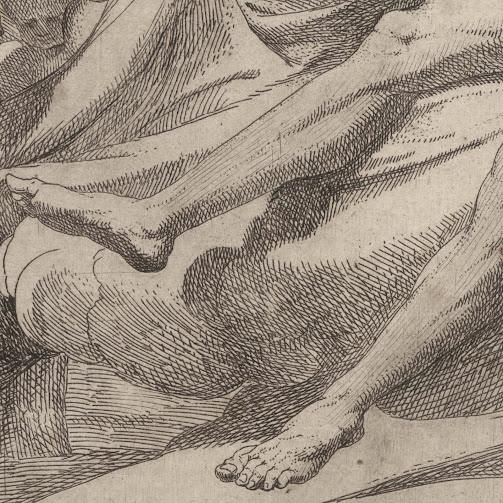 Posted by printsandprinciples at 04:57