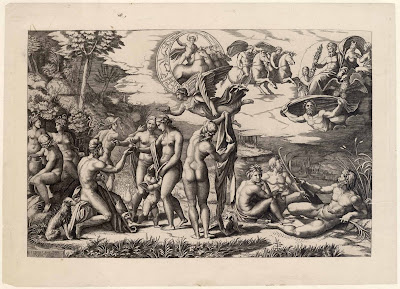 An unidentified master engraver (no date)
“The Judgement of Paris” after the engraving of the same name by Marcantonio Raimondi (c.1460–before 1534)
Engraving on laid paper lined on a conservator’s support sheet of fine washi paper
Size: (sheet) 36.5 x 50.5 cm; (plate) there is a plate mark but it is too faint for accurate measurement but it is approximately 33 (?) x 48.5; (image borderline) 29.3 x 33.1 cm
Inscribed with a direct copy of the lettering on Raimondi’s plate, including Raimondi’s monogram

I am not selling this engraving as it is clearly intended to deceive the market. In short, rather than being a reproductive engraving where the artist has translated another artist’s artwork in a way that retains the intrinsic hand of the reproductive artist, this is simply a well-executed but imperfect fraud. 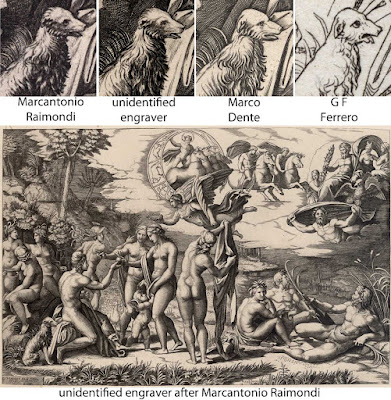 There are numerous prints on the market that are designed to deceive and this is one of them. Some of these reproductive prints are photo-mechanically produced—often called photogravures—that are hand-pulled impressions from metal plates but this print is not one of those. Usually photogravures are easy to spot. One attribute of a photogravure that may be seen under magnification is a honeycomb-like structure in the printed lines. Frequently, the plate edge also shows an angle of bevelling and a rounding of the plate corners beyond what most printmakers employ. Moreover, photogravures are usually either larger or smaller than the original prints that they reproduce to ensure that once the photogravures are released on the market they can be identified as they are not the same size as the original.

Whoever engraved this plate was a master engraver but the printmaker was not Raimondi and the difference is all about expressed meaning. For instance, in the details of the dog heads shown in the above details, Raimondi’s dog (shown on the left) embodies the character of a “real” dog whereas the other reproductive artists have perfunctorily copied the dog’s superficial appearance in varying degrees of success. Or to express this idea in different words, to copy a great master’s artwork an artist has to get “inside” the master’s head and to fully conceive and “feel” what is being portrayed. 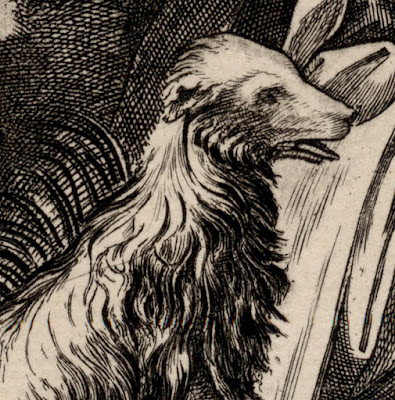 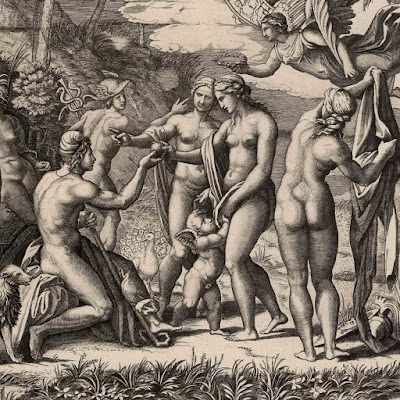 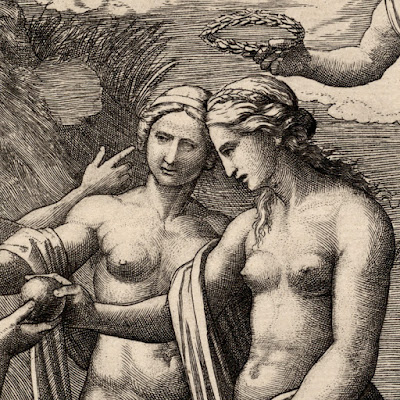 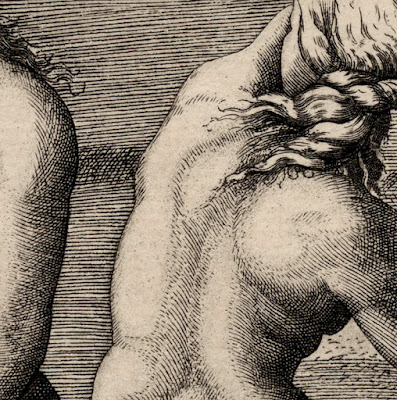 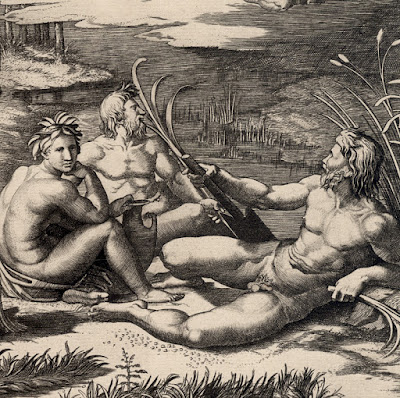 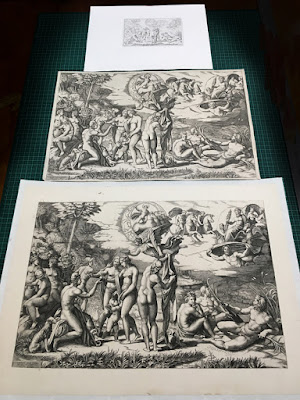 An overview of prints that I have featured in my gallery reproducing Marcantonio Raimondi’s engraving, “The Judgement of Paris”

Posted by printsandprinciples at 05:39